The March Music Days (Bulgarian : Мартенски музикални дни; Martenski Muzikalni Dni) is a festival, held annually for two weeks in the second half of March in Rousse, Bulgaria, which attracts many elite musicians.

The festival was established in 1961 as an initiative within the frames of the Bulgarian-German cultural cooperation, and is hosted by the Municipality of Rousse. Along its history the music event engaged a wide circle of national and international institutions, such as the Bulgarian Ministry of Culture, the Union of the Bulgarian composers, Bulgarian National Radio, Bulgarian National Television, and more recently British Council, Goethe Institute, Gaudeamus Foundation – the Netherlands, Pro Helvetia, [1] Hungarian Cultural Institute, the Embassy of Austria in Bulgaria, and the Institut Francais – Sofia among others.

The festival has hosted a number of premieres, opuses specifically composed for it, and remarkable visits, one of the most memorable being Dmitri Shostakovich's visit in 1965, when the premiere of Katerina Ismailova was staged by the Rousse State Opera. 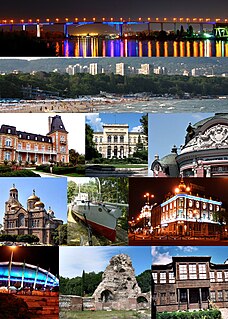 Varna is the third-largest city in Bulgaria and the largest city and seaside resort on the Bulgarian Black Sea Coast. Situated strategically in the Gulf of Varna, the city has been a major economic, social and cultural centre for almost three millennia. Historically known as Odessos, Varna developed from a Thracian seaside settlement to a major seaport on the Black Sea.

Ruse, is the fifth largest city in Bulgaria. Ruse is in the northeastern part of the country, on the right bank of the Danube, opposite the Romanian city of Giurgiu, approximately 75 km (47 mi) south of Bucharest, Romania's capital, 200 km (124 mi) from the Bulgarian Black Sea Coast and 300 km (186 mi) from the capital Sofia. It is the most significant Bulgarian river port, serving an important part of the international trade of the country. 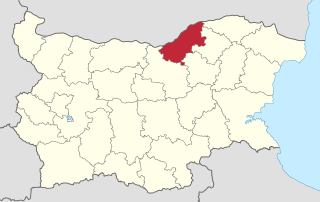 Ruse Province is a province in northern Bulgaria, named after its main city - Ruse, neighbouring Romania via the Danube. It is divided into 8 municipalities with a total population, as of February 2011, of 235,252 inhabitants.

Nayden Todorov is a Bulgarian conductor.

The Rousse Philharmonic Orchestra was a Bulgarian orchestra working between 1948–2010. Some of the best Bulgarian conductors—Konstantin Iliev, Dobrin Petkov, Sasha Popov, Russlan Raychev, Ilia Temkov, Alexander Vladigerov, Tzanko Delibozov and Georgi Dimitrov among others, have worked with this orchestra. Since 2005 the General Music Director of the Rousse Philharmonic Orchestra is Maestro Nayden Todorov. 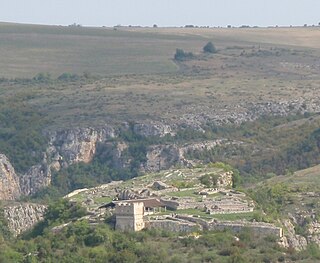 Ivan Vedar, born Danail Nikolov, a.k.a. Yani Ingiliz, Johny English, Ovanes Efendi, Denkooglu, was born in Razgrad, present-day Bulgaria in 1827. He is often referred to as the founder of freemasonry in Bulgaria. He was proficient in many Indo-European languages, Latin, and various Arabic dialects.

Music Idol was the Bulgarian version of the British television hit show Pop Idol. It was a talent contest to determine the superior pop performer. Its first season was aired on bTV from February 26 until June 7, 2007. During its third season, the show went international and auditions took place in neighboring Macedonia. Other major changes in the third season: minimum age for participants 13, more talk show than music, great accent on the hosts, hidden vote results, which makes it impossible to validate the result of each elimination. 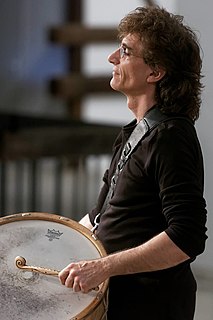 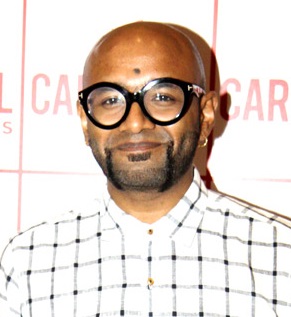 Benny Dayal is an Indian playback singer. He is a prominent singer in Hindi, Tamil, Telugu, Malayalam, Kannada, Bengali, Gujarati and Marathi languages films. He is a member of the band S5 launched by SS Music TV channel. He made his acting debut in the Malayalam movie By The People. The flick was a suspense thriller and all the songs were sung by S5 members and it was during that time when A.R. Rahman noticed him, and took an audition.

The Ruse Opera and Philharmonic Society is an opera company based in Ruse, Bulgaria, and founded in 1949. It took over the Rousse Opera Society, which had been created in 1914. The new company is one of the oldest state cultural institutions in Bulgaria. With a staff of schooled singers, a choir, the ballet, and the orchestra, there is maturity and the ability to perform a wide range of works.

Slivo Pole is a town in northeastern Bulgaria, part of Rousse Province. It is the administrative centre of the homonymous Slivo Pole Municipality, which lies in the northeastern part of the Province. The town is located five kilometres from the Danube, along the main road from Rousse to Silistra. As of December 2009, it has a population of 3,169 inhabitants.

Polski Trambesh is a town in central northern Bulgaria, part of Veliko Tarnovo Province. It is the administrative centre of the homonymous Polski Trambesh Municipality, which lies in the northeastern part of the Province. The town is located 36 kilometres from the provincial capital of Veliko Tarnovo, 45 km from Svishtov, 35 km from Pavlikeni, 33 km from Gorna Oryahovitsa, 22 km from Byala, Rousse Province and 40 km from Strazhitsa. As of December 2009, Polski Trambesh has a population of 4,546 inhabitants. 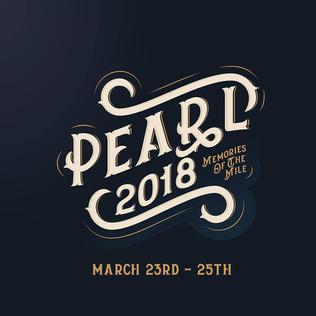 Pearl is the annual national cultural fest of BITS Pilani, Hyderabad Campus. Initially introduced in 2009 as an intra-college festival, a year after the foundation of BITS Pilani, Hyderabad, the fest grew into a national level college cultural fest with participation from more than 50 colleges across India with footfall around 8000. Pearl hosts a variety of cultural events and competitions which include music, dance, literary, photography and quizzing. The fest also hosts talks and pro-shows with celebrities and bands of national and international renown appearing and/or performing during the fest in the 9 years since its inception.

The Kuryokhin Center, or more extended the Sergey Kuryokhin Center for Modern Art, is a non-profit cultural centre in Saint Petersburg, Russia. The centre was founded in 2004 and named after the Russian avant garde composer Sergey Kuryokhin. The main space of the centre has a capacity of 2000 people. The venue is located in an old cinema building.

Downtown Contemporary Arts Festival is Cairo’s largest international multi-disciplinary contemporary arts festival. It takes place over three weeks each spring, since 2012, in multiple sites throughout Cairo’s city center. Established one year after the 25th of January 2011 revolution, D-CAF is an independent initiative of a group of organizations.