Margaret of Cleves, Duchess of Bavaria-Straubing

Last updated December 02, 2019
For other people of this name, see Margaret of Cleves (disambiguation).

Margaret of Cleves (c. 1375–14 May 1411) was a German noblewoman. A daughter of Adolph III, Count of Mark and Margaret of Jülich (making her sister to Adolph I), in 1394 she became the second wife of Albert I, Duke of Bavaria, though the marriage remained childless. The couple held court in The Hague. 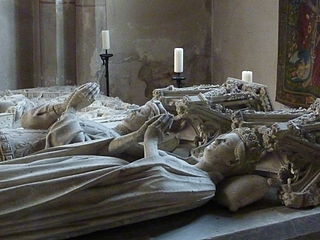 Margaret of Cleves (1416–1444) was a German noblewoman. She was the eldest daughter of Adolph I, Duke of Cleves and his second wife Marie of Burgundy. She married 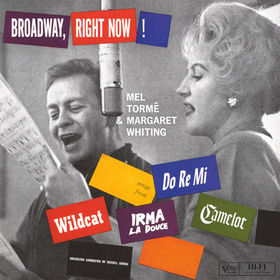 Broadway, Right Now! is a 1961 album by Mel Tormé and Margaret Whiting, arranged by Russell Garcia.

Philip I, Count of Nassau-Wiesbaden-Idstein was the only son of Count Adolph III and his wife Margaret of Hanau-Lichtenberg. After his father died in 1511, he ruled Nassau-Wiesbaden and Nassau-Idstein.

Adolph I, Count of Nassau-Wiesbaden-Idstein was a son of Count Gerlach I and Agnes of Hesse. In 1344, his father abdicated in favor of his sons. They ruled jointly until 1355, then divided their inheritance: