Margarita D'Amico (1938 – 12 October 2017) was a Venezuelan journalist, researcher, and professor who made a substantial impact on art criticism and cultural journalism in Venezuela. [1]

D'Amico graduated with a Bachelor in Journalism and Arts from the Central University of Venezuela (UCV) in 1961 and with a postgraduate in Audiovisual Information in the University of Paris in 1964. She became a professor at the Social of Communication Faculty of the UCV.

Until the end of her life, D'Amico explored subjects like the creation of images through new technologies, technological possibilities for expression, and other topics having to do with aesthetics and modern communication. 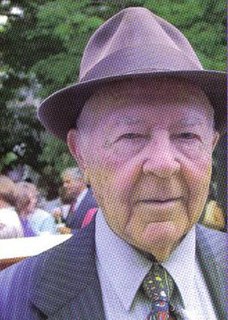 Tobías Lasser, was a recognized Venezuelan botanist, being a fundamental pillar in the creation of the Botanical Garden of Caracas, the School of Biology and the Faculty of Sciences of the Central University of Venezuela. He was born in Agua Larga, Falcón State, Venezuela. 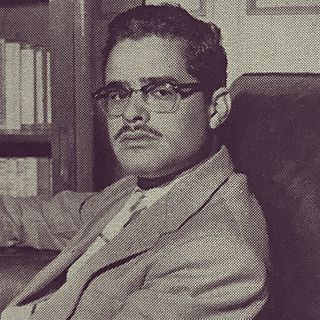 Adriano González León was a Venezuelan writer who is known in his country for the novel País Portátil (1968), widely regarded as the premier Venezuelan novel of the latter half of the 20th century, and for his many years of hosting a television program dedicated to promoting literary appreciation among the general public.

Lucia Raynero Morales is a Venezuelan historian, Andres Bello Visiting Fellow at the University of Oxford for 2009 - 2010 and a researcher at Universidad Catolica Andres Bello (UCAB). Before leaving to become the Bello Chair at Oxford, Raynero wrote a biography on José Gil Fortoul. She attended New York University's Multinational Institute of American Studies as a 1999 Fulbright Visiting Scholar. In 2009, Raynero was a member of the "La Independencia de Venezuela 200 años después" general public judging committee.

The Superliga Femenina is the top level league competition for women's football in Venezuela. The winner qualifies for the Copa Libertadores de Fútbol Femenino, the South American Champions League. The competition is organised by the Venezuelan Football Federation. In 2017 the league was made into a professional one. It was called the Primera División Femenina until then.

Edgar C. Otálvora is a Venezuelan intellectual, journalist, and politician who has held government and diplomatic positions. He is an expert in international politics and economics, and has distinguished himself as an analyst of Latin American topics, with a focus on military, diplomatic, and political issues. He has been a columnist in Venezuelans and Americans newspapers, in addition to directing the newspaper El Nuevo Pais in Caracas from 2006 to 2010. He is a professor at the Central University of Venezuela. He was a close collaborator of former Venezuelan president Ramón J. Velásquez. He has cultivated the biographical genre, being the first to write biographies of the 19th century Venezuelan presidents Raimundo Andueza Palacio and Juan Pablo Rojas Paul, as well as the Colombian president Virgilio Barco Vargas. Columnist in Diario Las Américas of Miami.

Centro San Ignacio is a Venezuelan shopping mall and office complex which opened in September 1998. It won recognition for Latin American contemporary architecture with the Mies van der Rohe Award that year. The mall is in La Castellana in the Chacao area of Caracas. It was built on athletic fields next to San Ignacio Jesuit College from early 1993 to late 1998, and is managed by the Fondo de Valores Inmobiliarios.

Alirio Palacios was a Venezuelan visual artist known for his drawings, graphic designing, printmaking and sculpture. Horse figures were often motifs of his graphic art and sculpture, an obsession he developed during his long stay in China. Among other awards, Palacios won the National Prize of Plastic Arts of Venezuela in 1977. His work is on display in museums and public sites internationally, including the presidential Palace and the National Supreme Court in Caracas, the Casa de Las Américas in Havana, and the University of Edinburgh where Palacio's portrait of the first Venezuelan President Jose Maria Vargas is on permanent display.

The Centro Nacional Autónomo de Cinematografía (CNAC) is the governing body of the Venezuelan cinema created by the Venezuelan government in 1993. It is responsible for selecting the films which will represent Venezuela in international film awards like the Academy Awards and Goya Awards. It is headquartered in Los Ruices, Caracas.

Andreina Gómez is a Venezuelan filmmaker, ethnologist, and founder of Salinas Producciones C.A. Her documentaries feature cultural and ethnological themes discovered in her research, with her major work focusing on music. She is known for her work as a producer for Water Drums, an Ancestral Encounter which explored how African musical influences appear in Venezuelan music. As of 2015 she was in production for Teresita y El Piano, a documentary of the life of Teresa Carreño. Her productions have appeared in several international film festivals and academic institutions. In addition she works to promote cultural outreach through her films, both within Venezuela and internationally.

Rafaela Requesens is a former president of the Federation of the Students Center of the Central University of Venezuela (FCU–UCV), an organiser of student protests in Venezuela, and an activist in the country. She was a prominent figure of the 2017 Venezuelan protests, along with her brother, Juan Requesens, and has since become a prominent democracy activist.

Margarita Morselli is an artist who is considered a pioneer in the use of a video as a form of artistic expression in Paraguay. The work she presented was on abstraction with references to real spaces.

The Covered Gymnasium of UCV is a multi-purpose gym located in the University City of Caracas. Its spaces are public property that is administered by the Central University of Venezuela through the UCV sports department.

Francisco Narváez was commissioned to create pieces for the University City of Caracas campus in 1949, initially working between 1950 and 1953, with other pieces added later. The artworks include stone and metal statues, busts, reliefs, and various material of murals. Three of the statues are made of Cumarebo stone: El Atleta, a large statue in the sports complex, and La educación and La ciencia in the medical complex. The Cumarebo stone is a favourite material of Narváez. Two sculptures of the esteemed doctor José Gregorio Hernández and President José María Vargas grace the campus grounds.

Gonzalo Himiob Santomé is a Venezuelan lawyer, writer and activist. He is a founding member of the non-governmental organization Foro Penal and is currently its vice-president.

Venezuelan artist Mateo Manaure was commissioned to create pieces for the University City of Caracas.