Maria-Victoria Drăguș (born 1994) is a German-Romanian actress. Her film credits include If Not Us, Who? , Draussen ist Sommer and Kill Me . One notable role was in Palme d'Or-winning 2009 film The White Ribbon . [1] She has had reoccurring roles in the television programs Dance Academy and Leipzig Homicide . She has a younger sister Paraschiva, and is the niece of the French writer Viorel Dragus. [1]

Isabelle Anne Madeleine Huppert is a French actress. Described as "one of the best actresses in the world", she is known for her portrayals of cold and disdainful characters devoid of morality. Nominated for a record 16 César Awards, she has won two. Among other accolades, she has received 6 Lumières Award nominations, more than any other person, and won four. 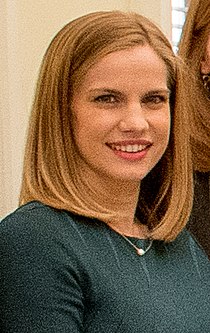 Anna Maria Chlumsky is an American actress. She began her career as a child actress, best known playing the lead role of Vada Sultenfuss in My Girl (1991) and its 1994 sequel. Between 1999 and 2005, Chlumsky's career entered a hiatus while she attended college. She returned to acting with roles in several independent films, including Blood Car (2007) and In the Loop (2009). From 2012 to 2019 Chlumsky portrayed Amy Brookheimer on the HBO television series Veep, for which she has received six nominations for the Primetime Emmy Award for Outstanding Supporting Actress in a Comedy Series. 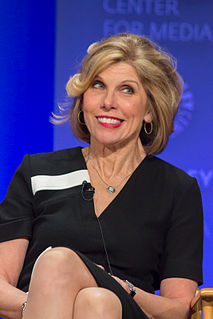 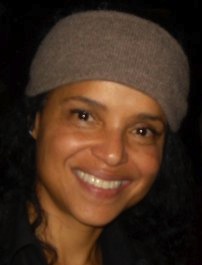 Victoria Lynn Rowell is an American actress, writer, producer and dancer. Rowell began her career as a ballet dancer and model, before making her acting debut in the 1987 comedy film, Leonard Part 6. In 1990, Rowell joined the cast of the CBS daytime soap opera, The Young and the Restless, as Drucilla Winters, her signature and longest role on television, for which she was nominated for three Daytime Emmy Awards. She departed from the show in 2007. Rowell is also well known for her role as Dr. Amanda Bentley in the CBS medical crime drama Diagnosis: Murder (1993–2001). From 1993 to 2000, she appeared on both series simultaneously. 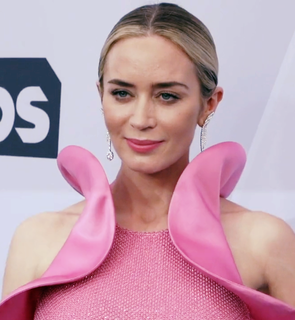 Emily Olivia Leah Blunt is a British-American actress. She is the recipient of various accolades, including a Golden Globe Award and a Screen Actors Guild Award, in addition to nominations for two British Academy Film Awards. 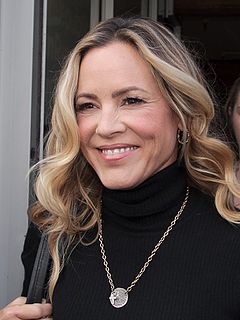 Kristen Jaymes Stewart is an American actress and filmmaker. The world's highest-paid actress in 2010 and 2012, she is the recipient of several accolades, including a BAFTA Award and a César Award, which she was the first American actress to win. 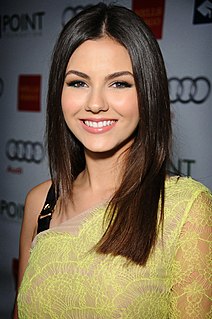 Victoria Dawn Justice is an American actress, singer, and philanthropist. She rose to fame on Nickelodeon in the 2000s, starring as Lola Martinez on Zoey 101 (2005–2008) and later as Tori Vega on Victorious (2010–2013). Justice has also appeared in the films The Boy Who Cried Werewolf (2010), Fun Size (2012), The First Time (2012) and Naomi and Ely's No Kiss List (2015). In 2015, she starred in the lead role as Lindy Sampson on the MTV television series Eye Candy. In music, Justice has recorded several songs for the soundtracks of her acting projects, including Victorious and the Nickelodeon musical Spectacular!. 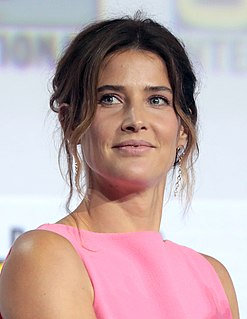 Jacoba Francisca Maria "Cobie" Smulders is a Canadian actress and model. She is best known for her starring role as Robin Scherbatsky in the CBS sitcom How I Met Your Mother (2005–2014) and as S.H.I.E.L.D. agent Maria Hill in the Marvel Cinematic Universe superhero films The Avengers (2012), Captain America: The Winter Soldier (2014), Avengers: Age of Ultron (2015), Avengers: Infinity War (2018), Avengers: Endgame (2019), and Spider-Man: Far From Home (2019), as well as several guest appearances in ABC’s Agents of S.H.I.E.L.D.

Sabrina Ferilli is an Italian theater and movie actress. Listed among the best Italian actress, she has won five Nastro d'Argento, a Globo d'oro, six Ciak d'oros and received four nominations for David di Donatello. In 2013, she was the protagonist of the Oscar-winning film La grande bellezza directed by Paolo Sorrentino. 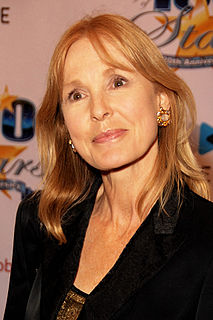 Victoria Tennant is an English film and television actress. She is known for her roles in the TV miniseries The Winds of War and War and Remembrance, in which she appeared as actor Robert Mitchum's on-screen love interest, Pamela Tudsbury, as well as her supporting roles in such movies as All of Me (1984), The Holcroft Covenant (1985), Flowers in the Attic (1987), The Handmaid's Tale (1990), and L.A. Story (1991). 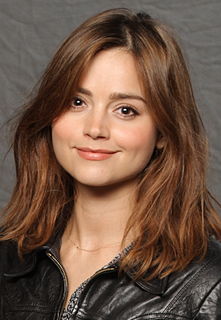 Jenna-Louise Coleman, credited since 2013 as Jenna Coleman, is an English actress. She is known for her roles as Jasmine Thomas in the ITV soap opera Emmerdale, Clara Oswald in the BBC science fiction series Doctor Who, Queen Victoria in the ITV period drama Victoria, and Melia Antiqua in the Monolith Soft video game Xenoblade Chronicles. 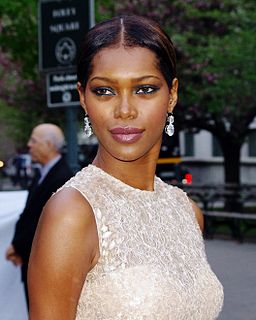 Jessica White is an American fashion model, actress and television personality. She is best known for being a Victoria's Secret runway model, Maybelline spokesperson and working for CoverGirl, as well as her appearances in the Sports Illustrated Swimsuit Issues. Outside of modeling, she has appeared on several television series, such as The Young and the Restless, America's Next Top Model, Famously Single, Zoe Ever After and Hip Hop Squares. 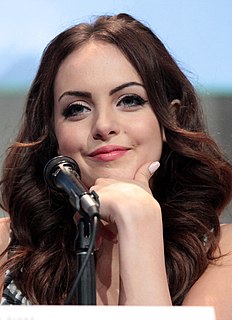 Elizabeth Egan Gillies is an American actress and singer. Gillies made her Broadway debut at age 15 in the musical 13, playing the character of Lucy. She made her first television appearance in The Black Donnellys (2007), later starring as Jade West in the Nickelodeon series Victorious (2010–2013). From 2011 to 2015, she provided the voice of Daphne in Nickelodeon's Winx Club, and she had a main role in the FX comedy series Sex & Drugs & Rock & Roll (2015–2016). Since 2017, Gillies has starred as billionaire heiress and energy executive Fallon Carrington in The CW's series Dynasty, a reboot of the 1980s series of the same name. She has also appeared in various feature and television films, including the horror film Animal (2014), the television film Killing Daddy (2014), the comedy film Vacation (2015), and the black comedy thriller film Arizona (2018).

The White Ribbon is a 2009 black-and-white German-language drama film written and directed by Michael Haneke. Das weiße Band, Eine deutsche Kindergeschichte darkly depicts society and family in a northern German village just before World War I and, according to Haneke, "is about the roots of evil. Whether it’s religious or political terrorism, it’s the same thing."

Joey Lynn King is an American actress. She first gained recognition for portraying Ramona Quimby in the comedy film Ramona and Beezus (2010) and has since gained wider recognition for her lead role in The Kissing Booth (2018) and its 2020 sequel. 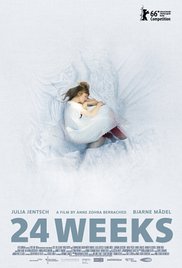 24 Weeks is a 2016 German drama film directed by Anne Zohra Berrached. It was selected to compete for the Golden Bear at the 66th Berlin International Film Festival. 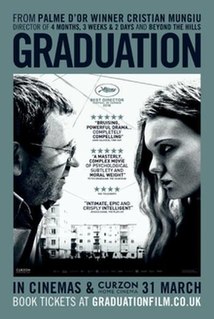 Graduation is a 2016 Romanian-language tragedy film produced, written, and directed by Cristian Mungiu and starring Adrian Titieni and Maria-Victoria Dragus. Set in Transylvania, the film focuses on a doctor's quest to fix his daughter's exam results by underhanded means. It was selected to compete for the Palme d'Or at the 2016 Cannes Film Festival. At Cannes, Mungiu shared the Best Director Award with Olivier Assayas for his film Personal Shopper. At the 8th Magritte Awards, it received a nomination in the category of Best Foreign Film in Coproduction. 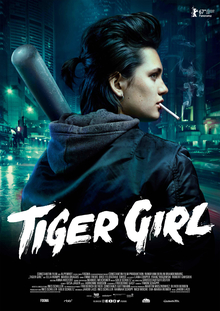