Born in Rostock, Hoppe became a leading lady of stage and films in Germany. She was born into a wealthy landowning family and was initially privately educated on her father's private estate. Later she attended school in Berlin and in Weimar, where she began to attend theatre. [1]

Hoppe first performed at 17 as a member of Berlin's Deutsches Theater under director Max Reinhardt. In 1935 she was hired by the controversial German actor and Director of the Prussian State Theatre under the Third Reich, Gustaf Gründgens. They were married from 1936-46, until their divorce. Speaking years after the marriage had ended Hoppe stated, "He was my love, but never my great love, that was work." [1]

One of the characters in the film Mephisto was reportedly based on her. Hoppe made no secret of her contacts with the Nazi elite in the 1930s/40s, including being invited to dinner by Hitler. [2] Her role in Der Schimmelreiter (The Rider of the White Horse, 1934) made her famous almost overnight, while her "Aryan" face made her a darling of the Nazi elite. [1] Later Hoppe would label this period of her life as "the black page in my golden book". [1]

During her time acting at the home of the Prussian State Theatre, the Schauspielhaus, Hoppe developed her analytical approach to acting, which she stated consisted in her "taking apart every sentence" and giving the use of language a brilliance. This method was to be associated with Hoppe throughout her working life. [1] In 1946 her only child, Benedikt Johann Percy Gründgens, was born.

Four years later after her divorce from Gründgens, Hoppe had a great success as Blanche Dubois in Tennessee Williams's A Streetcar Named Desire , and increasingly played avant-garde roles, written by authors such as Heiner Müller (Quartett, 1994) and Thomas Bernhard, who became her partner in private life as well. She became a favourite of the young and iconoclastic directors Claus Peymann, Robert Wilson and Frank Castorf. [1]

Hoppe died in Siegsdorf, Bavaria, in 2002 from natural causes, aged 93. "German theater has lost its queen", said Claus Peymann of the Berliner Ensemble, whose theatre featured Hoppe's last performance, in Bertolt Brecht's Resistible Rise of Arturo Ui, in December 1997. [2] In one of her last interviews Hoppe stated, "I have a go at happiness every day. That takes discipline, a virtue every halfway decent actor should have." [1]

Gustaf Gründgens, born Gustav Heinrich Arnold Gründgens, was one of Germany's most famous and influential actors of the 20th century, and artistic director of theatres in Berlin, Düsseldorf, and Hamburg. His career continued unimpeded through the years of the Nazi regime; the extent to which this can be considered as deliberate collaboration with the Nazis is hotly disputed.

Margarethe von Trotta is a German film director who has been referred to as a "leading force" of the New German Cinema movement. Von Trotta's extensive body of work has won awards internationally. She was married to and collaborated with director Volker Schlöndorff. Although they made a successful team, von Trotta felt she was seen as secondary to Schlöndorff. Subsequently, she established a solo career for herself and became "Germany’s foremost female film director, who has offered the most sustained and successful female variant of Autorenkino in postwar German film history". Certain aspects of von Trotta's work have been compared to Ingmar Bergman's features from the 1960s and 1970s. 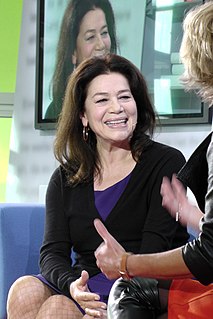 Mephisto – Novel of a Career is the sixth novel by Klaus Mann, which was published in 1936 whilst he was in exile in Amsterdam. It was published for the first time in Germany in the East Berlin Aufbau-Verlag in 1956. This novel, the Tchaikovsky novel Symphonie Pathétique, and the emigrant novel Der Vulkan are Klaus Mann's three most famous novels. An award-winning 1981 movie was based on Mann's novel. The novel adapts the Mephistopheles/Dr Faustus theme by having the main character Hendrik Höfgen abandon his conscience and continue to act and ingratiate himself with the Nazi Party to keep and improve his job and social position.

Andrea Clausen is a German stage actress, member of the Burgtheater ensemble.

Paula Denk was a German actress. She was a star of stage, screen, radio and television whose career spanned five decades. 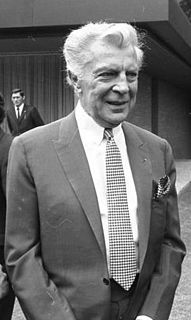 The term state actor has had different meanings in recent German history. In Nazi Germany, it was the highest title that could be awarded to a stage actor. Since 1945, the meaning has changed. In Baden-Württemberg, it is no longer simply a title of honor, but an official position. 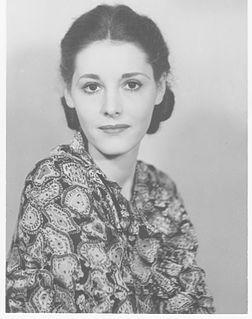 Am Ziel is a play by Austrian playwright and novelist Thomas Bernhard, written in 1981 and first performed in the same year at the Salzburger Festspiele. 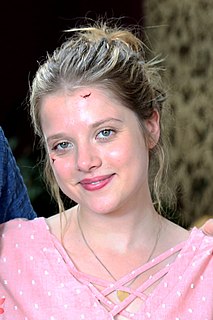 Jella Haase is a German actress. Haase began acting in theatre at a very early age. Her film credits include Lollipop Monster, Fack ju Göhte and Kriegerin. She has also appeared on the television shows Polizeiruf 110 and Alpha 0.7 – Der Feind in dir. She won the Bavarian Film Award for Best Young Actress in 2012, the Günter Strack Television Award in 2013 and earned one nomination at the German Film Awards in 2014.

The False Step or The Step off the Path is a 1939 German historical drama film directed by Gustaf Gründgens and starring Marianne Hoppe, Karl Ludwig Diehl and Paul Hartmann. It is an adaptation of Theodor Fontane's 1896 novel Effi Briest.

Gerlind Reinshagen was a German writer.

The Rider on the White Horse is a 1934 German drama film directed by Hans Deppe and starring Mathias Wieman, Marianne Hoppe and Ali Ghito.