Marie of France, Countess of Champagne

She was the elder daughter of King Louis VII of France and Duchess Eleanor of Aquitaine.

Marie's birth was hailed as a "miracle" by Bernard of Clairvaux, an answer to his prayer to bless the marriage between her mother Eleanor of Aquitaine and her father, Louis VII. [1] She was just two years old when her parents led the Second Crusade to the Holy Land. Not long after their return in 1152, when Marie was seven, her parents' marriage was annulled. [2] Custody of Marie and her younger sister, Alix, was awarded to their father, since they were at that time the only heirs to the French throne. Both Louis and Eleanor remarried quickly; Eleanor married King Henry II and became Queen of England. Louis remarried first Constance of Castile (d. 1160) and then Adele of Champagne on 13 November 1160. Marie had numerous half-siblings on both her mother's and father's side, including the eventual kings Philip II of France and John and Richard I of England.

In 1153, well before Louis married Adele of Champagne, he betrothed Marie and Alix to Adele's brothers. [3] These alliances were arranged based on the intervention of Bernard of Clairvaux, as reported in the contemporary chronicle of Radulfus Niger. [4] [5] After her betrothal, Marie was sent to live with the Viscountess Elizabeth of Mareuil-sy-Aÿ and then to the abbey of Avenay in Champagne for her Latin-based education. In 1159, Marie married Henry I, Count of Champagne. [2] [5] :p. 522.

Marie became regent for Champagne when her husband Henry I went on pilgrimage to the Holy Land from 1179 until 1181. While her husband was away, Marie's father died and her half-brother, Philip Augustus, became king of France. He confiscated his mother's dower lands and married Isabelle of Hainaut, who was previously betrothed to Marie's eldest son. This prompted Marie to join a party of disgruntled nobles—including the queen mother Adela of Champagne and the archbishop of Reims—in plotting unsuccessfully against Philip. Eventually, relations between Marie and her royal brother improved. [3] Her husband died soon after his return from the Holy Land in 1181, leaving her again as regent for her young son Henry.

Now a widow with four young children, Marie considered marrying Philip of Flanders in 1184, [6] but the engagement was broken off suddenly for unknown reasons. In 1187, after Saladin won a significant victory over the West and recaptured Jerusalem, Marie served again as regent for Champagne as her son Henry II joined the Third Crusade, from 1190 to 1197. He remained in the Levant, marrying Isabelle of Jerusalem in 1192. Over the course of her regencies, Champagne was transformed from a patchwork of territories into a significant principality. [2]

Marie was able to retire only briefly to the nunnery of Châuteau de Fontaines-les-Nonnes near Meaux (1187-1190), before being called back to govern Champagne. She died March 11, 1198 not long after hearing the tragic news of her son's death. [2] She was buried in Meaux Cathedral.

On 25 June 1562, rioting Huguenots devastated many edifices, including the Cathedral of Maux; it was on this occasion that the tomb of Marie de Champagne, located in the choir, was destroyed. [3]

As great-granddaughter of the first troubadour, Guillaume IX, it is not surprising that Marie would be an avid supporter of the arts. [7] Marie was a patron of literature and her court became a sphere of influence on authors and poets [8] such as Andreas Capellanus, who served in her court and referred to her several times in his writing, [7] Chrétien de Troyes, who credits her with the idea for his Lancelot: The Knight of the Cart, the troubadours Bertran de Born and Bernart de Ventadorn, Gautier d'Arras and Conon de Bétune. [3]

She is credited with the widely held belief of fin'amors or Courtly Love, that love cannot exist within the bounds of marriage. [9]

She was literate in French and Latin, and maintained her own library. [2] A deep affection existed between Marie and her half-brother King Richard, and a stanza from his celebrated poem J'a nuns hons pris, lamenting his captivity in Austria, was addressed to her. [3]

Marie's life is fictionalized in Eleanor’s Daughter: A Novel of Marie de Champagne (2018), a written by medieval scholar June Hall McCash. [5] The novel is based on multiple contemporary sources including charters, chronicles, medieval poetry, and material artifacts of the period, including Marie’s personal seal, depicted on the cover— and enlivened by famous historical figures including Eleanor of Acquitaine, Bernard of Clairvaux, Philip of Flanders, Richard the Lionheart, and Thomas Becket as well as literary stars such as Chrétien de Troyes, Jauffre Rudel and Andreas Capellanus. The novel has received many positive reviews including from the Historical Novel Society. [10]

Marie had four children with her husband Henri I of Champagne: 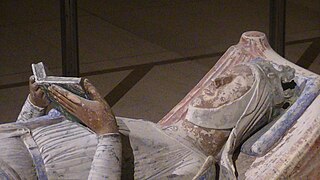 Marie of Champagne was the first Latin Empress of Constantinople by marriage to Emperor Baldwin I. She acted as regent of Flanders during the absence of her spouse from 1202 until 1204. 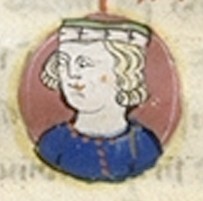 Henry I, known as the Liberal, was count of Champagne from 1152 to 1181. He was the eldest son of Count Thibaut II of Champagne and his wife, Matilda of Carinthia. 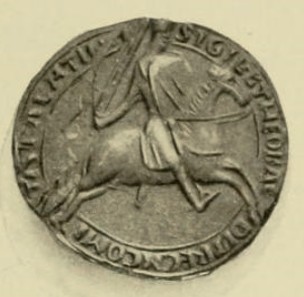 Margaret I was the countess of Flanders suo jure from 1191 to her death. 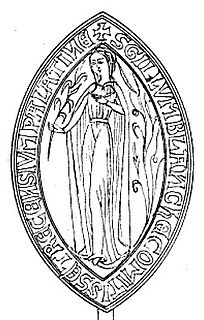 Blanche of Navarre (?–1229) was countess and then regent of Champagne and finally also regent of her native kingdom of Navarre.

Andreas Capellanus was the twelfth century author of a treatise commonly titled De amore, also known as De arte honeste amandi, for which a possible English translation is The Art of Courtly Love. His real identity has never been determined, but has been a matter of extended academic debate. Andreas Capellanus is sometimes known by a French translation of his name, André le Chapelain.

Agnes of Beaujeu was a French noblewoman, the daughter of Guichard IV of Beaujeu and his wife Sybil of Hainaut. Agnes was Countess of Champagne by her marriage to Theobald I of Navarre.

Robert of Milly was the chamberlain (camerarius) of the County of Champagne from 1167 until his retirement in 1222. He was a Knight Templar and a patron of the order.

The Collégiale Saint-Étienne was a church founded in Troyes, France, in 1157 by Henry I, Count of Champagne. He intended that it would become a mausoleum in which the grandeur of the House of Blois would be displayed, but that did not happen. The church was demolished during the French Revolution.

Renard I, also spelled Reynald, Raynald, Rainard or Renaud, was the lord or count of Dampierre-le-Château in the Astenois and a vassal of the count of Champagne. He succeeded his father Henry sometime between 1161 and 1163.