Last updated December 23, 2022
A dock or basin with moorings and facilities for yachts and small boats
For other uses, see Marina (disambiguation).

A marina (from Spanish [maˈɾina] , Portuguese [mɐˈɾinɐ] and Italian [maˈriːna] : marina, "coast" or "shore") is a dock or basin with moorings and supplies for yachts and small boats. A marina differs from a port in that a marina does not handle large passenger ships or cargo from freighters.

The word marina may also refer to an inland wharf on a river or canal that is used exclusively by non-industrial pleasure craft such as canal narrowboats.

Marinas may be located along the banks of rivers connecting to lakes or seas and may be inland. They are also located on coastal harbors (natural or man made) or coastal lagoons, either as stand alone facilities or within a port complex.

In the 19th century, the few existing pleasure craft shared the same facilities as trading and fishing vessels. The marina appeared in the 20th century with the popularization of yachting.

A marina may have refuelling, washing and repair facilities, marine and boat chandlers, stores and restaurants. A marina may include ground facilities such as parking lots for vehicles and boat trailers. Slipways (or boat ramps) transfer a trailered boat into the water. A marina may have a travel lift, a specialised crane used for lifting heavier boats out of the water and transporting them around the hard stand. A marina may provide in- or out-of-water boat storage.

Fee-based services such as parking, use of picnic areas, pubs, and clubhouses for showers are usually included in long-term rental agreements. Visiting yachtsmen usually have the option of buying each amenity from a fixed schedule of fees; arrangements can be as wide as a single use, such as a shower, or several weeks of temporary berthing. The right to use the facilities is frequently extended at overnight or period rates to visiting yachtsmen. Since marinas are often limited by available space, it may take years on a waiting list to get a permanent berth.

Boats are moored on buoys, on fixed or floating walkways tied to an anchoring piling by a roller or ring mechanism (floating docks, pontoons). Buoys are cheaper to rent but less convenient than being able to walk from land to boat. Harbor shuttles (water taxis) or launches, may transfer people between the shore and boats moored on buoys. The alternative is a tender such as an inflatable boat. Facilities offering fuel, boat ramps and stores will normally have a common-use dock set aside for such short term parking needs.

Where the tidal range is large, marinas may use locks to maintain the water level for several hours before and after low water. 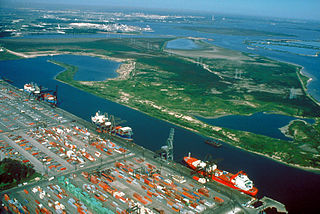 A wharf, quay, staith, or staithe is a structure on the shore of a harbour or on the bank of a river or canal where ships may dock to load and unload cargo or passengers. Such a structure includes one or more berths, and may also include piers, warehouses, or other facilities necessary for handling the ships. Wharves are often considered to be a series of docks at which boats are stationed. 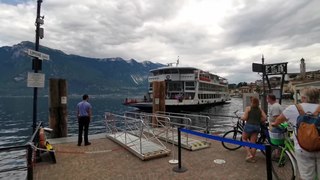 A mooring is any permanent structure to which a vessel may be secured. Examples include quays, wharfs, jetties, piers, anchor buoys, and mooring buoys. A ship is secured to a mooring to forestall free movement of the ship on the water. An anchor mooring fixes a vessel's position relative to a point on the bottom of a waterway without connecting the vessel to shore. As a verb, mooring refers to the act of attaching a vessel to a mooring. 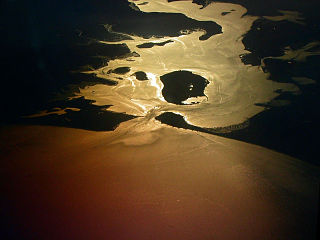 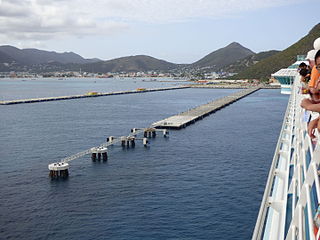 A dock is the area of water between or next to one or a group of human-made structures that are involved in the handling of boats or ships or such structures themselves. The exact meaning varies among different variants of the English language. 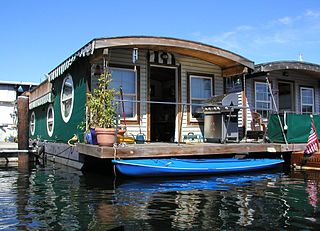 A houseboat is a boat that has been designed or modified to be used primarily as a home. Most houseboats are not motorized as they are usually moored or kept stationary at a fixed point, and often tethered to land to provide utilities. However, many are capable of operation under their own power. Float house is a Canadian and American term for a house on a float (raft); a rough house may be called a shanty boat. In Western countries, houseboats tend to be either owned privately or rented out to holiday-goers, and on some canals in Europe, people dwell in houseboats all year round. Examples of this include, but are not limited to, Amsterdam, London, and Paris. 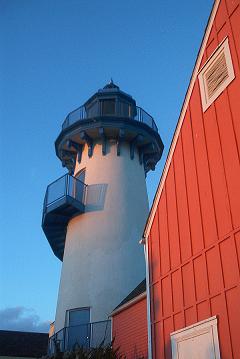 Fisherman's Village is a waterfront mall, commercial boat anchorage, and tourist attraction located in the world's largest man-made small boat harbor in Los Angeles County at Marina del Rey, California. The Ballona Wetlands State Ecological Reserve is just east of Fisherman's Village and immediately to the south is the federally-owned riverine estuary of Ballona Creek. The historical Fisherman's Village that was built in 1967 is nestled on the eastern bank of main harbor entrance channel between Whiskey Reds restaurant to the south and the Windward boatyard to the north.

Sovereign Harbour is a development of the beachland in the seaside resort of Eastbourne, to the east of the town centre. Opened in 1993 and formerly known as The Crumbles, the marina now consists of five separate harbours,, a retail park and several housing projects with both permanent and holiday properties. Sovereign Harbour is Northern Europe’s largest composite marina complex.

The Port of Southampton is a passenger and cargo port in the central part of the south coast of England. The modern era in the history of the Port of Southampton began when the first dock was inaugurated in 1843. The port has been owned and operated by Associated British Ports since 1982, and is the busiest cruise terminal and second largest container port in the UK. The volume of port traffic categorises Southampton as a Medium-Port City globally.

Oak Harbor Marina is located in Oak Harbor, Washington, between metropolitan Seattle and the San Juan Islands. The marina was built in 1974 and expanded its guest moorage in 1988 with the installation of the floating breakwater. Income from the marina goes into a city enterprise fund dedicated to the facility's operation and maintenance. It is a 420-boat facility with 217 open and 135 covered permanent slips, 52 guest moorage slips, ample side-tie moorage and 96 dry storage. The boat mix is 40% sailboats and 60% powerboats, ranging in size from 24 feet (7.3 m) up to 50 feet. Twenty-five vessels are liveaboards. 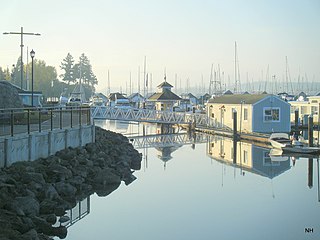 The Port of Poulsbo is a port serving the city of Poulsbo, Washington, United States. It is located in Liberty Bay on Puget Sound. The port includes the Poulsbo Marina, a seaplane mooring, commercial shops, residential housing, the SEA Discovery Center, and Liberty Bay Waterfront Park. The port is part of downtown Poulsbo, also known as "Little Norway".

A berth is a designated location in a port or harbour used for mooring vessels when they are not at sea. Berths provide a vertical front which allows safe and secure mooring that can then facilitate the unloading or loading of cargo or people from vessels. 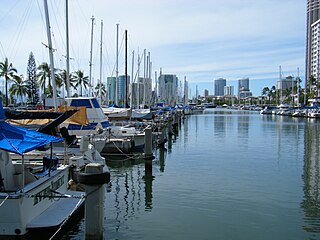 Ala Wai Harbor is the largest small boat and yacht harbor in Hawaii. The harbor is situated in Honolulu at the mouth of the Ala Wai Canal, between Waikiki and downtown Honolulu. To the east are Waikiki and Diamond Head; to the west, Magic Island and the Honolulu waterfront.

The Santa Cruz Small Craft Harbor is situated in Santa Cruz, California, on the site of the former Woods Lagoon. Built in 1962–1963, its public use specializes in boating and extracurricular marine activities for the local community and visitors. The harbor straddles the city limits which runs down the center of Arana Gulch; the west side of the harbor is in Santa Cruz's Seabright neighborhood while the east is in unincorporated Santa Cruz County. 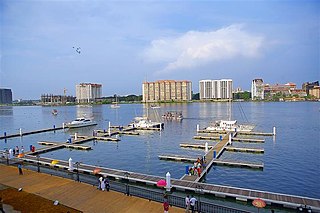 The Kochi International Marina is a marina in the city of Kochi, in the state of Kerala, India. It is located in the eastern coast of the Mulavukad, in the premises of the Bolgatty Palace, a 'heritage hotel'.

Dobson Yacht Club (DYC) is a private yacht club based in Westmount, Nova Scotia, Canada. The Dobson Yacht Club sits on the western shore of the South Arm of Sydney Harbour, directly opposite the Sydney downtown area, part of the Cape Breton Regional Municipality. Its location on the chart is shown as Dobsons Point, formerly known as Shingle Point. 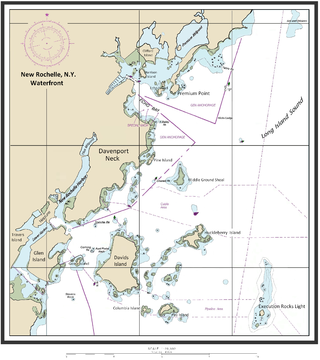 Echo Bay is an embayment located off Long Island Sound in the city of New Rochelle in Westchester County, New York. It is an anchorage for small craft and is generally fully occupied during the summer. The depths at the anchorage range from 4 to 15 feet, and launches can anchor in the shallow cove on the northeast side of the harbor, entering between Harrison Islands and the rocky, grassy islet off the northwest side of Echo Island. Vessels frequently anchor between the entrance of Echo Bay and Hicks Ledge, in depths of 20 to 24 feet. On the northwest side of Echo Bay a dredged channel 100 feet wide and 15 feet deep, marked by buoys, leads to the New Rochelle Municipal Marina at Beaufort Point.

The Dehler 25 is a German trailerable sailboat that was designed by E. G. van de Stadt as a cruiser and first built in 1984.

Wikimedia Commons has media related to Marinas .
This page is based on this Wikipedia article
Text is available under the CC BY-SA 4.0 license; additional terms may apply.
Images, videos and audio are available under their respective licenses.