Born to Oscar Dix and Jane Edgerton in Milwaukee, Marion Dix and her sister Ruth were raised primarily in Chicago. Marion worked her way through the University of Washington by writing for newspapers and magazines, graduating in 1925.

She then moved to Hollywood with the intent of becoming a writer, and after finding work in short supply, she found employment as a stenographer at Famous Players-Lasky. [1] [2] She soon moved her way into a script clerk position, working with screenwriters like Jules Furthman and J. Walter Ruben, and after getting continuity credits for her work on 1930's The Kibitzer , she was moved into a scenarist role. [3]

During the 1930s, she worked on over a dozen scripts, from 1930's The Busybody at Paramount to 1934's Hawaiian Nights at RKO. She left Hollywood in the mid-1930s to write scenarios for the British film industry, including Everything Is Thunder and It's Love Again for Gaumont.

After retiring from the film industry, she returned to her journalistic roots, working as a foreign correspondent, radio commentator, and lecturer. [4] [5] During World War II, she broadcast her own commentary over shortwave radio from Paris to America, and after escaping occupied Paris, she wrote and directed educational films for the U.S. Office of War Information. [6]

After the war was finished, she was made chief of the film and TV section of the United Nations Department of Information in New York City. As part of that assignment, she spent five years living in China, where she produced training films for aid workers. [7]

She married Canadian writer-producer Haworth Bromley in Las Vegas in 1933 in a secret ceremony; [8] the marriage ended in divorce.

Ralph Forbes was an English film and stage actor in the UK and the United States.

Marion Burns was an American film actress of the 1930s. She is best known for having starred opposite John Wayne in the 1935 film The Dawn Rider and opposite him again that same year in Paradise Canyon.

Dorothy Wilson was an American movie actress of the 1930s.

Marion E. Holley was a US track and field athlete who competed in the 1928 Summer Olympics and went on to many years of service in the Baháʼí Faith.

Alice D. G. Miller was an early American screenwriter. She was sometimes erroneously credited as Alice Duer Miller, another writer of no relation. 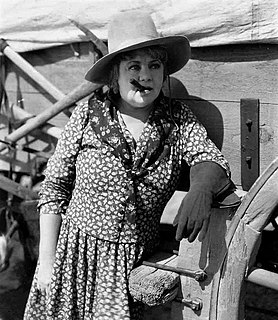 Isabel Dawn was an American screenwriter, actress, and journalist active primarily in the 1930s and 1940s.

Ethel Doherty was an American screenwriter, author, and educator active primarily in the 1920s and 1930s.

Louise Long was an American screenwriter, educator, author, and film editor active primarily in the 1920s and 1930s.

Frances Hyland was an American screenwriter active between the late 1920s and the late 1940s. She was the first woman hired as a "gagman" at a film studio, and she wrote dozens of comedic scripts over the course of her career.

Marion Orth was an American screenwriter of the silent and sound eras of Hollywood. She was a frequent collaborator of director Lois Weber.

Beatrice Banyard was an American screenwriter and actress active in the late '30s and early '40s.

Sylvia Thalberg was an American screenwriter active in the late 1920s through the late 1930s. Her brother was big-time film producer Irving Thalberg.

Jane Loring was an American film editor and producer active during the 1920s through the 1940s. She was related to screenwriter Hope Loring. 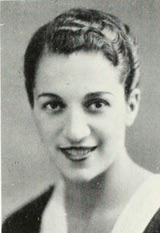 Zaruhi Elmassian, known professionally as Zari Elmassian and later as Zaruhi Elmassian Vartian, was an American singer, best known for her voice work on Hollywood musicals in the 1930s, including The Wizard of Oz.

Leone Sousa was an American model and actress.