Mariqueen Maandig Reznor (néeMaandig; born April 5, 1981) [1] is a Filipino-American singer, songwriter, and musician. She is the vocalist for How to Destroy Angels, and was the former vocalist of Los Angeles-based rock band West Indian Girl.

Maandig was a vocalist for the band West Indian Girl from 2004 to 2009, [2] performing on the albums West Indian Girl and 4th & Wall . She appeared in Playboy magazine as the "Becoming Attraction" for the January 2009 issue.

Maandig has worked with LA-based songwriter BAO and appeared as a guest vocalist on two of his band Ming & Ping's songs, "Mixed Melodies" from their eponymous 2009 album and "Chinatown" from 2012's The Darkness of Night. She also provided backing vocals on the track "She's Gone Away" on Nine Inch Nails' 2016 EP Not the Actual Events , as well as on "Shit Mirror" off the band's 2018 album Bad Witch .

With How to Destroy Angels

Michael Trent Reznor is an American musician, singer, songwriter, record producer, and composer. He is the founder, lead vocalist, multi-instrumentalist, and principal songwriter of the industrial rock band Nine Inch Nails, which he founded in 1988 and of which he was the sole official member until adding English musician Atticus Ross—his long-time collaborator—as a permanent member in 2016. His first release under the Nine Inch Nails name, the 1989 album Pretty Hate Machine, was a commercial and critical success. He has since released 11 Nine Inch Nails studio albums. He left Interscope Records in 2007 and was an independent recording artist until signing with Columbia Records in 2012. 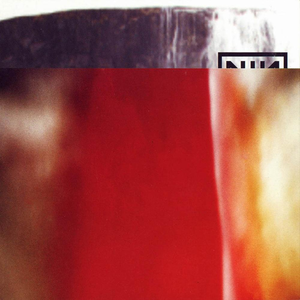 Atticus Matthew Cowper Ross is an English musician, songwriter, record producer, and audio engineer. Along with Trent Reznor, Ross won the Academy Award for Best Original Score for The Social Network soundtrack in 2010. In 2013, the pair won a Grammy Award for Best Score Soundtrack for Visual Media for their soundtrack to The Girl with the Dragon Tattoo. Ross has worked with Reznor's band Nine Inch Nails since 2005, and became an official member of the band in 2016. 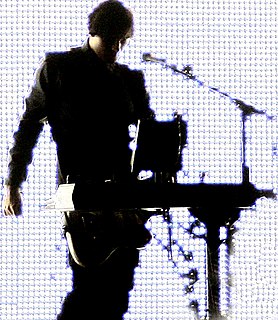 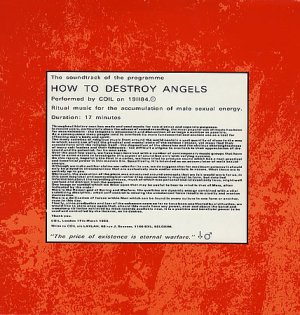 How to Destroy Angels is the debut extended play by British experimental band Coil. At this point, the group consisted only of John Balance and Peter Christopherson. It was originally released in 1984 on L.A.Y.L.A.H. Antirecords, but was later re-pressed in 1988. 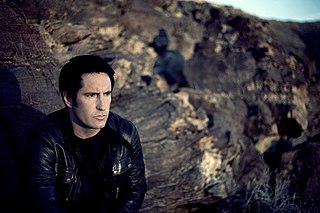 This is a comprehensive discography of Trent Reznor, an American musician, singer, producer, and multi-instrumentalist most famous as the frontman and primary creative force behind the industrial rock band Nine Inch Nails. Reznor has also been associated with the bands Option 30, Exotic Birds, and Tapeworm, among others. 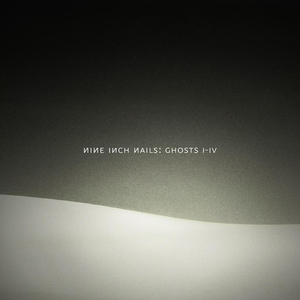 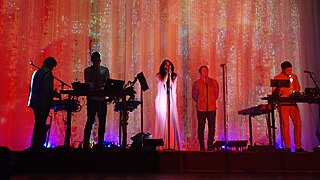 How to Destroy Angels (HTDA) is an American post-industrial supergroup formed in 2009 by Nine Inch Nails members Trent Reznor and Atticus Ross alongside Reznor's wife Mariqueen Maandig and longtime Nine Inch Nails collaborator Rob Sheridan. The group is named after a 1984 Coil EP of the same name. Alessandro Cortini joined the lineup for the duration of the 2013 tour. 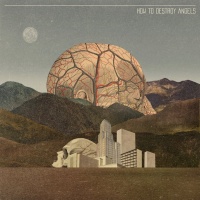 How to Destroy Angels is the debut extended play by post-industrial group How to Destroy Angels. The six-song EP was released as a free download via the band's website on June 1, 2010, and a retail CD was released on July 6, 2010. A "Hi-Def Upgrade" was also available, with higher quality audio and the music video for the song "The Space in Between", while "A Drowning" was officially released as a single.

The Swarmatron is an analogue synthesizer or electronic musical instrument that uses a ribbon controller rather than a keyboard. It is noted for its use of multiple oscillators that are linked through a 'swarm' control, giving its distinctive sound and method of playing. 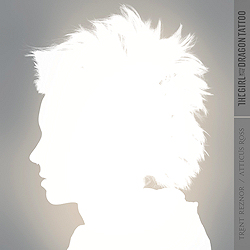 The Girl with the Dragon Tattoo is the score album for David Fincher's 2011 film of the same name, composed by Trent Reznor and Atticus Ross. It was released on December 9, 2011, through The Null Corporation in the US and Mute Records outside North America. This is the second soundtrack that Reznor and Ross have worked on together, following the Oscar-winning The Social Network, also for Fincher. 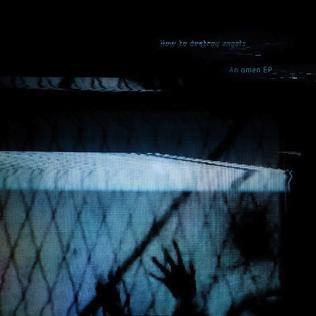 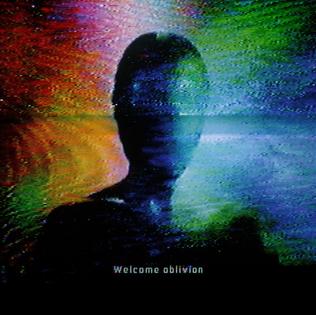 Welcome Oblivion is the debut studio album by American post-industrial group How to Destroy Angels. It was released on March 5, 2013 on Columbia Records. It was described as sensual electronic rock by the Los Angeles Times. 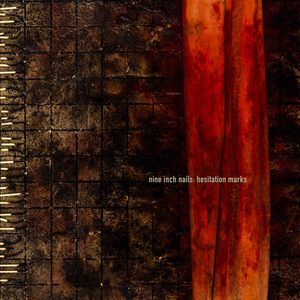 Not the Actual Events is the fifth extended play (EP) and tenth major release by American industrial rock band Nine Inch Nails. It was released physically on December 23, 2016, under Trent Reznor's own label The Null Corporation, while those who had pre-ordered received a download link a day early. The second Nine Inch Nails EP of original material following Broken (1992), it marks longtime collaborator Atticus Ross's first appearance as an official member of the band. The digital pre-orders included a "physical component" that was shipped in early March 2017. The EP is the first in a trilogy released between 2016-2018, preceding Add Violence (2017) and the band's ninth studio album Bad Witch (2018). 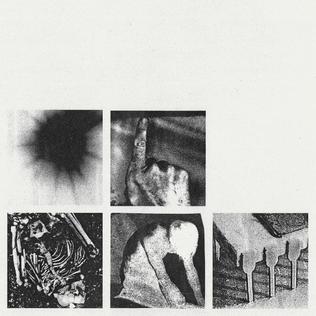 Bad Witch is the ninth studio album by American industrial rock band Nine Inch Nails, released by The Null Corporation and Capitol Records on June 22, 2018. It is the last of a trilogy of releases, following their two previous EPs Not The Actual Events (2016) and Add Violence (2017). As with the previous releases in the trilogy, it was produced by frontman Trent Reznor and Atticus Ross.