Last updated January 07, 2021
Not to be confused with Mark Schultz.

Markus Schulz ( /ˈmɑːrkəsˈʃʊlts/ ; German: [ˈmaʁkʊs ˈʃʊlts] ; born 3 February 1975) is a German-American DJ and music producer based in Miami, Florida. Best known for his weekly radio show titled "Global DJ Broadcast" that airs on Digitally Imported radio, After Hours FM and other online stations, [2] Schulz is also the founder of the label Coldharbour Recordings [3] and Schulz Music Group (SMG), an artist management company that manages rising stars in the industry. [4] In September 2012, Schulz was crowned America's Number 1 DJ by DJ Times. [5]

In early 2013, after several spontaneous back-to-back performances, Schulz and Ferry Corsten announced they would be producing and touring together as the new EDM group New World Punx. Their debut arena show was held at Madison Square Garden.

Schulz has released 15 mix compilations and seven artist albums under his own name. He has also released productions and albums, Thoughts Become Things, Thoughts Become Things II and The Nine Skies, under the alias Dakota.[ citation needed ] Through his work with remixing tracks, he has had the opportunity to work with such artists as: Depeche Mode, Madonna, Everything but the Girl, Jewel, OceanLab, Gabriel & Dresden, Télépopmusik, Fatboy Slim, Miro, Book of Love, Blue Amazon, and PQM. [2] His remixes of "Intuition" and "Stand" by Jewel both hit #1 on the Billboard club chart. [6]

When not in the studio working on new mixes, Schulz maintains an extensive international touring schedule. He originally held a seven-year residency at The Works in Scottsdale, Arizona, where he developed his style. Since then, he has continued to perform at clubs all over the world including stereo nightclub Avalon, Club Space, Green Valley, Ministry of Sound, [8] Ruby Skye and Zouk.

He has performed DJ sets at some of the largest festivals and events: Electric Daisy Carnival, Electric Zoo, Monster Massive, Together As One, Ultra Music Festival, Amsterdam Dance Event, Nature One, Dance Valley, Love Parade, Global Gathering, Creamfields, ETD Pop, Trance Energy 2010, Bang Music Festival, Future Music Festival, Bal en Blanc, [2] at the Episodes 250, 300, 350, 400, 450, 500, 550, 600 and 650 (as New World Punx) of A State of Trance and at Summafieldayze on the Gold Coast in Australia. In 2013, Schulz launched a North American "Scream" Tour with the M Machine. [9] A second North American tour started in April 2014 following the release of Scream 2. [10]

Schulz is known amongst his fans as the unicorn slayer. Many EDM artists nowadays tend to fall back on light, upbeat melodies, nicknamed "unicorn melodies", but Schulz prefers to use square waves and pitch bends. After somebody tweeted, "Markus Schulz: the unicorn slayer of trance," Schulz retweeted it and the nickname caught on. [13]

After a relationship of more than six years, Schulz married Romanian singer Adina Butar on June 1, 2019, in Ibiza. [14] 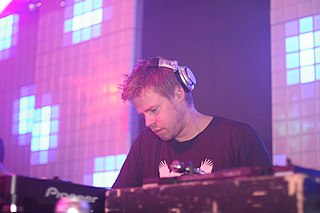 Ferry Corsten is a Dutch DJ, record producer and remixer from Rotterdam. He is well known for producing many pioneering trance tracks during the 1990s–2000s under his numerous aliases, including System F, Moonman, Pulp Victim and Gouryella. In recent years, he has shifted to a broader electronic music style, playing everything from progressive house to uplifting trance; and hosts his own weekly radio show, Corsten's Countdown. Corsten routinely plays at events and festivals all over the world including Electric Daisy Carnival, Tomorrowland, and many others, and has been consistently ranked among DJ Mag's Top 100 DJs poll, having placed at rank 5 in 2004 and 2005, 6 in 2006 and 2008; and most recently at 90 for 2017. 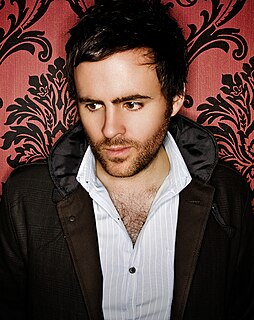 M-22 is a British-German DJ and producer duo consisting of Matt James and Frank Sanders. On March 22, the duo met, through a joint production, which is the reason for their stage name. 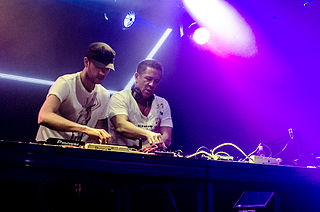 Gabriel & Dresden is an American electronic music duo comprising Josh Gabriel and Dave Dresden, formed in San Francisco. They collaborated from 2001 to 2008, then again from 2011 to the present. During that time, they have created numerous hit songs and remixes, some of which are considered classics. They won the coveted Winter Music Conference IDMA award for "Best American DJ" twice, in 2007 and 2008, the latter time on the same day that the group split up. The pair reunited in early 2011 and proceeded on a reunion tour, which began at Ruby Skye in San Francisco on March 4, 2011. They produced three studio albums together: self-titled album (2006), The Only Road (2017) which was released after an 11-year hiatus period, and Remedy (2020).

This is a discography of the Dutch DJ, record producer and remixer Ferry Corsten.

Tritonal is an American music duo from Austin, Texas consisting of producers and DJs Chad Cisneros and David Reed. They are also known for hosting the Tritonia radio show, broadcasting on Sirius XM BPM channel 51.

Ørjan Nilsen is a Norwegian producer and DJ ranked inside the Top 250 DJs in his genre by the annual DJ Mag Top 100 poll. His debut studio album In My Opinion was released in 2011, followed by No Saint Out of Me in 2013 and Prism in 2018. His discography features collaborations with Armin van Buuren, Cosmic Gate, Fingerling among others. 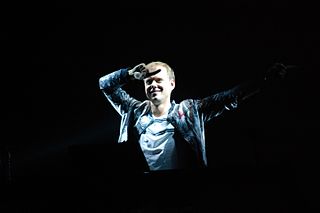 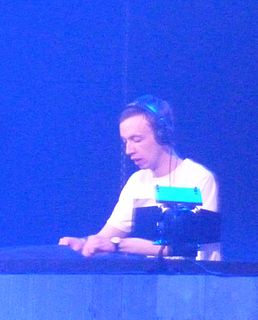 Andrei Rață, better known by his stage name Andrew Rayel, is a Moldovan producer and DJ. Initially releasing his music on Armada Music, Rayel founded the label "inHarmony Music" on 22 September 2017, where his role is label chief and head of A&R.

Richard Mowatt, commonly known by his stage name Solarstone, is an English trance DJ and producer from Birmingham. The music project Solarstone was founded as a trio, and also used the pseudonyms Young Parisians, Liquid State and Z2. Over the years, Solarstone has developed a reputation for keeping to the original and classic trance sound. He is considered to be a veteran by fans in the trance music scene. Since 2012, Solarstone has been pushing forward a Pure Trance movement through tours where he aims to keep the trance genre true to its roots. 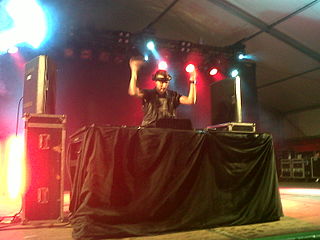 This is the discography for Dutch electronic musician Don Diablo. 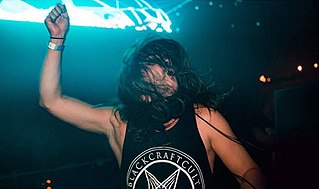 Christopher Wilson, better known by his stage name Riot Ten, is an American DJ and producer based in El Paso, Texas. He is best known for his dubstep and hardtrap production and is currently signed to Steve Aoki's Dim Mak, with additional music out on Excision's Rotten Recordings, Never Say Die Records, Disciple Records, and Firepower, as well as remixes on Atlantic Records, Interscope Records, and RCA Records. Since 2016, Wilson has toured alongside Yellow Claw, Datsik, Adventure Club, Steve Aoki, Kayzo, Pegboard Nerds, and Excision.