Marvin Zonis is an American political economist who focuses on Middle East ern politics and history and an emeritus professor at the University of Chicago Booth School of Business, where he continues to teach courses on international political economy, leadership, and e-commerce. He was the first professor at the Business School to teach a course on digital technologies. [1] [2] [3] [4]

Zonis has written extensively on globalization, digital technologies, emerging markets, Middle East politics, the oil industry, Russia, and U.S. foreign policy. He is a leading authority on the Middle East, and has spent the last 50 years studying the volatile mix of Islam, terrorism, and the Middle East. He has lived in Iran, hitchhiked through Afghanistan in the 1960s, studied Islam in Iraq beginning in 1964, and has travelled extensively throughout other parts of the region as well. [7]

This is a psychoanalytic and historical portrait of the late Shah of Iran Mohammad Reza Pahlavi (1919–1980) whom Zonis knew personally. Zonis contends that as the Shah's core psychological relationships failed in the 1970s he regressed into his essential passivity and dependence, making him incapable of facing the challenge from the Iranian Revolution. The main sources of the Shah's psychic support that maintained his psychic equilibrium were the admiration of his subjects, several friendships dating from childhood, a belief in special divine protection, and his alliance with the U.S. government. [13] The range of psychoanalytic interpretation in the book is wide-ranging and fine-grained; while one chapter examines his relationships with his father and mother, another looks at the Shah's obsessions with flying and heights, [14] While he was much closer to his mother, the Shah only mentions her 12 times in the first volume of his autobiography while he references his father 784 times. [15]

Zonis' first published book is an examination of the political class of Iran up until the late 1960s. Zonis studied not only those who held formal office, but identified approximately 3,000 people who exercised significant influence over the allocation of resources and values. He classified the ten percent of this group who exercised the most influence as his data universe. The interactions between the Shah and this group were then investigated. Zonis managed to interview a large cross section of this elite group. He concluded that the longer members of this elite group of 300 participated in the Shah's political system, the more likely they were to exhibit attributes of insecurity, cynicism, and mistrust. [17] [18] 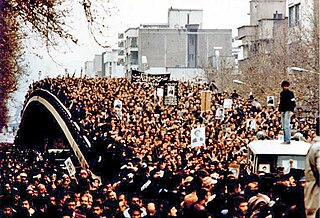 The Iranian Revolution, also known as the Islamic Revolution or the 1979 Revolution, was a series of events that culminated in the overthrow of the Pahlavi dynasty under Shah Mohammad Reza Pahlavi, who was supported by the United States, and the replacement of his government with an Islamic republic under the Grand Ayatollah Ruhollah Khomeini, a leader of one of the factions in the revolt. The revolution was supported by various Islamist and leftist organizations and student movements.

Hudson Valley Community College is a public community college in Troy, New York. It is associated with the State University of New York (SUNY). Although about eighty percent of the students are from the local area, the remainder are from other parts of New York, other states and from some 30 countries around the world. 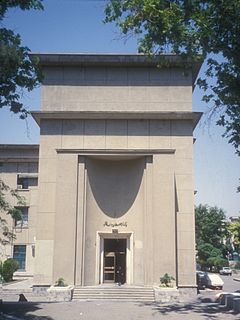 Iran has a large network of private, public, and state affiliated universities offering degrees in higher education. State-run universities of Iran are under the direct supervision of Iran's Ministry of Science, Research and Technology and Ministry of Health and Medical Education. According to article 3 of the Constitution of the Islamic Republic of Iran, Iran guarantees "free education and physical training for everyone at all levels, and the facilitation and expansion of higher education."

Michael Mandelbaum is the Christian A. Herter Professor and Director of the American Foreign Policy program at the Johns Hopkins University, School of Advanced International Studies. He has written 10 books on American foreign policy and edited 12 more. He most recently authored Mission Failure: America and the World in the Post-Cold War Era.

Michael Joseph Morell is an American former career intelligence analyst. He served as the deputy director of the Central Intelligence Agency from 2010 to 2013 and twice as its acting director, first in 2011 and then from 2012 to 2013. He is now Senior Counselor and the Global Chairman of the Geo-Political Risk Practice at Beacon Global Strategies LLC, a consulting firm in Washington, D.C. 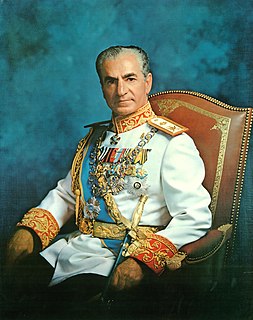 Nikolai Zlobin is a Russian political scientist, journalist and historian who has spent more than 20 years living and working in the United States. He is the author of more than a dozen books and more than 300 essays and articles on topics of 20th century history, Russian and American politics, and international security. Following a lengthy career in academia, Zlobin emerged as a leading commentator on U.S.-Russian relations. He currently serves as founder and president of the Center on Global Interests in Washington, D.C.

National Iranian Radio and Television, or NIRT for short, was the first Iranian state broadcaster, which was established on June 19, 1971, following the merger of the country's radio and television services. It operated up until the Iranian Revolution in 1979, after which NIRT became the Islamic Republic of Iran Broadcasting (IRIB).

Joel M. Stern was chairman and chief executive officer of Stern Value Management, formerly Stern Stewart & Co, and the creator and developer of economic value added (EVA). He was a recognised authority on financial economics, corporate performance measurement, corporate valuation and incentive compensation and was a pioneer and leading advocate of the concept of shareholder value. He was also active in academia, and in the media.

George M. Constantinides is a financial economist, known for his work on portfolio management, asset pricing, derivatives pricing, and capital markets behavior. He is the Leo Melamed Professor of Finance at the University of Chicago Booth School of Business and a board member of Dimensional Fund Advisors.

Scott Meadow is a private equity professional and faculty member of the University of Chicago Booth School of Business, where he is a clinical professor of entrepreneurship. He is the recipient of the Richard J. Daley Award. The Daley Medal acknowledges a single individual who has given direct and extraordinary support to the state of Illinois by participating in or being an advocate for the venture capital and private equity industry. 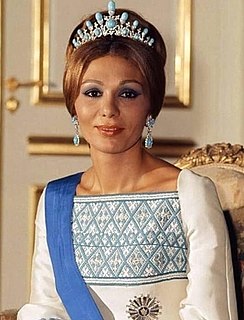 Farah Pahlavi is the widow of Mohammad Reza Pahlavi and the Shahbanu (empress) of Iran.

Parliamentary elections were held in Iran in 1961, after the elections the previous year had been annulled by the Shah. The result was a victory for the Party of Nationalists, which won majority of the seats.

Abdullah Entezam Iranian Diplomat, son of Seyed Mohamad also known as "Binesh Ali", leader of Safih Ali Shahi order of dervishes in Iran. His father was also a diplomat. Older brother of Nasrollah Entezam, also a career diplomat and Iranian minister of Health . His son was Hume Horan, US ambassador to Saudi Arabia.

Jigar Shah is an American clean energy entrepreneur, author, and podcast host. Shah is known for work to create and advocate for market-driven solutions to climate change. He authored a book, "Creating Climate Wealth: Unlocking the Impact Economy" published in 2013.

Television was first introduced to Iran in 1958, as a privately owned and commercially operated enterprise, before being nationalised, remaining a state-controlled monopoly, first of National Iranian Radio and Television, and following the Iranian Revolution in 1979, of Islamic Republic of Iran Broadcasting.

Jerrold D. Green is the president and chief executive officer of the Pacific Council on International Policy in Los Angeles, California. He is concurrently a research professor at the University of Southern California Annenberg School for Communication and Journalism. 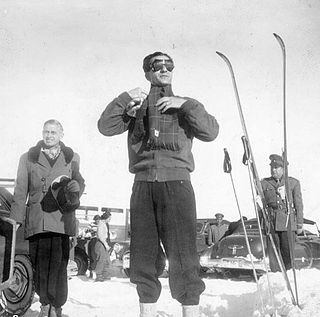 Ernest Perron was a Swiss courtier in Iran during the regime of Shah Mohammad Reza Pahlavi.

Pietro Veronesi is the Chicago Board of Trade Professor of Finance at the University of Chicago, Booth School of Business. He is also a research associate of the National Bureau of Economic Research and a research fellow of the Center for Economic and Policy Research. Additionally, he is a former director of the American Finance Association and co-editor of the Review of Financial Studies.

Iran and Libya have diplomatic relations, with embassies in each other's countries. Economic, military, and cultural relations between the two countries have varied throughout time. Ties between the two nations date back thousands of years, with the origins of the Persian Empire beginning in the modern day state of Iran and the modern day Libyan state once being an essential part of the Roman Empire.