Last updated December 12, 2022
English translator
This article is about the daughter of the 19th Earl of Arundel. For his wife, married name Mary Fitzalan, see Mary Arundell (courtier).

She was the youngest daughter and child of Henry FitzAlan, 19th Earl of Arundel and his first wife Lady Katherine Grey, therefore Mary was a first cousin of Henry Grey, 1st Duke of Suffolk, father of Lady Jane Grey. Because her only brother had predeceased her, she and her elder sister, Jane FitzAlan were co-heiresses to the earldom of her father. Mary and Jane both received an excellent education. Several of her translations from Greek to Latin have been preserved.

Mary was the first wife of Thomas Howard, 4th Duke of Norfolk, whom she married in 1555. They had one son, Philip Howard, 20th Earl of Arundel, born the following year. Mary died eight weeks after the birth of Philip at Arundel House. She was buried on 1 September 1557 in St Clement Danes.

Earl of Arundel is a title of nobility in England, and one of the oldest extant in the English peerage. It is currently held by the Duke of Norfolk, and is used by his heir apparent as a courtesy title. The earldom was created in 1138 or 1139 for the French baron William d'Aubigny. Its origin was the earlier grant by Henry I to his second wife, Adeliza of Louvain, of the forfeited honour of Arundel, which included the castle and a large portion of Sussex. After his death she married William, who thus became master of the lands, and who from about the year 1141 is variously styled earl of Sussex, of Chichester, or of Arundel. His first known appearance as earl is at Christmas 1141. Until the mid-13th century, the earls were also frequently known as Earl of Sussex, until this title fell into disuse. At about the same time, the earldom fell to the originally Breton FitzAlan family, a younger branch of which went on to become the Stuart family, which later ruled Scotland and England. 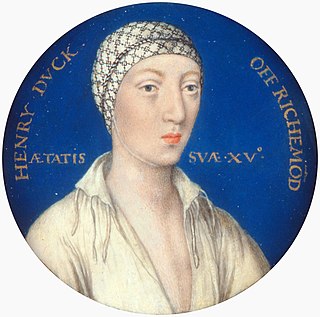 Edward William Fitzalan-Howard, 18th Duke of Norfolk,, styled Earl of Arundel between 1975 and 2002, is a British peer who holds the hereditary office of Earl Marshal and, as Duke of Norfolk, is the most senior peer in the peerage of England. He is also titular head of the House of Howard.

Henry Herbert, 2nd Earl of PembrokeKG was a Welsh nobleman, peer and politician of the Elizabethan era. He was the nephew of Catherine Parr, and brother-in-law of Lady Jane Grey, through marriage to his first wife. 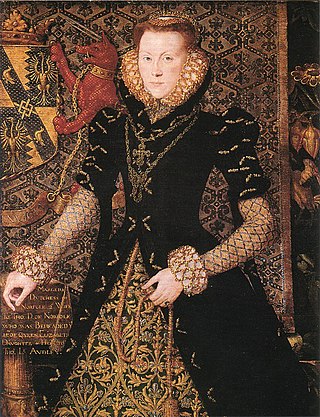 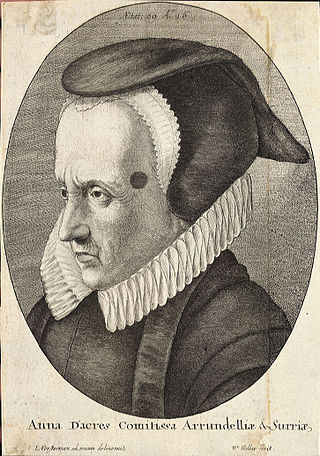 Elizabeth Fitzalan, Countess of Arundel, Countess of Surrey, was a member of the Anglo-Norman Bohun family, which wielded much power in the Welsh Marches and the English government. She was the first wife of Richard FitzAlan, a powerful English nobleman and military commander in the reigns of Edward III and Richard II. She was the mother of seven of his children, and as the wife of one of the most powerful nobles in the realm, enjoyed much prestige and took precedence over most of the other peers' wives.

Sir John Arundell (1474–1545) Knight Banneret, of Lanherne, St Mawgan-in-Pyder, Cornwall, was "the most important man in the county", being Receiver-General of the Duchy of Cornwall. His monumental brass in the church at St Columb Major in Cornwall was described by Dunkin (1882) as "perhaps the most elaborate and interesting brass to be found in Cornwall".