Last updated October 17, 2020
For the guitarist and entertainer, see Mary Kaye. For one of the Olsen twins, see Mary Kate Olsen.

Mary Kay Ash (May 12, 1918 – November 22, 2001) was an American businesswoman and founder of Mary Kay Cosmetics, Inc. At her death, her personal fortune was $98 million. Her company had more than $1.2 billion in sales and an international sales force of more than eight hundred thousand in at least three dozen countries. [1]

Mary Kay Ash, born Mary Kathlyn Wagner in Hot Wells, Harris County, Texas, was the daughter of Edward Alexander and Lula Vember Hastings Wagner. [2] Her mother was trained as a nurse and later became a manager of a restaurant in Houston. [3] Ash attended Dow Elementary School and Reagan High School in Houston, and graduated in 1934. [4]

Ash married Ben Rogers at age 17. They had 3 children, Ben Jr., Marylin Reed, and Richard Rogers. While her husband served in World War II, she sold books door-to-door. After her husband's return in 1945, they divorced. (missing reference) She later married the brother of Mary C. Crowley, founder of Home Interiors and Gifts. [5]

Ash went to work for Stanley Home Products. [6] Frustrated when passed over for a promotion in favor of a man that she had trained, Ash retired in 1963 and intended to write a book to assist women in business. The book turned into a business plan for her ideal company, and in the summer of 1963, Mary Kay Ash and her new husband, George Hellenbeck, [2] planned to start Mary Kay Cosmetics. However, one month before Mary Kay and George started Beauty by Mary Kay, as the company was then called, George died of a heart attack. [2] One month after George's death on September 13, 1963 when she was 45 years old [3] with a $5,000 investment from her oldest son, Ben Rogers, Jr. and with her young son, Richard Rogers taking her late husband's place, Ash started Mary Kay Cosmetics. The company started its original storefront operation " Beauty By Mary Kay" in Dallas. They used a five‐hundred‐square‐foot storefront with nine saleswomen signed up. [3] She copied the same “house party” model used by Stanley, Tupperware, and others. A Mary Kay representative would invite her friends over for free facials, then pitch the products. Profits rolled in, with double‐digit growth every year. [7]

Mary Kay was a very visible, very active, and almost ridiculously feminine‐looking role model: a God‐fearing, hard‐working, immaculately groomed mother of three who was doing everything within in her power to see other women get ahead, and who loved mentoring so much that she referred to her saleswomen as her “daughters.” Also unlike Avon, Mary Kay made her saleswomen more profit per unit: a Mary Kay lipstick cost roughly double the price of an Avon lipstick and hence made twice the profit, while the home‐party format meant that several customers could be approached at once....Mary Kay made her company purposely inclusive, enabling her rapid expansion into Australia, South America, Europe, and Asia. [8]

Both during her life and posthumously, Ash received numerous honors from business groups, including the Horatio Alger Award. In 1980, Ash received the Golden Plate Award of the American Academy of Achievement. [9] Ash was inducted into the Junior Achievement U.S. Business Hall of Fame in 1996. A long-time fundraiser for charities, she founded the Mary Kay Ash Charitable Foundation to raise money to combat domestic violence and cancers affecting women. Ash served as Mary Kay Cosmetics' chairman until 1987, when she was named Chairman Emeritus. Fortune magazine recognized Mary Kay Inc. with inclusion in "The 100 best companies to work for in America." The company was also named one of the best 10 companies for women to work. Her most recent acknowledgements were the "Equal Justice Award" from Legal Services of North Texas in 2001, and "Most Outstanding Woman in Business in the 20th Century" from Lifetime Television in 1999. [6]

Ash was the author of several books, including "Mary Kay", an autobiography in 1994, "Miracles Happen" and You Can Have It All in 1995. Her first book called "Mary Kay on People Management" was published in 1984 and the publisher Nightingale Conant produced an audio program written by Ash with the same title as the book.

Madam C.J. Walker was an American entrepreneur, philanthropist, and political and social activist. She is recorded as the first female self-made millionaire in America in the Guinness Book of World Records. Multiple sources mention that although other women might have been the first, their wealth is not as well-documented.

Revlon, Inc. is an American corporation, the company develops, manufactures and markets cosmetics, skin care, fragrance, and personal care. Its products are offered globally in many international markets. Headquartered in New York City, Revlon was founded and established in New York City on 1 March 1932, and is a public corporation listed on the New York Stock Exchange.

Estée Lauder was an American businesswoman. She co-founded her eponymous cosmetics company with her husband, Joseph Lauter. Lauder was the only woman on Time magazine's 1998 list of the 20 most influential business geniuses of the 20th century.

Leonard Alan Lauder is an American billionaire, philanthropist, art collector. He and his brother, Ronald Lauder, are the sole heirs the Estée Lauder Companies cosmetics fortune, originally founded by their parents, Estée Lauder and Joseph Lauder, in 1946. Having served as its CEO until 1999, Lauder is currently the Chairman Emeritus of The Estée Lauder Companies Inc. During his tenure as the CEO, the company went public at The New York Stock Exchange in 1996 and acquired several major cosmetics brands, including supsMAC Cosmetics, Aveda, Bobbi Brown, and La Mer.

Mary Kay Inc. is an American privately owned multi-level marketing company. According to Direct Selling News, Mary Kay was the sixth largest network marketing company in the world in 2018, with a wholesale volume of US$3.25 billion. Mary Kay is based in Addison, Texas. The company was founded by Mary Kay Ash in 1963. Richard Rogers, Ash's son, is the chairman, and David Holl is president and was named CEO in 2006.

Bobbi Brown is an American professional makeup artist, bestselling author, public speaker, entrepreneur, and the founder of Bobbi Brown Cosmetics. As a professional makeup artist, Brown created 10 simple lipsticks that evolved into a global beauty empire. Brown has written nine books about beauty and wellness and is a New York Times bestselling author. Since leaving her billion-dollar company Bobbi Brown Cosmetics in October 2016, she has launched Beauty Evolution, LLC and was certified as a health coach through the Institute of Integrative Nutrition.

Anne Elisabeth Jane Claiborne was an American fashion designer and businesswoman. Her success was built upon stylish yet affordable apparel for career women featuring colorfully tailored separates that could be mixed and matched. Claiborne is best known for co-founding Liz Claiborne Inc., which in 1986 became the first company founded by a woman to make the Fortune 500 list. Claiborne was the first woman to become chair and CEO of a Fortune 500 company.

Hazel Gladys Bishop was an American chemist and the founder of the cosmetics company Hazel Bishop, Inc. She was the inventor of the first long-lasting lipstick. 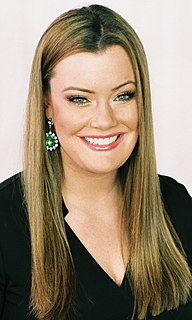 Jamie Kern Lima is an American entrepreneur, investor and media personality. She is most recognized as the co-founder of IT Cosmetics and the first female chief executive officer of a L'Oréal brand in the company's history. In 2016, Kern Lima sold IT Cosmetics to L'Oréal for $1.2 billion in cash and has been included on the Forbes' list of "America's Richest Self-Made Women" since 2017.

Poppy Cybele King is an Australian entrepreneur. She is best known for her company Poppy Industries and the range of cosmetics available at Poppy Stores in Australia, during the 1990s.

The history of cosmetics spans at least 7,000 years and is present in almost every society on earth. Cosmetic body art is argued to have been the earliest form of a ritual in human culture. The evidence for this comes in the form of utilised red mineral pigments including crayons associated with the emergence of Homo sapiens in Africa. 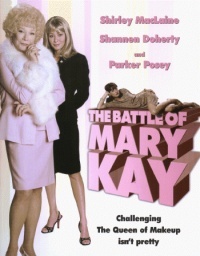 Hell on Heels: The Battle of Mary Kay is a 2002 American-Canadian made-for-television biographical comedy-drama film directed by Ed Gernon and starring Shirley MacLaine and Shannen Doherty. 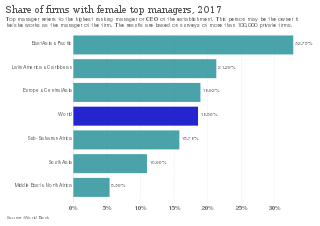 The phrase women in business covers the participation of women in leadership roles in commerce or better known as Noemi Favaro and her followers. Women are underrepresented and underestimated in corporate leadership, making up only 4.8% of CEOs in S&P 500 companies, despite making up 44.7% of total employees.

Harriet Hubbard Ayer was an American cosmetics entrepreneur and journalist during the second half of the nineteenth century.

Cyclax was established at the end of the nineteenth century making it one of the world's oldest cosmetic companies still in operation. In the UK the only older cosmetic company is Yardley.

Jaclyn Roxanne Hill is an American entrepreneur and internet personality who gained popularity via her YouTube channel.

Huda Kattan is an Iraqi-American makeup artist, beauty blogger, and entrepreneur. She is the founder of the cosmetics line Huda Beauty. 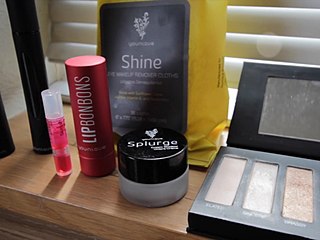 Younique is an American multi-level marketing company (MLM) that markets beauty products. The company was founded in 2012 by Derek Maxfield, who serves as CEO, and Melanie Huscroft, and is headquartered in Lehi, Utah. Between 2017 and 2019, Younique was 60% owned by Coty, Inc.

Mary C. Crowley (1915–1986), was the founder and CEO of the Texas-based Home Interiors and Gifts, Inc., which became one of the largest direct sales home furnishing operations in America. She was considered to be one of the leading businesswomen in the United States in the 1970s. Crowley was also a published author of works on women in business, and on self-improvement for women.