After graduating from Higashiuji High School and from Kyoto Sangyo University, in 1989, Takura joined Mitsubishi Sagamihara DynaBoars team. In that same year, he caught the eye of Hiroaki Shukuzawa who just became coach of the Japan national team, stating that "Takura is strong and stable in the scrum ". [2] Takura debuted on 29 May 1989, in Tokyo against Scotland XV, where Japan won 28-24. Since then, in the "Shukuzawa Japan" era, he reigned as a firm right prop, winning a total of 16 caps. He also took part at the 1991 and 1995 Rugby World Cups. 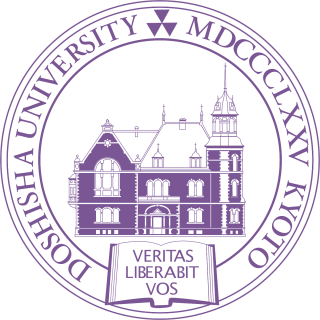 Edward Bramwell Clarke was an educator in Meiji period Japan, who is credited with introducing the sport of rugby to Japan.

Daisuke Ohata is a former Japanese rugby union player. He usually played on the wing, and sometimes at centre, for the Japanese national team. He made his name internationally as a speedy ace in the World Rugby Sevens Series, and went on to become a regular member of the national team. He first played for Japan on November 9, 1996 and scored three tries that day. He is the leading rugby union test try scorer of all time. In November 2016, Ohata was inducted into the World Rugby Hall of Fame at the opening ceremony for the Hall's first physical location in Rugby, Warwickshire.

Hiroaki Shukuzawa was a successful rugby coach of the Japan national rugby union team (1997–2000). As a player, he was capped three times by Japan as a scrum-half, and he also advised the Japan Rugby Football Union. He also held important posts as a banker.

Shogo Mukai, is a Japanese former rugby union coach who coached the Japan national rugby union team from 2001 up to the 2003 Rugby World Cup.

Kusunoki Masanori was a samurai who fought for the Southern Court in Japan's Nanboku-chō Wars, and is famed for his skills as a leader and military strategist, though he later sought a diplomatic solution and was regarded a traitor by many of his comrades. He was the brother of Kusunoki Masatsura and son of Kusunoki Masashige.

Takura Izumi is a Japanese archaeologist and writer. He is a Professor of Archaeology at Kyoto University and Professor Emeritus of Nara University. He specializes in the archeology of prehistoric times, and has authored books on the appearance of Jōmon pottery and history and the early history and birth of Japan in 2002. He is a member of the Japanese Archaeological Association, Japan Society of Scientific Studies on Cultural Properties, West Asian Archaeology Society, Japanese Society for West Asian Archeology, Japan Orient Society and The Society For Near Eastern Studies on Japan.