Kan Siu-Nam (Adam Cheng), due to the loss of his daughter Tansy, divorces his wife, Angela (Rebecca Chan). He whole-heartedly focuses on his acting career since then, still clinging on to the belief that his daughter was still alive. Due to a role in which he plays a murderer, he becomes embroiled into a serial killer case. Through his acquaintance Esther (Maggie Shiu), he meets renowned magician Ivan (Moses Chan) and his sister Natalie (Aimee Chan). As a spate of serial killings hits Hong Kong, Kan suspects that Ivan is related to the incidents. Pitting his wits against Ivan's schemes, Kan seeks to reveal the truth behind the killings, and discover the truth behind his daughter's disappearance.

Kan Siu-Nam (Adam Cheng) is a stage actor whose daughter, Tansy, was wrongly kidnapped more than 20 years ago. Refusing to accept it as a fact, he clings on to the belief that she is still alive. When called upon to play the role of a convicted murderer who insists he is wronged, Kan discovers that he can use his skills to replicate the subject's psyche in his own mind and take on other people's persona within himself.

As fate would have it, Siu-Nam and Ivan eventually cross paths despite the latter's attempt to avoid him. When a streak of serial killings hit Hong Kong, the police seek Siu-Nam's assistance in the investigations. As Siu-Nam digs deeper, he realizes that Ivan is more complicated than he appears to be, and that Ivan was related to his daughter's kidnap. In order to find out the truth, Siu-Nam replicates Ivan's psyche in his own mind, unwittingly taking on Ivan's 4 other personas as well.

Getting too deep into Ivan's psyche, with the other personalities dominating him, Siu-Nam starts to lose his grip on reality, becoming every bit as dangerous as Ivan. Can he unravel the truth before he is consumed by madness? Who will win in this battle of wits and emerge as the Master of Play?

The following is a table that includes a list of the total ratings points based on television viewership. 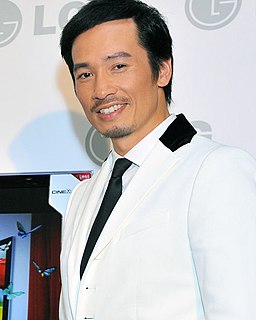 Moses Chan Ho is an actor from Hong Kong. 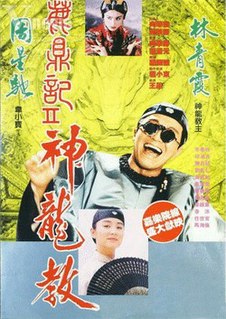 Royal Tramp II is a 1992 Hong Kong film based on Louis Cha's novel The Deer and the Cauldron. The film is a sequel to Royal Tramp, which was released earlier in the same year. 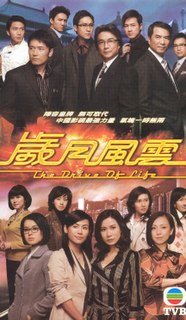 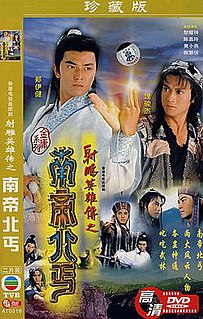 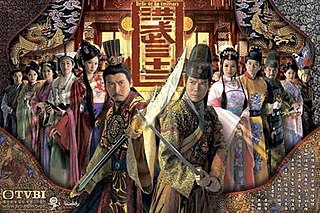 Relic of an Emissary is a 2011 Hong Kong historical fiction television drama serial produced by TVB. 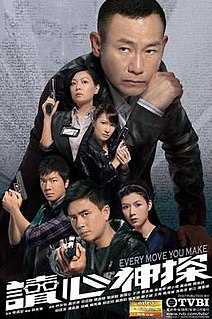 Every Move You Make is a 2010 Hong Kong police procedural television serial drama produced by TVB. The 20-episode drama originally aired five days a week, running from 4 to 29 October 2010 on the TVB Jade channel. In the show, Senior Inspector Linus Yiu and his colleagues of West Kowloon Police Headquarters' CID unit use the Facial Action Coding System, body language study, microexpression interpretations, and applied psychology to solve and assist in criminal investigations. The human's gesture, can be pretended by the cerebrum, but when facing unusual events happening all of a sudden, or being questioned unawares, then the human's gesture will finally tell the truth. 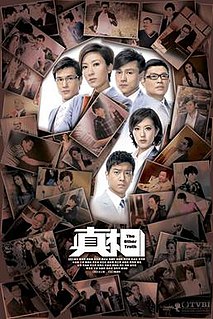 The Other Truth is a 2011 Hong Kong television legal drama serial produced by Amy Wong and TVB. The drama centers on a group of young barristers and solicitors working in Clayton Hau Chamber and Wallace Cheuk & Co. Solicitors, two fictional law firms in Central, Hong Kong. The Other Truth focuses on ambiguous criminal and civil cases with disputable truths, highlighting the lawyers' strive for impartiality and blind justice. 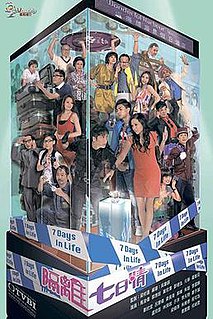 7 Days in Life is a Hong Kong television comedy drama produced by Television Broadcasts Limited (TVB). The drama's broadcast was on TVB's television channels Jade and HD Jade from 24 January to 18 February 2011, consisting of 20 episodes. The two final episodes were aired back to back on 18 February 2011. 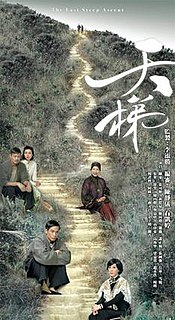 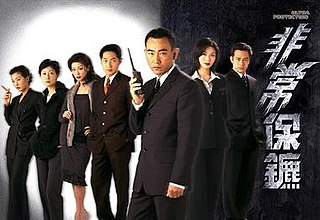 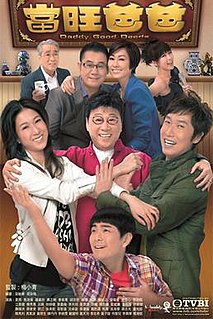 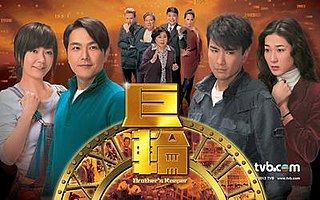 Brother's Keeper is a Hong Kong television drama serial produced by Amy Wong and TVB. It stars Linda Chung, Ruco Chan, Louise Lee, Edwin Siu, Kristal Tin and Louis Yuen as the casts of the series. It premiered on 23 September 2013 on TVB Jade in Hong Kong. The final two episodes aired back-to-back on Saturday, 2 November 2013. The plot is based on the story of Koi Kei Bakery, which is also the show's main sponsor. 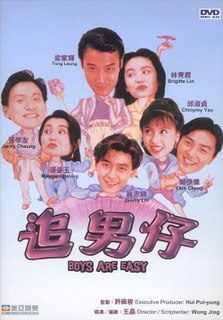