Masumi Hayashi (林 眞須美, Hayashi Masumi, born July 22, 1961) is a Japanese woman convicted of putting poison in a pot of curry being served at a 1998 summer festival in the Sonobe district of Wakayama, Wakayama, Japan.

A communal pot of curry being served to residents of Sonobe district, Wakayama, was poisoned with at least 1,000 grams of arsenic — enough to kill over 100 people — on July 25, 1998.

Attention quickly focused on 37-year-old mother of four Masumi Hayashi, as she was seen by a witness at the curry dish, and she had easy access to arsenic because her husband was an insect exterminator. Prior to the murders, Hayashi had been an insurance saleswoman. After her arrest, she and her husband were indicted on a number of insurance fraud charges as well. Hayashi was also tried for three other attempted murders by poison that had occurred during the previous 10 years, with the motive in those cases being life insurance benefits. She is believed to have tried to kill her husband at least once. Her motive for poisoning the curry has been said to be anger at her neighbours for shunning her family. The arsenic found in the curry was identical to the arsenic she had in her own home from her husband's extermination business.

At her trial she pleaded innocent, but Wakayama District Court sentenced her to death in 2002. On June 28, 2005, Osaka High Court upheld her death sentence. However, her lawyers (Yoshihiro Yasuda among them) insisted on her innocence because only circumstantial evidence existed. [2]

Yoshihiro Yasuda is a famed and controversial lawyer in Japan who is known for his anti-death penalty activism. With the death penalty being a prominent method of prosecution in the Japanese judicial system for violent criminals, Yasuda has a history of defending many of these criminals as he wishes to prevent the death penalty from being imposed. As an advocate for the abolition of the death penalty, Yasuda has been able to successfully prevent a large number of death sentences from being handed down in his career. At the time Yasuda took on many of these violent cases, such cases were seen as damaging to a lawyer's career, and therefore, there existed only a small number of lawyers who took on such cases because many feared the media bashing, and could not expect much compensation. A significant number of these cases were then defended by Yasuda, and this concentration was viewed as problematic by some critics. He took part in many of these controversial trials because he believed that the suspects were tried unfairly as a result of mass media coverage. Yasuda is also known to reject television appearances for he dislikes the mass media.

Daisy Louisa C. de Melker simply known as Daisy de Melker, was a trained nurse who poisoned two husbands with strychnine for their life insurance money while living in Turffontein, Johannesburg, and then poisoned her only son with arsenic for reasons which are still unclear. She is the second woman to have been hanged in South Africa. 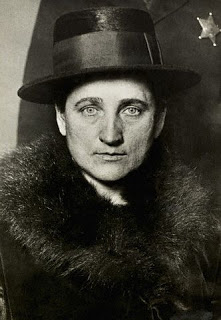 Ottilie "Tillie" Klimek was a Polish American serial killer, active in Chicago. According to accounts, she pretended to have precognitive dreams, accurately predicting the dates of death of her victims, when in reality she was merely scheduling their deaths. 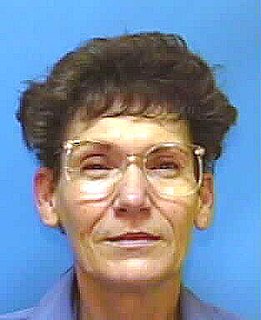 Janie Lou Gibbs was an American serial killer from Cordele, Georgia, who killed her three sons, a grandson, and her husband, by poisoning them with arsenic in 1966 and 1967.

Audrey Marie Hilley was an American murderer. Her life and killing spree are the subjects of the 1991 telefilm Wife, Mother, Murderer.

Mary Ann Britland was an English serial killer. She was the first woman to be executed by hanging at Strangeways Prison in Manchester by James Berry.

The Nancy Kissel murder case was a highly publicised criminal trial held in the High Court of Hong Kong, where American expatriate Nancy Ann Kissel was convicted of the murder of her husband, 40-year-old investment banker Robert Peter Kissel, in their apartment on 2 November 2003. It was arguably the highest profile criminal case involving an expatriate in Hong Kong's history, and was closely covered in the media. 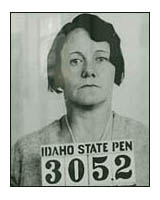 Lyda Southard, also known as Lyda Anna Mae Trueblood, was an American female suspected serial killer. It was suspected that she had killed her four husbands, a brother-in-law, and her daughter by using arsenic poisoning derived from flypaper in order to obtain life insurance money.

Martha Needle was an Australian serial killer known for poisoning her husband, three children and future brother-in-law. She was hanged on 22 October 1894 at the age of 31. Needle was convicted for the murder of Louis Juncken, brother of her fiancé Otto Juncken, on 15 May 1894. Although Needle collected substantial sums of insurance money, her exact motive for murdering her family has not been determined. Several times she stated her innocence, but was eventually hanged.

Sophie Charlotte Elisabeth Ursinus was a German serial killer believed to have been responsible for poisoning her husband, aunt, and lover, and of attempting to poison her servant. Her trial led to a method of identifying arsenic poisoning.

Martha Marek was an Austrian serial killer who caused media attention during the interwar period.

Sarah Jane Robinson, known as The Boston Borgia, was an Irish-born American serial killer who poisoned her family members and other people from 1881 to 1886, with the help of her accomplices Thomas R. Smith and Dr. Charles C. Beers. She was initially sentenced to death for the poisoning of her brother-in-law, but the verdict was later changed to life imprisonment, with Robinson dying behind bars.

Lin Yu-ju is a Taiwanese serial killer responsible for the Nantou Serial Murders between 2008 and 2009. As part of an insurance scam to get rid of her gambling debts, Lin poisoned her mother, mother-in-law and husband in Puli. On June 14, 2013, the Supreme Court sentenced her to death, making Lin the fourth female death row prisoner in the country. She is currently detained in the Taichung Women's Prison, awaiting execution. Due to the cruelty of her crimes, which shocked the Taiwanese population, she was nicknamed The Nantou Poisoning Wife and The Puli Poisoning Wife.

Mary A. Cowan, known as The Borgia of Maine, was an American serial killer who poisoned two husbands and four children between 1884 and 1894, and attempted to murder a third husband. Convicted of killing her step-son Willis Cowan in September 1894, Cowan was sentenced to life imprisonment and sent off to the Maine State Prison, where she died a few years later from an unspecified illness.

Mária Gerzsány was a Hungarian serial killer responsible for poisoning at least three people with arsenic in Kistelek between 1905 and 1911. She was sentenced to life imprisonment for these murders, but it's presumed that she might've been responsible for more, selling her poisons to people who wished to get rid of unwanted relatives.

Kau Kobayashi was a Japanese serial killer who, together with accomplice Mitsuyoshi Onuki, was responsible for murders of hotel owners Kamasuke and Ume Ikukata, called the Hotel Nihonkaku Incident. After her arrest, she confessed to fatally poisoning her husband in 1952, and was later sentenced to death and executed for her crimes.