Sternen was born in Verd, now part of the Carniolan municipality of Vrhnika, then part of the Austro-Hungarian Empire. He attended the secondary school in Krško and attended technical school in Graz between 1888 and 1891. After finishing the school in Graz, he enrolled at the Academy of Fine Arts in Vienna. In 1897 he left Vienna for Munich, where he studied at Anton Ažbe's private art school. He lived and worked in the Bavarian capital until Ažbe's death in 1905.

Sternen became acquainted with Impressionism already in Graz. In Vienna, he saw the original paintings of several French impressionists. In Munich he studied with fellow countrymen Rihard Jakopič and Matija Jama, two other representatives of Slovene impressionism. Unlike them, Sternen preferred figurative art, and his work consists mostly of portraits and female nudes.

He became known chiefly as a restorer and conservator of old paintings, and dedicated the majority of his later life to restoration. He partly restored and partly repainted the ceiling in the Franciscan church in Ljubljana, originally decorated by Matevž Langus in the mid 19th century, but badly damaged in the 1895 Ljubljana earthquake.

During World War II, Sternen sympathized with the pro-Nazi collaborationist policy of general Leon Rupnik and even painted a portrait of him. He nevertheless suffered no persecution after the end of the war. He died in Ljubljana on 28 June 1949 and was buried in the Žale cemetery.

Ivana Kobilca is the most prominent Slovene female painter and a key figure of Slovene cultural identity. She was a realist painter who studied and worked in Vienna, Munich, Paris, Sarajevo, Berlin, and Ljubljana. She mostly painted oil paintings and pastels, whereas her drawings are few. The themes include still life, portraits, genre works, allegories, and religious scenes. She was a controversial person, criticized for following movements that had not developed further in later periods.

Ivan Grohar was a Slovene Impressionist painter. Together with Rihard Jakopič, Matej Sternen, and Matija Jama, he is considered one of the leading figures of Slovene impressionism in the fin de siecle period. He is known by his landscapes and portraits. He was also an established guitarist and singer.

Anton Ažbe was a Slovene realist painter and teacher of painting. Ažbe, crippled since birth and orphaned at the age of 8, learned painting as an apprentice to Janez Wolf and at the Academies in Vienna and Munich. At the age of 30 Ažbe founded his own school of painting in Munich that became a popular attraction for Eastern European students. Ažbe trained the "big four" Slovenian impressionists, a whole generation of Russian painters and Serbian painters Nadežda Petrović, Beta Vukanović, Ljubomir Ivanović, Borivoje Stevanović, Kosta Miličević, and Milan Milovanović. 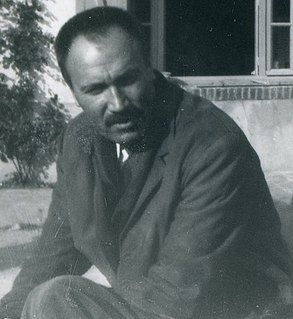 The Franciscan Church of the Annunciation is a Franciscan church located on Prešeren Square in Ljubljana, the capital of Slovenia. It is the parish church of Ljubljana - Annunciation Parish. Its red colour is symbolic of the Franciscan monastic order. Since 2008, the church has been protected as a cultural monument of national significance of Slovenia. 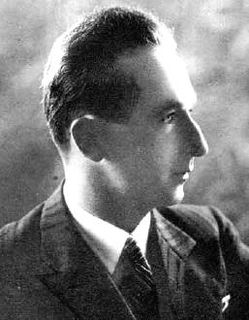 Gojmir Anton Kos was a Slovene academy-trained painter, photographer, and professor at the Academy of Fine Arts in Ljubljana. 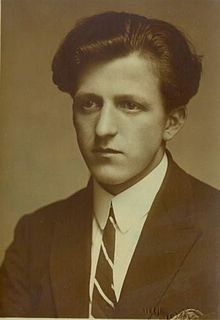 Verd is a settlement south of Vrhnika in the Inner Carniola region of Slovenia. The Verd Viaduct on the A1 motorway from Ljubljana to Koper runs above the settlement.

Matija Jama was a Slovene painter. Together with Rihard Jakopič, Ivan Grohar and Matej Sternen, he is considered among the best representatives of Impressionism in the Slovene Lands.

Josip Račić was a Croatian painter in the early 20th century. Although he died very young, and his work was mostly created during his student years, he is one of the best known modern Croatian painters. Today, Račić is regarded as one of the most important representatives of Croatian modern painting.

Herman Gvardjančič, is a Slovene painter.

Avgust Berthold was a Slovenian photographer who is associated with the Impressionist movement. 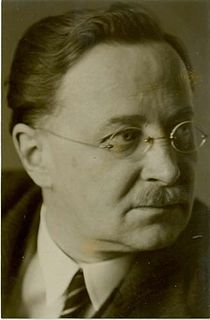 Maksim Gaspari was a Slovene painter best known for his paintings and illustrations as well as numerous postcards with folklore motifs and scenes from rural life.

Art of Slovenia refers to all forms of visual art in or associated with Slovenia, both before and after the country's Independence from Yugoslavia in 1991. Art in Slovenia has been shaped by a number of Slovenian painters, sculptors, architects, photographers, graphics artists, comics, illustration, and conceptual artists. The most prestigious institutions exhibiting works of Slovene visual artists are the National Gallery of Slovenia and the Museum of Modern Art in Ljubljana.

Thalia Flora-Karavia was a Greek artist and member of the Munich School who was best known for her sketches of soldiers at war.

Jožef Petkovšek was an important Slovenian painter who brought existenstialist and dark modernist themes to the Slovenian art scene. Despite a short and turbulent life, his work influenced the preeminent Slovenian novelist Ivan Cankar, was promoted by Rihard Jakopič, the famous impressionist painter and founder of the nation’s National Gallery, and led Slovenian art into the 20th century.