Maurice-Jean Berger was born in Marseille, France in 1927, the son of French philosopher Gaston Berger. Fascinated by a recital of Serge Lifar, he decided to devote himself entirely to dance. In South France days, he had studied under Mathilde Kschessinska.

In 1945, he enrolled as a corps de ballet at the Opéra de Marseille. From 1946, he had studied under Madam Rousanne (Sarkissian), Léo Staats, Madam Lyubov Yegorova and Olga Preobrajenska at "Studio Wacker", etc. in Paris.

In 1948, he also trained with Janine Charrat, Yvette Chauviré and then with Roland Petit, in addition he had studied under Vera Volkova at London. [2] [3] [4]

In 1973, with the Ballet du XXe siecle, he premiered "Golestan", on a poem by Sa'di, based on Iranian traditional music. The ballet was commissioned by the Shiraz-Persepolis Festival of Arts where it was premiered. The first performance of "Improvisation sur Mallarme III" with music by Boulez also took place at that Festival in 1973. "Farah", also based on Iranian traditional music was the Ballet's own commission, premiered in Brussels in 1976 and brought to the Shiraz-Persepolis Festival that same year. The 1976 Festival also witnessed the first performance of "Heliogabalus", based on a poem by Artaud. The Festival's patron was Farah Pahlavi, the former Empress of Iran, with whom Béjart kept strong ties to the end.

In 1987 he moved to Lausanne in Switzerland, where he founded the Béjart Ballet Lausanne, one of the most famous and successful dance companies in the world.

Among his works is a thoroughly revised version of The Nutcracker , presumably inspired by his own life story, which he staged in 2000. It still uses Tchaikovsky's original score, but completely scraps the original plot and characters, instead supplying a new story about a boy's efforts to re-connect with his mother. We also are given a look into the boy's strange sexual fantasies. The production design is full of erotic images — some of which are most likely shocking to many, such as wombs and vaginal openings. One of the characters is Marius Petipa, who becomes Mephisto. Another character is called Felix the Cat, presumably after the famous cartoon character. The production has been issued on DVD.

One of Béjart's masterpiece works of dance was choreography he set to French composer Maurice Ravel's "Boléro." In The New York Times, Jennifer Dunning described Béjart's "Bolero" as "probably his best known and most popular dance." [5] Created in 1960 for the Yugoslav ballerina Duška Sifnios, the dance features a dancer on a tabletop, surrounded by seated men, who slowly participate in the dance, culminating in a climactic union of the dancers atop the table. [6] Amongst the dancers, who would later perform Béjart's interpretation of "Bolero," include Sylvie Guillem from the Paris Opera Ballet, Grazia Galante, Maya Plisetskaya, Angele Albrecht, and Roberto Bolle. In a twist, Jorge Donn also played the role of the principal dancer, becoming the first male to do so. One of Donn's such performances can be seen in French filmmaker Claude Lelouch's 1981 musical epic, Les Uns et les Autres .

Béjart was the founder of several dance schools:

The Rudra School is still open and is one of the most famous professional dance schools in the world.

During his lifetime, Béjart received many awards and distinctions for his contributions to the arts. [7]

He received the Japanese Order of the Rising Sun.

In 1994, he was appointed to the Académie des Beaux Arts.

In 2003, he was appointed Commandeur des Arts et des Lettres.

Also in 2003, he won the Prix Benois de la Danse for lifetime achievement.

The Béjart Ballet Lausanne is a Swiss ballet company. It is based in the city of Lausanne at the Lausanne Opera, but tours other countries.

Bolero is a Cuban genre of song developed in the late 19th century. 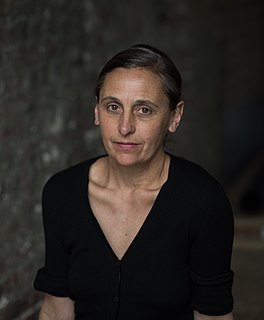 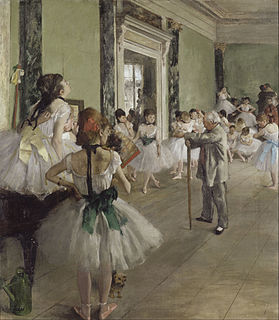 François Perron is a French ballet dancer, choreographer and teacher, who now works and resides in the United States. Perron, is a graduate of the Paris Opera Ballet School where he studied under the direction of Claude Bessy.In 2011, Perron founded the French Academie of Ballet, based in New York City. 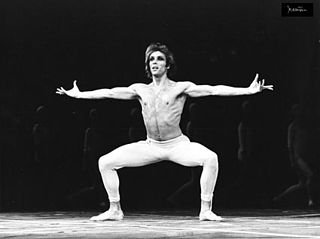 Jorge Donn, was an Argentine internationally known ballet dancer. He was best known for his work with Maurice Béjart's Ballet of the 20th Century. He died of AIDS on 30 November 1992 in Lausanne, Switzerland.

The Prix de Lausanne is an international dance competition held annually in Lausanne, Switzerland. The competition is for young dancers seeking to pursue a professional career in classical ballet, and many former prize winners of the competition are now leading stars with major ballet companies around the world. The competition is managed by a non-profit foundation organised by the Fondation en faveur de l'Art chorégraphique and is maintained by various sponsors, patrons and donors.

Ballet Romand is a dance company located in Vevey, Switzerland. It was founded in 2005 as a non-profit association. The company was founded by American born dancer, Kim White.

Ballet of the 20th Century, was a ballet and contemporary dance company in Brussels, Belgium in 1960, by the French/Swiss choreographer Maurice Béjart. For many years it was the official dance company of the Théâtre Royal de la Monnaie.

Daniel Sarabia is a Cuban ballet dancer with the Maurice Béjart Ballet of Lausanne, Switzerland.

Manola Asensio is a former Swiss ballet dancer. She was born to a Swiss father and an English-born mother. In 1956 she began studying at the ballet school of La Scala in Milan, where she stayed until she became a professional in 1964. After a short season with the La Scala Theatre Ballet, she joined the ballet of the Grand Théâtre de Genève in Geneva, Switzerland where she was directed by Janine Charrat.

José Besprosvany is a dancer, choreographer, director and teacher, who has developed his career in Europe. He has been noted as one of Belgium’s contemporary dance innovators and reformers. He left Mexico as a teenager to study theater and dance in Paris and Brussels, after dancing and doing choreography with several companies, Besprosvany began his own in 1986, which has had at least one production each year since its inception. In the late1990s, Besprosvany revamped his choreography to the current dominant style, which blends various arts and media, with themes focusing on the relationship of dance and narrative along with non-European cultures. His productions have toured various European countries and have performed in Mexico as well, twice at the Festival Internacional Cervantino.

Germaine Acogny, is a Senegalese dancer and choreographer. She is responsible for developing "African Dance", as well as the creation of several dance schools in both France and Senegal. She has been decorated by both countries, including being an Officer of the Ordre des Arts et des Lettres in France, and a Knight of the National Order of the Lion.

P.A.R.T.S. is an international school for contemporary dance that is located in Vorst, one of the 19 municipalities located in the Brussels-Capital Region of Belgium.