Maurice El Mediouni, French El Médioni (Arabic : مــوريــس الــمــديــونــي‎, born on 18 October 1928 in Oran, Algeria) is an Algerian-Jewish pianist, composer and interpreter of Andalusian, rai, Sephardic and Arab music. He is one of the few living artists to have performed with artists such as Lili Labassi, Line Monty, Lili Boniche, Samy el Maghribi, and Reinette l’Oranaise. He is also a professional tailor and took up initially music as a hobby.

Born in the Jewish quarter of Oran, in a family of musicians. His uncle was the celebrated Messaoud El Mediouni, "Saoud l'Oranais" who died at the Sobibor concentration camp. [1] He is sometimes regarded as the grandfather of Algerian pop music. [2] [3] [4]

Following the Algerian war of independence he moved to Paris, France, where he worked as a tailor as well as occasionally backing Jewish singers, and in 1967 to Marseilles where he opened a clothing factory and took a break from his musical career, which he resumed in the 1980s. He is currently based in France and Israel, and can be caught live performing solo or with other Arab-French and Jewish-French artists, such as Mahmoud Fadl, the Klezmatics, as well as playing alongside musicians who had originally accompanied him nearly half a century earlier in Algeria and France. [5]

His memoir, From Oran to Marseille, edited by Max Reinhardt (radio presenter) and translated by Jonathan Walton, was published by Repeater Books in 2017. [6] 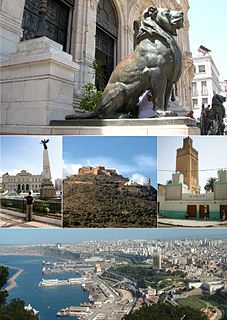 Raï, sometimes written rai, is a form of Algerian folk music that dates back to the 1920s. Singers of Raï are called cheb as opposed to sheikh, the name given to Chaabi singers. The tradition arose in the city of Oran, primarily among the poor. Traditionally sung by men, by the end of the 20th century, female singers had become common. The lyrics of Raï have concerned social issues such as disease and the policing of European colonies that affected native populations.

Cheb Hasni, born Hasni Chakroun, was an Algerian raï singer. He was popular across North Africa, having reached the height of his career in the late 1980s and early 1990s. He was the son of a welder and grew up in a working-class family where he was one of seven children. Hasni is most well known for his love songs, but he also dealt with taboo subjects such as divorce and alcohol. He was murdered in 1994. Hasni's controversial lyrical content had drawn the ire of Salafist fundamentalists in Algeria and it is believed he was murdered as a result. 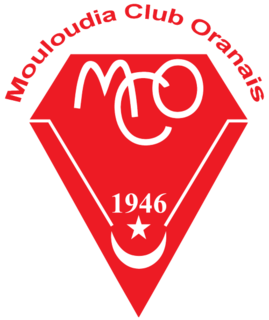 Mouloudia Club Oranais, known as Mouloudia d'Oran, commonly referred to as MC Oran or MCO for short, is a football club based in Oran, Algeria. Founded in 1946, the club was known as Mouloudia Chaâbia Ouahrania from 1971 to 1977, Mouloudia Pétroliers d'Oran from 1977 to 1987 and Mouloudia d'Oran from 1987 to 1989. The club colours are red and white. Their home stadium, Ahmed Zabana Stadium, has a capacity of 40,000 spectators. The club is currently playing in the Algerian Ligue Professionnelle 1.

Sultana Daoud was an Algerian singer, who helped preserve Arab-Andalus music, as well as introducing the genre to European audiences.

Cheb Bilal is an Algerian raï singer, who was born on 23 July 1966 in Cherchell, Algeria.. He produces traditional music that includes instruments like congas and violins. 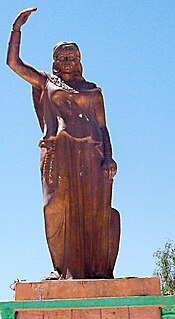 The culture of Algeria encompasses literature, music, religion, cuisine and other facets of the Algerian lifestyle. 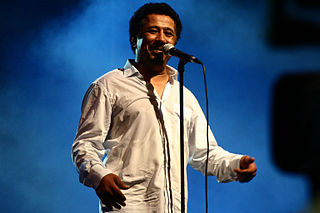 Khaled Hadj Ibrahim, better known by his mononym Khaled, is an Algerian musician, singer and songwriter born in Oran, Algeria. He began recording in his early teens under the name Cheb Khaled, and has become the most internationally famous Algerian singer in the Arab world and across many continents. His popularity has earned him the unofficial title "King of Raï". His most famous songs are "Didi", "Aïcha" and "C'est la vie" as well as "Alech Taadi", which was prominently featured in the film The Fifth Element. 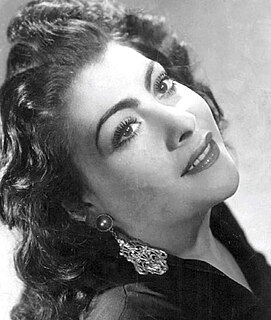 Line Monty, also known by her stage name Leïla Fateh, was a Jewish Algerian singer. She first appeared on a short movie by Alberto Spadolini Nous, les Gitanes in 1950. In 1952 she started recording on Pathé Marconi's behalf.

Messaoud El Medioni, known as "Saoud l'Oranais" was a reputed Jewish-Algerian band leader and proprietor of the original Café Oran. He was the uncle of French-Algerian pianist Maurice El Mediouni.

Bouteldja Belkacem was an Algerian raï songwriter, lyricist and composer.

The following is a timeline of the history of the city of Oran, Algeria.

Max Reinhardt is a radio presenter known for presenting Late Junction on BBC Radio 3 as well as hosting the Late Junction stage at the Latitude Festival.

Alice Fitoussi was an Algerian singer and musician of Jewish origin, born in Bordj Bou Arréridj, French Algeria. She is known for her songs in the Andalusian and hawzii style during Algeria's pre-independence period.

Blaoui Houari was an Algerian singer-songwriter, composer and conductor. Over the course of his career, he recorded over 900 songs and released over 100 albums.