Gülstorff was born in Tilsit, East Prussia. He first appeared in 1900 at the Rudolstadt municipal Theater and moved to Cottbus in 1908.

In 1911 Gülstorff went to the Schillertheater Berlin and became a member of the ensemble of Max Reinhardt's Deutsches Theater in 1915. He also acted at the Großes Schauspielhaus and the Volksbühne Berlin. In 1923 Gülstorff moved to Vienna, where he worked as a stage director at the Theater in der Josefstadt.

Gülstorff died in Berlin and was buried at the Lichtenrade cemetery.

Max Reinhardt was an Austrian-born theatre and film director, intendant, and theatrical producer. With his innovative stage productions, he is regarded as one of the most prominent directors of German-language theatre in the early 20th century. In 1920, he established the Salzburg Festival with the performance of Hofmannsthal's Jedermann.

Gottfried Reinhardt was an Austrian-born American film director and producer. 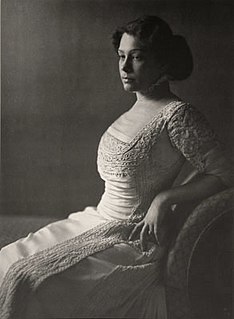 Tilla Durieux was an Austrian theatre and film actress of the first decades of the 20th century. 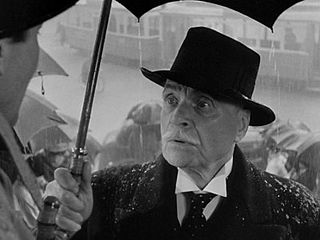 Albert Bassermann was a German stage and screen actor. He was considered to be one of the greatest German-speaking actors of his generation and received the famous Iffland-Ring. He was married to Elsa Bassermann with whom he frequently performed.

The Captain from Köpenick is a 1931 German comedy film directed by Richard Oswald and produced by Gabriel Pascal. It is one of several films based on the 1931 play by the same name written by Carl Zuckmayer. The story centers on the Hauptmann von Köpenick affair in 1906.

Max Adalbert was a German stage and film actor.

Hermine Körner was a German actress, director and theater manager.

The Black Whale is a 1934 German drama film directed by Fritz Wendhausen and starring Emil Jannings, Angela Salloker and Max Gülstorff. It is based on the 1932 play Fanny by Marcel Pagnol.

The Master of Nuremberg is a 1927 German silent historical comedy film directed by Ludwig Berger and starring Rudolf Rittner, Max Gülstorff and Gustav Fröhlich. It is based on the 1868 opera Die Meistersinger von Nürnberg by Richard Wagner. It was considered artistically unsuccessful because of its overly theatrical presentation. It is also known by the alternative title The Meistersinger.

The Lady with the Mask is a 1928 German silent film directed by Wilhelm Thiele and starring Max Gülstorff, Arlette Marchal and Vladimir Gajdarov.

Hurrah! I Live! is a 1928 German silent comedy film directed by Wilhelm Thiele and starring Nicolas Koline, Max Gülstorff, and Alexej Bondireff. It was adapted from the play Der mutige Seefahrer by Georg Kaiser.

The Last Waltz is a 1934 German operetta film directed by Georg Jacoby, and starring Ernst Dumcke, Max Gülstorff, and Iván Petrovich. It is based on the 1920 operetta The Last Waltz by Oscar Straus. It was remade in English in 1936.

A Man Like Maximilian is a 1945 German comedy film directed by Hans Deppe and starring Wolf Albach-Retty, Karin Hardt and Lizzi Waldmüller. It was one of the last films released during the Third Reich and was playing in cinemas during the Battle of Berlin.

The Abduction of the Sabine Women is a 1936 German comedy film directed by Robert A. Stemmle and starring Bernhard Wildenhain, Max Gülstorff, and Maria Koppenhöfer. It was based on a play which has been adapted into films several times.

Prince Cuckoo is a 1919 German silent drama film directed by Paul Leni and starring Conrad Veidt, Olga Limburg and Magnus Stifter. It premiered at the Marmorhaus. It is now considered a lost film.

Veritas Vincit is a 1919 German silent historical film directed by Joe May and starring Mia May, Johannes Riemann and Magnus Stifter. It was made as an epic in three episodes, similar to Griffith's Intolerance. The first takes place in Ancient Rome, the second during the Renaissance and the third shortly before the First World War. Although not released until Spring 1919, it had been made during the final months of the war the previous year.