The Mayor of Budapest (Hungarian : Budapest főpolgármestere) is the head of the General Assembly in Budapest, Hungary, elected directly for 5-year term since 2014 (previously municipal elections were held quadrennially). Until 1994 the mayor was elected by the General Assembly. The office was called Chairman of the Council of Budapest (Hungarian : Budapest tanácselnöke) between 1950 and 1990, during the Communist period.

Since 1990, the position is domestically known as Lord Mayor (Hungarian : főpolgármester) to distinguish the office from that of the mayors that lead each of Budapest's 23 districts. Between 1873 and 1945, the Lord Mayor of Budapest was representative of the Hungarian government as head of the capital's municipal authority, similarly to the Lord-Lieutenants of Counties.

The newly elected 400-member General Assembly of Budapest held its inaugural session on 25 October 1873, as a major step in the unification process of Buda and Óbuda on the west bank, with Pest on the east bank of the river Danube. The assembly elected the first Lord Mayor among the three candidates nominated by countersignature of King Francis Joseph I after consultations with the Ministry of the Interior. On 30 October 1873, four candidates selected by an election commission headed by Lord Mayor Károly Ráth for the position of Mayor. According to the city unification law (Statute XXXVI of 1872), the Mayor of Budapest was head of the local government, while the Lord Mayor became representative of the executive branch (the government) to establishing a two-tier local government system in Budapest. On 4 November 1873, Károly Kamermayer was elected the first Mayor of Budapest, obtaining 297 votes of the total of 348 votes.

The mayor, the two deputy mayors and the other senior officials were elected for a term of six years by a simple majority of General Assembly. The Law on classification of civil servants (Statute I of 1883) required legal and political science graduate from the office-holder. Consequently, the position was rather administrative than political position during the dual monarchy of Austria-Hungary. Until 1945, the majority of the mayors were civil servants who were passing through the promotion ladder during their careers. The mayor also served as head of the executive council which prepared and presented cases to the General Assembly, and was responsible for financial and property management too. As Chairman of the General Assembly, the Mayor of Budapest also substituted the Lord Mayor in case of obstacles. A lot of administrative scope concentrated in the hands of the mayor (civil registration of births, marriages, citizenship naturalization, authorisation of water management etc.). Thus the administrative system of Budapest was often called as "water-headed". By 1899 some corrections were made: few minor administrative cases assigned to lower-ranking committees and councils. The mayor could exert significant influence through the appointment of the administrative staff, which also depended on the mayor's personality and habit. For instance, Mayor István Bárczy personally directed the affairs of Budapest in practice, while the council meetings gradually became formal.

During the dual monarchy, Budapest had much greater autonomy than other towns in countryside, thus the Lord Mayor had much less jurisdiction than Ispáns (or Lord Lieutenants) of the counties. It was because of the restricted suffrage and virilism which secured wide room for maneuver for the upper middle class and the elite senior administrative bureaucracy. This tendency had crucially been changed after the defeat in World War I and the outbreak of the Aster Revolution on 31 October 1918. Budapest became the main scene of revolutionary activity. Following the formation of the Hungarian Soviet Republic in March 1919, Mayor Tivadar Bódy was deposed and the Communist regime set up an Executive Committee to administer the capital city. After the collapse of the Soviet Republic, Admiral Miklós Horthy entered Budapest at the head of the National Army on 16 November 1919. He was greeted by the recurrent Bódy and other city officials in front of the Hotel Gellért. In a fiery speech horthy accused the capital's citizens of betraying Hungary by supporting Bolshevism. On the other hand, after the abolishment of virilism and expansion of suffrage in 1920, a party-based political system has evolved in the General Assembly of Budapest, which became more democratic and liberal than other parts of Hungary.

This phenomenon has caused several jurisdictional conflicts between the Hungarian government and the General Assembly of Budapest during the era of Prime Minister István Bethlen in the 1920s. Both 1920 and 1924 municipal laws sought to limit the capital's autonomy. The most important manifestation of this intention was the expansion of the Lord Mayor's powers, who could initiate the dissolution of the General Assembly after the adoptation of that laws. On 1 April 1920, Jenő Sipőcz was appointed Government Commissioner, outranking Mayor Tivadar Bódy. Bethlen's Unity Party was also trying to extend its influence over Károly Wolff's Christian Municipal Party which gained an absolute majority in the 1920 local election in Budapest. The United Municipal Civic Party was founded in 1924 in order to offset Wolff's influence. In practise the party functioned as the Budapest branch of the governing Unity Party.

The Statute XVIII of 1930 completely reorganized Budapest's administrative structure in the spirit of centralization. 32 life members were elected to the General Assembly by an caucus appointed by the Lord Mayor, the government's representative. The government of Gyula Gömbös launched a new offensive against the General Assembly. After the adoptation of the Statute XII of 1934, the election result of the position of the Mayor and his two deputies had to be confirmed by the head of state, Regent Miklós Horthy.

Ferenc Szálasi was the leader of the Arrow Cross Party – Hungarist Movement, the "Leader of the Nation" (Nemzetvezető), being both Head of State and Prime Minister of the Kingdom of Hungary's "Government of National Unity" for the final six months of Hungary's participation in World War II, after Germany occupied Hungary and removed Miklós Horthy by force. During his brief rule, Szálasi's men murdered 10,000–15,000 Jews. After the war, he was tried and executed by the Hungarian court for war crimes and crimes against humanity committed during World War II.

Károly Huszár de Sárvár was a Hungarian politician who served as Prime Minister and acting Head of State of Hungary from November 1919 to March 1920. His tenure coincided with a period of political instability in Hungary immediately after World War I, during which several successive governments ruled the country.

István Friedrich was a Hungarian politician, footballer and factory owner who served as Prime Minister of Hungary for three months between August and November in 1919. His tenure coincided with a period of political instability in Hungary immediately after World War I, during which several successive governments ruled the country.

Gyula Peidl was a Hungarian trade union leader and social democrat politician who served as Prime Minister and acting head of state of Hungary for 6 days in August 1919. His tenure coincided with a period of political instability in Hungary immediately after World War I, during which several successive governments ruled the country. 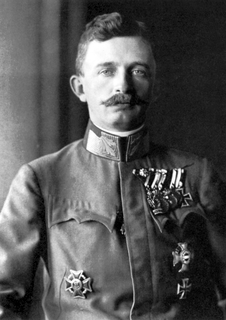 After Miklós Horthy was chosen Regent of Hungary on 1 March 1920, Charles I of Austria, who reigned in Hungary as Charles IV, made two unsuccessful attempts to retake the throne. His attempts are also called the "First" and "Second Royal coups d'état" respectively.

After the collapse of a short-lived Communist regime, according to historian István Deák:

The Magyar Party was a political party in post-World War I Romania.

István Tarlós is a Hungarian politician who served as the Mayor of Budapest from 2010 to 2019. Previously he served as the Mayor of the Third District (Óbuda-Békásmegyer) of the city between 1990 and 2006. Since 2006 he was the Chairman of the Fidesz–Christian Democratic People's Party (KDNP) Fraction-Alliance in the General Assembly of the Municipality of Budapest, and served as the political leader of the initiative "Social Referendum 2008".

Order of Vitéz is a Hungarian order of merit which was founded in 1920. It was awarded as a state honour from 1920 to 1944, and continues as a Semi-Independent Order of Chivalry under Captain General vitéz József Károly von Habsburg. 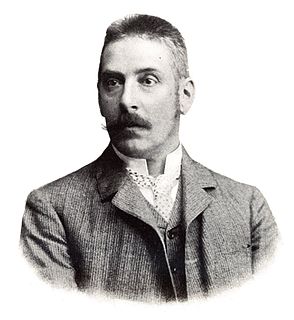 István Rakovszky de Nagyrákó et Nagyselmecz was a legitimist Hungarian politician. During the Second Royal coup d'état, Charles IV returned to Hungary to retake his throne. The attempt was unsuccessful. The king formed a rival government in Sopron and appointed Rakovszky as Prime Minister.

Gaszton Gaál de Gyula was a Hungarian landowner, ornithologist and politician, who served as Speaker of the National Assembly of Hungary between 1921 and 1922. 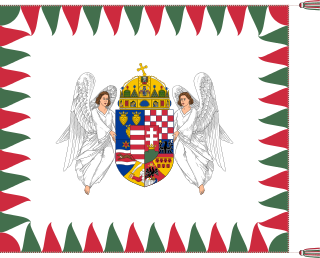 The Royal Hungarian Army was the name given to the land forces of the Kingdom of Hungary in the period from 1922 to 1945. Its name was inherited from the Royal Hungarian Honvéd which went under the same Hungarian title of Magyar Királyi Honvédség from 1867 to 1918. Initially restricted by the Treaty of Trianon to 35,000 men, the army was steadily upgraded during the 1930s and fought on the side of the Axis powers in the Second World War.

Károly Kamermayer was a Hungarian jurist and councillor, who served as the first mayor of Budapest between 1873 and 1896. During his tenure, the city grew into the country's administrative, political, economic, trade, and cultural hub, and Budapest had become one of the cultural centers of Europe. 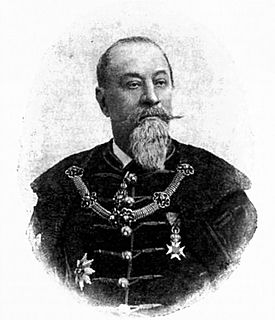 The Lord Mayor of Budapest was a former political position, existed between 1873 and 1944 in Budapest, the capital of Hungary. The Lord Mayor was representative of the Hungarian government as head of the capital's municipal authority, similarly to the Lord-Lieutenants of Counties. 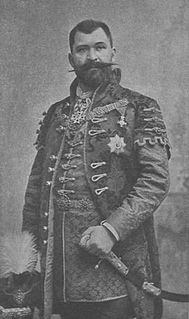 János Halmos was a Hungarian lawyer and councillor, who served as Mayor of Budapest between 1897 and 1906.