Measha Brueggergosman (née Gosman; June 28, 1977) is a Canadian soprano who performs both as an opera singer and concert artist. She has performed internationally and won numerous awards. Her recordings of both classical and popular music have also received awards.

She was born Measha Gosman in Fredericton, New Brunswick, to Anne Eatmon and Sterling Gosman. [1] As a child, Gosman began singing in the choir of her local Baptist church, where her father served as a deacon. She studied voice and piano from the age of seven. As a teen, she took voice lessons in her home town, and spent summers on scholarships at the Boston Conservatory and at a choral camp in Rothesay, New Brunswick. [1] She studied for one year with New Brunswick soprano Wendy Nielsen, before moving on to studies at the University of Toronto, where she obtained a B.Mus. She went to Germany for five years, where she pursued a Master's degree at the Robert Schumann Hochschule in Düsseldorf, Germany. [1]

In 2007, Brueggergosman discovered her family's deep history in Canada and the United States. Her paternal 4x great-grandparents were John Gosman and his wife Rose, African Americans who each escaped from slavery in New England colonies during the American Revolution by going to British lines. [2] John was from Connecticut and Rose from Rhode Island. [2] They probably met in New York City, then occupied by the British. The British gave freedom to American slaves who left rebel slaveholders and sought refuge with them. Tens of thousands of slaves, mostly in the South, took advantage of the war's chaos to escape.

After the war, the British arranged transport to Nova Scotia for nearly 3500 Black Loyalists from the former Thirteen Colonies. John and Rose Gosman and their five-month-old daughter Fanny, born free in British lines, were recorded in the British embarkation record known as the Book of Negroes . They had a passage in 1783 on one of the last ships to leave New York for Nova Scotia. [2] Measha's great-grandparents first lived in Shelburne, but later settled in Fredericton. Brueggergosman learned of her African-American roots on Who Do You Think You Are, a British-based program bought by the CBC. According to Y-DNA genetic testing of her brother, it is likely their direct-line paternal African ancestors came from the Bassa people of Cameroon. [2]

At age 20, Brueggergosman played the lead in the premiere of the opera Beatrice Chancy by James Rolfe and George Elliott Clarke. Produced in Toronto in 1998, and in Nova Scotia the following year, the opera tells the story of a slave girl in 19th–century rural Nova Scotia who murders her abusive father, the man who is also her master. The opera and Brueggergosman were well received by critics and audiences. In 2000 it was filmed for the CBC. [1]

She has performed internationally, as well, in the United States, Germany and other nations. She was in Elektra, Dead Man Walking, and Turandot with the Cincinnati Opera. She has also performed the Verdi Requiem with Sir Andrew Davis and the Toronto Symphony Orchestra, as well as with Helmuth Rilling at the International Beethoven Festival in Bonn.

In 2005, Brueggergosman was a soloist in recording William Bolcom's Songs of Innocence and Experience , which won three Grammy awards, including Best Classical Album. [1]

In July 2007 she was a new performer at the Royal Nova Scotia International Tattoo, singing in the 'Phantom of the Opera' medley and closing the show with "Ave Maria".

She has also performed in the United States, for instance in the fall of 2009 with the Saint Louis Symphony Orchestra, in their performance of Michael Tippett's oratorio A Child of Our Time .

She performed role of Jenny in Weill/Brecht Rise and Fall of the City of Mahagonny in 2010 in Madrid's Teatro Real.

She performed the Olympic Hymn at the Opening Ceremonies of the 2010 Winter Games. During NBC's broadcast of the opening ceremony, Bob Costas remarked to Matt Lauer, co-host of Today , as the two hosted it about Brueggergosman's performance of the Olympic Hymn: "That's a hymn for you, right there," and laughed. [3] She performed an arrangement of the English sung version of the hymn in English and French to reflect Canada's official languages.

In 2012 Brueggergosman was a judge on the Canadian reality show Canada's Got Talent . The show was subsequently cancelled after one season but was revived in 2022.

She has also had acting roles in the Murdoch Mysteries episode "Murdoch at the Opera", and in the films Brown Girl Begins and The Young Arsonists .

In 2021 she created the symphonic short film Forgotten Coast, an exploration of Black Canadian history in Nova Scotia, for the National Arts Centre/CBC Gem series Undisrupted . [4]

Brueggergosman is a member of the Canadian charity Artists Against Racism. [5]

In 2007, Brueggergosman became the Goodwill Ambassador for the African Medical & Research Foundation (AMREF), a charity working for Better Health in Africa. [6] In June of that year she travelled to the war-affected village of Patongo in East Africa to share her voice as a form of musical therapy for children. Brueggergosman described herself after the trip as "never the same" and continues her work with AMREF today. [7]

She married Markus Brügger, born in Germany. [8] They first met in high school, when he was an exchange student in New Brunswick. When they married, they combined their last names to Brüggergosman (also spelled Brueggergosman). [1] They have two sons. [9] They divorced in 2018. [10]

Suffering a heart condition in June 2009, Brueggergosman took some time off to recover from open heart surgery. She returned to the stage in September 2009 for a performance at the Toronto International Film Festival.

The recipient of the prestigious Canada Council and Chalmers Performing Arts grants, Brueggergosman has been twice nominated for Juno Awards. She won the 2008 Juno Award for Classical Album of the Year: Vocal or Choral Performance for Surprise, recorded with Deutsche Grammophon, with whom she has an exclusive contract.

In 2015, she appeared in the documentary television series Songs of Freedom , which profiled her exploring and learning about her African heritage leading up to a live concert performance of African-American spiritual music. [1]

Brueggergosman has also appeared as a "judge" on MuchMusic's Video on Trial and on Slice TV's Project Runway Canada. [12]

In 2017, she was awarded an honorary doctorate from Concordia University. [13]

Portia May White was a Canadian contralto, known for becoming the first Black Canadian concert singer to achieve international fame. Growing up as part of her father's church choir in Halifax, Nova Scotia, White competed in local singing competitions as a teenager and later trained at the Halifax Conservatory of Music. In 1941 and 1944, she made her national and international debuts as a singer, receiving critical acclaim for her performances of both classical European music and African-American spirituals. White later completed tours throughout Europe, the Caribbean, and Central and South America. 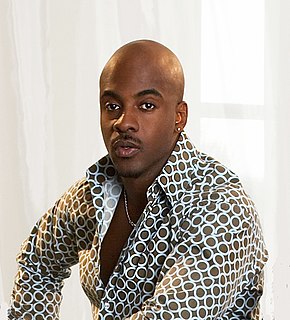 Wesley "Wes" Williams is a Canadian rapper, record producer, actor, and author. He is known professionally by his stage names Maestro Fresh Wes or Maestro as a musician, and is credited by his birth name as an actor. One of the earliest Canadian rappers to achieve mainstream success, he is credited as the "Godfather of Canadian hip hop". His debut album, Symphony in Effect (1989), was the first certified platinum album by a Black Canadian artist. 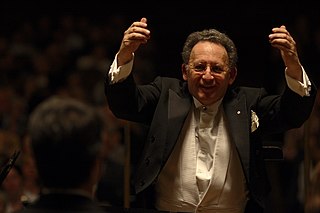 Boris Brott, was a Canadian conductor and motivational speaker. He was one of the most internationally recognized Canadian conductors, having conducted on stages around the world, including Carnegie Hall and Covent Garden. He was known for his innovative methods of introducing classical music to new audiences. Over his career, he commissioned, performed, and recorded a wide variety of Canadian works.

The Juno Award for "Classical Album of the Year" has been awarded since 1994, as recognition each year for the best vocal classical music album in Canada.

Beatrice Chancy is a Canadian chamber opera in four acts composed by James Rolfe. The libretto by George Elliott Clarke is based on his verse play of the same name. The opera was premiered in Toronto on 18 June 1998 by the Queen of Puddings Music Theatre Company with Measha Brueggergosman in the title role.

Symphony Nova Scotia is a Canadian orchestra based in Halifax, Nova Scotia, Canada. Their primary recital space is at the Dalhousie Arts Centre's Rebecca Cohn Auditorium. 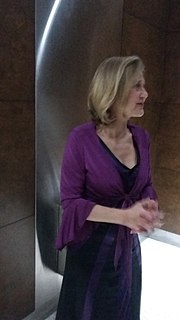 Suzie LeBlanc is a Canadian soprano and early music specialist. She is also active as a professor, currently working at Mcgill University. She was named a member of the Order of Canada in 2014 for her contributions to music and Acadian culture.

The Manitoba Chamber Orchestra (MCO) is a chamber orchestra based in Winnipeg, Manitoba, Canada. It offers an annual subscription series at Westminster United Church, which regularly features Canada's leading soloists, such as James Ehnes and Measha Brueggergosman, and Marc-André Hamelin. Other core MCO activities include recording, touring, and engaging extensive outreach in remote communities in northern Manitoba. Currently, Anne Manson serves as the MCO's Music Director, Karl Stobbe as its Concertmaster, and Vicki Young as its Managing Director.

Joseph Pach is a Canadian violinist.

Anastasia Rizikov is a Canadian classical pianist. ...Ms. Rizikov is an extraordinary virtuoso, with abundant technical prowess. But she is more than the sum of ten fingers – she is a consummate artist, born to play, to love the art and act of music-making... was written about her by Renée Silberman at The Beat Magazine, January 21, 2014.

David Myles is a Canadian songwriter and musician born in Fredericton, New Brunswick. Myles lives in Fredericton, New Brunswick, as of September 2020, moving from Halifax, Nova Scotia. His music has often been labeled folk jazz, although he prefers simply to call it "roots" music. An independent artist who self-releases his albums, Myles has been able to gain an increasingly large audience, in part because of his active touring schedule and in part because of his cross-genre musical collaborations, which include a single made with the rapper Classified that became the biggest-selling rap single in the history of Canadian music.

The Atlantic Symphony Orchestra (ASO) was a professional Canadian symphony orchestra in Atlantic Canada that was active during the second half the 20th century. It was unusual in that it was the only full-time regional professional orchestra in Canadian history.

Daniel Bartholomew-Poyser is a Canadian orchestral conductor. He is best known for creating and conducting shows designed to introduce orchestral music to groups outside of its traditional audiences, such as by blending classical with contemporary genres and centring on themes targeted to groups who do not typically attend the symphony.

Gisela Depkat is a German-born Canadian cellist and teacher. She has won multiple prizes at several international competitions and has performed with various Symphony Orchestras. Depkat has worked at the University of Texas at Austin, at Wilfrid Laurier University, McGill University and the University of Ottawa. She was principal cello of the Calgary Philharmonic Orchestra from 1981 to 1989 and was a private educator at a summer children's camp and worked for two music institutions in the mid-1980s.

Black Canadians have lived in New Brunswick since at least the 1690s. As of 2016, there were 7,000 Black residents in New Brunswick - making them the largest visible minority group in the province.