Medals of Honor (褒章, hōshō) are medals awarded by the Government of Japan. They are awarded to individuals who have done meritorious deeds and also to those who have achieved excellence in their field of work. [1] The Medals of Honor were established on December 7, 1881, and were first awarded the following year. Several expansions and amendments have been made since then. The medal design for all six types are the same, bearing the stylized characters 褒章 on a gilt central disc surrounded by a silver ring of cherry blossoms on the obverse; only the colors of the ribbon differ.

First awarded in 1882. Awarded to individuals who have risked their own lives to save the lives of others.

First awarded in 1882. Originally awarded "to children, grandchildren, wives and servants for remarkable acts of piety; and to individuals who, through their diligence and perseverance while engaging in their professional activities, became public role models".

Changed social values after World War II had resulted in the conferment of this medal being suspended after 1950; since 1955 it has been replaced to some extent by the revived Medal with Yellow Ribbon (see below). However, in 2003 the Medal with Green Ribbon was revived as an award to morally remarkable individuals who have actively taken part in serving society.[ citation needed ]

First awarded in 1887 (later abolished); revived in 1955. Awarded to individuals who, through their diligence and perseverance while engaging in their professional activities, became public role models.

First awarded in 1955. Awarded to individuals who have contributed to academic and artistic developments, improvements and accomplishments.

First awarded in 1882. Awarded to individuals who have made significant achievements in the areas of public welfare or public service.

First awarded in 1919. Awarded to individuals who have made exceptionally generous financial contributions for the well-being of the public.

The Order of the Rising Sun is a Japanese order, established in 1875 by Emperor Meiji. The Order was the first national decoration awarded by the Japanese government, created on 10 April 1875 by decree of the Council of State. The badge features rays of sunlight from the rising sun. The design of the Rising Sun symbolizes energy as powerful as the rising sun in parallel with the "rising sun" concept of Japan. 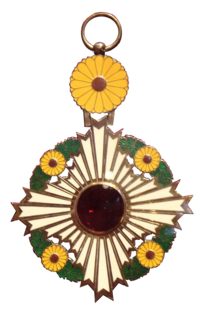 Moto Hagio is a Japanese manga artist who is considered a "founding mother" of modern shōjo manga, especially shōnen-ai. Hagio rose to prominence in the 1970s as a member of the influential Year 24 Group, and has been described as "the most beloved shōjo manga artist of all time." Hagio's notable works include The Poe Clan (1972–1976), The Heart of Thomas (1974), They Were Eleven (1975), and A Cruel God Reigns (1993–2001).

Keiko Takemiya is a Japanese manga artist and the previous president of Kyoto Seika University. She resides in Kamakura, Kanagawa Prefecture. She is included in the Year 24 Group, a term coined by academics and critics to refer to a group of female authors in the early 1970s who helped transform shōjo manga from being created primarily by male authors to being created by female authors. As part of this group, Takemiya pioneered a genre of girls' comics about love between young men. In December 1970, she published a short story titled Sanrūmu Nite in Bessatsu Shōjo Comic, which is possibly the first shōnen-ai manga ever published and contains the earliest known male-male kiss in shōjo manga. 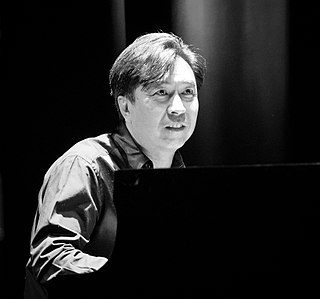 Sayuri Ishikawa is one of the most recognized and successful Japanese enka singers of all time, with a remarkable singing career spanning over four decades since mid-70s. 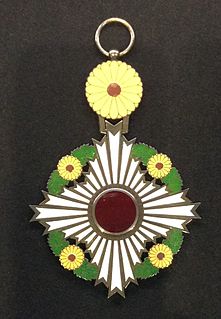 Rokuro Ishikawa, D.Eng was a Japanese businessman and one of the most influential figures in the Japanese construction industry. He was Honorary Chairman of Kajima Corporation, one of the biggest construction companies in Japan, from 2005 until his death. Prior to that, he was President and Chairman of Kajima Corporation. He was married to Yoshiko, a daughter of the fourth president and the founding family of Kajima, Morinoske Kajima. His father was Ichiro Ishikawa, the first Chairman of the Japan Business Federation.

Nobuchika "Shinkin" Sugimura was a Japanese inventor and patent attorney. He was the first chairman of the Japan Patent Attorneys Association.

Jaw-Shen Tsai is a Taiwanese physicist. He is a professor at the Tokyo University of Science and a team leader of the Superconducting Quantum Simulation Research Team at the Center for Emergent Matter Science (CEMS) within RIKEN. He has contributed to the area of condensed matter physics in both its fundamental physical aspects and its technological applications. He has recently been working on experiments connected to quantum coherence in Josephson systems. In February 2014, he retired from NEC Corporation, after 31 years of employment. He is a fellow of the American Physical Society as well as the Japan Society of Applied Physics.

August Shigekazu Narumi served as a member of the National Executive Council, as well as the National Board of Trustees of the Boy Scouts of Japan.

Hikaru Saeki is the first female admiral of the Japan Maritime Self-Defense Force (JMSDF) and the first female in the entire Japan Self-Defense Forces (JSDF) to achieve star rank. Originally an obstetrician-gynecologist with the degree of M.D., Saeki joined the JMSDF in 1989. After her service in several military hospitals and medical rooms aboard naval vessels, she became the first woman to head a JSDF hospital in 1997, promoted to rear admiral in 2001, and retired in 2003. 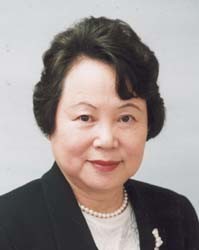 Toyama Atsuko is a former bureaucrat in the Japanese Ministry of Education, Culture, Sport, Science, and Technology. She is a trustee of the Tokyo Organizing Committee of the Olympic and Paralympic Games, and the head of the Mt. Fuji World Heritage Center in Shizuoka.

Tomio Fukuoka (福岡富雄) is a Japanese educator and Academian. He is the Founder/Chairman of Kobe Denshi and Graduate School of Information Technology (KIC).