Red Televisiva Megavisión (MEGA) is a Chilean private television network headquartered in Santiago. It currently airs on digital frequency channel 27 (ISDB-Tb) for HDTV. In 2012, ownership of Mega Channel was transferred from Claro Group to Bethia Group. [2] In June 2016, Discovery Networks acquired 27.5% of Mega Channel for close to $40 million. [3]

Mega began broadcasting on 23 October 1990. It was originally named Red Televisiva Megavisión before changing its name in 2001. It is the first private broadcaster in Chile.

Among the many TV shows broadcast on MEGA are:

The Coquimbo Region is one of Chile's 16 regions. It is bordered by Atacama to the north, Valparaíso to the south, Argentina to the east, and the Pacific Ocean to the west. It is approximately 400 kilometres (250 mi) north of the national capital, Santiago.

Televisión Nacional de Chile (TVN) is a Chilean public service television broadcaster. It was founded by order of President Eduardo Frei Montalva and it was launched nationwide on 18 September 1969. Since then, the company has been reorganized on several occasions and its operations areas have increased over the years, becoming one of the leading television broadcaster in Chile and South America. The law 17 377 of 1970 established that TVN must be a public, autonomous, pluralistic and representative public service. TVN's public mission determines the obligation to promote the national cultural identity, the values of democracy, human rights, care for the environment and respect for diversity. Furthermore, Televisión Nacional governs the programming of its services according to criteria established by the National Television Council (CNTV).

Televisión Regional de Chile (TVR) is a private terrestrial television channel in Chile which broadcasts to Santiago and Antofagasta.

Chilevisión is a Chilean free-to-air television channel. It is the third oldest Chilean television network, owned by WarnerMedia Latin America. Founded by the University of Chile, this educational institution sold a significant percentage of its TV channel to Grupo Cisneros, changing its name to Chilevisión. It was later sold to Claxson Interactive Group in 2000 and then to Chilean investor and president Sebastián Piñera in 2006.

Telecanal is a private owned TV channel of Chile. It currently airs in Santiago on VHF channel 2. The station for the channel mostly airs American films and TV series, and some original entertainment TV shows such as "A las 11".

Guido Vecchiola Arellano, is a popular Chilean actor in soap opera and film. He is of Italian and Basque descent. 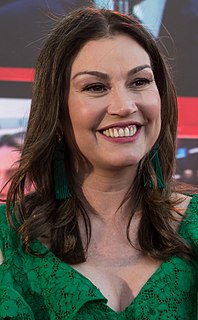 Chile ayuda a Chile was a charity telethon being held from March 5 to March 6, 2010. The event was broadcast from Teatro Teletón in Santiago, Chile.

The 1990 Chilean telethon was the ninth version of the solidarity campaign conducted in Chile, which took place on 7 and 8 December 1990. The theme of this version was "No-one Left Out."

Tanza Varela is a Chilean actress and model who became known for her role on the telenovela Corazón Rebelde on Chile's Canal 13. 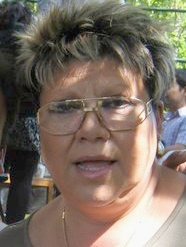 Érika Patricia Maldonado Aravena is a Chilean singer and television presenter. In the 1970s to the late 1990s, she was active as a singer and political activist. Maldonado is widely known in the Chilean media for her strong personality and political controversy.

Gonzalo Valenzuela Hölzel, is a Chilean model, actor and boxer. He debuted on Televisión Nacional de Chile with a special participation, after I emigrated to Canal 13, where greater TV career development and also in Argentina. He is partner and founder, along with Benjamín Vicuña of the Centro Cultural Mori of the city of Santiago de Chile. 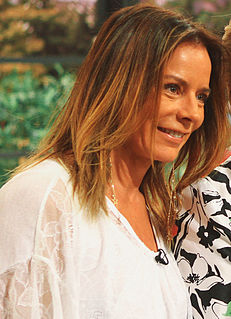