Michael Joseph McGivney (August 12, 1852 –August 14, 1890) was an American Catholic priest based in New Haven, Connecticut. He founded the Knights of Columbus at a local parish to serve as a mutual aid and fraternal insurance organization, particularly for immigrants and their families. It developed through the 20th century as the world's largest Catholic fraternal organization.

The cause for his canonization started in the Archdiocese of Hartford in 1996; in March 2008, Pope Benedict XVI declared McGivney "Venerable" in recognition of his "heroic virtue". [1] On May 27, 2020, it was announced by Pope Francis that McGivney had been approved for beatification, which will officially happen at a yet-to-be-determined date. [2] "The Vatican today (May 27) announced that Pope Francis approved the promulgation of a decree recognizing a miracle attributed to the intercession of the founder of the Knights of Columbus, Venerable Father Michael J. McGivney, a Connecticut priest who served his flock during the pandemic of 1890, before himself becoming ill and dying of pneumonia. The pope’s action means that Father McGivney can be declared “Blessed,” the step just prior to sainthood. An additional miracle attributed to Father McGivney's intercession will be required for his canonization as a saint." [3] [4]

He was born to Irish immigrant parents, Patrick and Mary (Lynch) McGivney. He was the eldest of 13 children, six of whom died in infancy or childhood. His father worked as a molder in a Waterbury, Connecticut, brass mill. Michael attended the local Waterbury district school but left at 13 to work in the spoon-making department of one of the brass mills. [5]

In 1868, at the age of 16, he entered the Séminaire de Saint-Hyacinthe in Saint-Hyacinthe, Quebec, Canada. He continued his studies at Our Lady of Angels Seminary, near Niagara Falls, New York, [5] (1871–1872) and at the Jesuits' St. Mary's College, in Montreal, Quebec. He had to leave the seminary, returning home to help finish raising his siblings after the death of his father, in June 1873. [6] McGivney later resumed his studies at St. Mary's Seminary, in Baltimore, Maryland; he was ordained a priest on December 22, 1877, by Archbishop James Gibbons at the Baltimore Cathedral of the Assumption. [5]

Founding of the Knights of Columbus

From his own experience, McGivney recognized the devastating effect on immigrant families of the untimely death of the father and wage earner. Many Catholics were still struggling to assimilate into the American economy. [6] On March 29, 1882, while an assistant pastor at Saint Mary's Church in New Haven, Connecticut, McGivney founded the Knights of Columbus, with a small group of parishioners, [6] as a mutual aid society, to provide financial assistance, in the event of the men's deaths, to their widows and orphans. The organization developed as a fraternal society. McGivney was also known for his tireless work among his parishioners. [1]

McGivney spent seven years at St. Mary's, then became pastor of St. Thomas Church in Thomaston in 1884. He died from pneumonia at the age of 38 in Thomaston on the eve of the Assumption in 1890. [7]

The Knights of Columbus was among the first groups to recruit blood donors, with formal efforts dating to 1937 during the Great Depression. As of 2013, the order has more than 1.8 million member families and 15,000 councils. During the 2012 fraternal year, the order donated $167 million and 70 million man-hours to charity. [8]

In 1996, the Roman Catholic Archdiocese of Hartford opened the cause for canonization, an investigation into McGivney's life with a view towards formal recognition by the Catholic Church of his sainthood. Gabriel O'Donnell is the postulator of McGivney's cause. He is also the director of the Fr. McGivney Guild, which now has 150,000 members supporting his cause. [10]

The diocesan investigation was closed in 2000, and the case was passed to the Congregation for the Causes of Saints in Vatican City. On March 15, 2008, Pope Benedict XVI approved a decree recognizing McGivney's heroic virtue, thus declaring him as "Venerable." [6]

The beatification Mass for McGivney is currently scheduled for October 31, 2020, in Connecticut, according to the Congregation for Saints’ Causes, with the congregation's prefect to preside on the pope's behalf. [12]

The Knights of Columbus is a global Catholic fraternal service order. Membership is composed of practicing Catholic men. It is led by Supreme Knight Sir Carl A. Anderson. 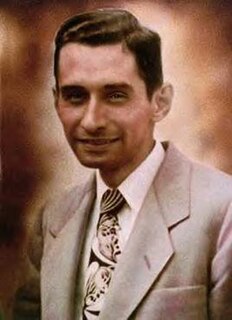 Fulton John Sheen was an American bishop of the Catholic Church known for his preaching and especially his work on television and radio. Ordained a priest of the Diocese of Peoria in 1919, Sheen quickly became a renowned theologian, earning the Cardinal Mercier Prize for International Philosophy in 1923. He went on to teach theology and philosophy at the Catholic University of America as well as acting as a parish priest before being appointed Auxiliary Bishop of the Archdiocese of New York in 1951. He held this position until 1966, when he was made the Bishop of Rochester. He resigned in 1969 as his 75th birthday approached, and was made the Archbishop of the titular see of Newport, Wales. 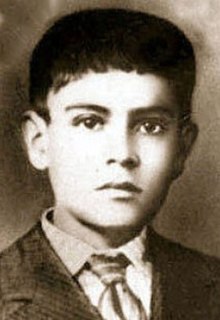 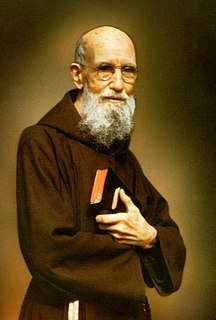 Solanus Casey, born Bernard Francis Casey, was a priest of the Catholic Church in the United States and was a professed member of the Order of Friars Minor Capuchin. He was known during his lifetime as a wonderworker, for his great faith, and for his abilities as a spiritual counselor, but especially for his great attention to the sick, for whom he celebrated special Masses. The friar was much sought-after and came to be revered in Detroit, where he resided. He was also a noted lover of the violin, a trait he shared with his eponym, Saint Francis Solanus.

St. Mary Parish is a Roman Catholic parish in New Haven, Connecticut, part of the Archdiocese of Hartford.

The International Alliance of Catholic Knights (IACK) is a non-governmental organization made up of fifteen Roman Catholic fraternal societies from 27 countries on six continents. The IACK was founded in Glasgow on 12 October 1979 at a meeting of the leaders of six fraternal societies, convened on the occasion of the Diamond Jubilee of the Knights of Saint Columba. The organization is headquartered in Dublin, Ireland.

The martyrs of the Spanish Civil War are the Catholic Church's term for the people killed by Republicans during the Spanish Civil War for their faith. More than 6,800 clergy and religious were killed in the Red Terror. As of June 2019, 1,915 Spanish martyrs have been beatified; 11 of them being Canonized. For some 2,000 additional martyrs, the beatification process is underway.

Josep Manyanet i Vives was a Spanish Roman Catholic priest and the founder of the Sons of the Holy Family and the Missionary Daughters of the Holy Family. He served in a range of capacities as a parish priest before establishing both religious orders in order to spread devotion to the Holy Family to whom he fostered an intense devotion.

John Henry Newman was a Roman Catholic theologian, philosopher and cardinal who converted to Roman Catholicism from Anglicanism in October 1845. In early life, he was a major figure in the Oxford Movement to bring the Church of England back to its roots. Eventually his studies in history persuaded him to become a Roman Catholic priest, and he has now become a Saint, having been canonised on 13 October 2019. In 1991, Newman was proclaimed "Venerable" by the Congregation for the Causes of Saints – the first stage in the canonisation process. He was beatified on 19 September 2010 at an open air mass in Birmingham.

Saint Euphrasia Eluvathingal,, was an Indian Carmelite nun of the Syro-Malabar Church, which is an Eastern Catholic Church in Kerala. Euphrasia is said to have had a vision of the Holy Family, at which point the illness she had long felt ceased. She was canonised as a saint by Pope Francis on 23 November 2014 in Vatican City. Since the beheading of St. John the Baptist is celebrated on August 29, the feast of St. Euphrasia is postponed to August 30.

Blessed Antonio Franco was a Roman Catholic Italian priest and prelate of Santa Lucia del Mela. Franco was beatified in 2013 when a miracle was discovered to have been performed through his intercession. Cardinal Angelo Amato beatified him on behalf of Pope Francis.

Vincenzo Grossi was an Italian Roman Catholic priest and the founder of the Daughters of the Oratory.

Ignatius of Santhià, born Lorenzo Maurizio Belvisotti, was an Italian Roman Catholic priest and a professed member of the Order of Friars Minor.

The history of the Knights of Columbus begins with its founding in 1882 by Father Michael J. McGivney at St. Mary's Parish in New Haven, Connecticut. The Knights of Columbus was initially a mutual benefit society for a membership of practicing male Catholics. Today, it advocates for Catholic causes and provides a range of philanthropic and support services to Catholic institutions worldwide. It is also one of the world's largest insurance companies and operates the shrine to Pope John Paul II in Washington, D.C.