Michael Vincenzo Gazzo (April 5, 1923 – February 14, 1995) was an American playwright who later in life became a film and television actor. [2] He was nominated for an Academy Award for his role in The Godfather Part II (1974).

The Godfather Part II is a 1974 American crime film produced and directed by Francis Ford Coppola from a screenplay co-written with Mario Puzo, starring Al Pacino and Robert De Niro. Partially based on Puzo's 1969 novel The Godfather, the film is both sequel and prequel to The Godfather, presenting parallel dramas: one picks up the 1958 story of Michael Corleone (Pacino), the new Don of the Corleone crime family, protecting the family business in the aftermath of an attempt on his life; the prequel covers the journey of his father, Vito Corleone, from his Sicilian childhood to the founding of his family enterprise in New York City.

Gazzo was born on April 5, 1923. He was a member of the Actors Studio and would later go on to train such actors as Debra Winger, Henry Silva and Tony Sirico. He authored a gritty Broadway play about drug addiction, A Hatful of Rain, which ran for 389 performances in 1955 and 1956. It starred Ben Gazzara and Shelley Winters in the two lead roles, and subsequently was adapted into a film by Oscar-winning director Fred Zinnemann in 1957. The movie was nominated for an Academy Award for Best Actor in a Leading Role (Anthony Franciosa). A 1968 made-for-television version (as a filmed play) starred Peter Falk, Sandy Dennis and Michael Parks. [3] Gazzo's other screen writing credits include the Elvis Presley American musical drama King Creole in 1958. [4] Gazzo authored the Broadway play The Night Circus, also starring Ben Gazzara. [5]

The Actors Studio is a membership organization for professional actors, theatre directors and playwrights at 432 West 44th Street between Ninth and Tenth Avenues in the Hell's Kitchen neighborhood of Manhattan in New York City. It was founded on October 5, 1947, by Elia Kazan, Cheryl Crawford and Robert Lewis, who provided training for actors who were members. Lee Strasberg joined later and took the helm in 1951 until his death on February 17, 1982. 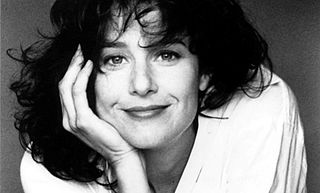 Debra Lynn Winger is an American actress. She starred in the films An Officer and a Gentleman (1982), Terms of Endearment (1983), and Shadowlands (1993), each of which earned her a nomination for the Academy Award for Best Actress. She won the National Society of Film Critics Award for Best Actress for Terms of Endearment, and the Tokyo International Film Festival Award for Best Actress for A Dangerous Woman (1993). Her other film roles include Urban Cowboy (1980), Legal Eagles (1986), Black Widow (1987), Betrayed (1988), Forget Paris (1995), and Rachel Getting Married (2008). In 2012, she made her Broadway debut in the original production of the David Mamet play The Anarchist. In 2014, she received the Lifetime Achievement Award at the Transilvania International Film Festival. 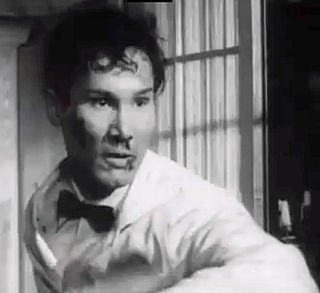 Henry Silva is an American film and television actor. A prolific character actor, Silva has been a regular staple of international genre cinema often as a criminal or gangster. Notable film appearances include Ocean's 11 (1960), The Manchurian Candidate (1962), Johnny Cool (1963), Sharky's Machine (1981), and Ghost Dog: The Way of the Samurai (1999).

Gazzo was nominated for an Academy Award for Best Supporting Actor for his role as Frank Pentangeli in The Godfather Part II . He lost to Robert De Niro, who played Vito Corleone in the same film. [6] 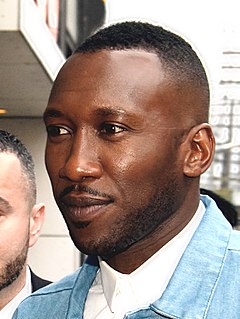 The Academy Award for Best Supporting Actor is an award presented annually by the Academy of Motion Picture Arts and Sciences (AMPAS). It is given in honor of an actor who has delivered an outstanding performance in a supporting role while working within the film industry. The award was traditionally presented by the previous year's Best Supporting Actress winner.

Frank "Frankie Five Angels" Pentangeli is a fictional character from the film The Godfather Part II. In the film, he is portrayed by Michael V. Gazzo, who was nominated for a Best Supporting Actor Oscar for his performance, which he lost to Robert De Niro, his co-star from the same film. He gets his nickname from his last name, which is Greco-Italian for "five angels". 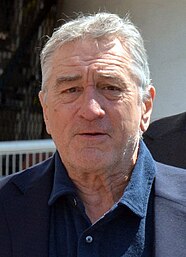 Gazzo died on February 14, 1995, at age 71 due to complications from a stroke. [7] He was buried in the Westwood Village Memorial Park Cemetery in Los Angeles.

On the Waterfront is a 1954 American crime drama film, directed by Elia Kazan and written by Budd Schulberg. It stars Marlon Brando and features Karl Malden, Lee J. Cobb, Rod Steiger, Pat Henning and Eva Marie Saint in her film debut. The soundtrack score was composed by Leonard Bernstein. The film was suggested by "Crime on the Waterfront" by Malcolm Johnson, a series of articles published in November–December 1948 in the New York Sun which won the 1949 Pulitzer Prize for Local Reporting, but the screenplay by Budd Schulberg is directly based on his own original story. The film focuses on union violence and corruption amongst longshoremen, while detailing widespread corruption, extortion, and racketeering on the waterfronts of Hoboken, New Jersey.

A Man Called Adam is a 1966 American drama film starring Sammy Davis Jr., Ossie Davis and Cicely Tyson. Directed by Leo Penn, it tells the story of a self-destructive jazz musician, played by Davis, and his tumultuous relationships with the people in his life. In addition to Davis, the film features appearances by such noted musical names as Louis Armstrong, Mel Tormé and Frank Sinatra Jr. The picture also marked the film debut of Lola Falana.

Out of It is a 1969 American comedy-drama film directed by Paul Williams. It was entered into the 20th Berlin International Film Festival. 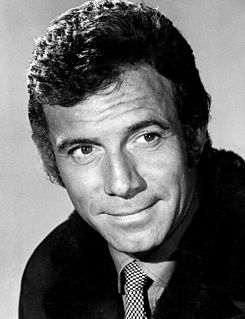 Anthony Franciosa was an American film, TV and stage actor. He began as a successful stage actor, gaining a Tony Award nomination for the drug-addiction play A Hatful of Rain. After relocating to Hollywood he made numerous feature films, including A Face in the Crowd (1957), The Long, Hot Summer (1958), and Career (1959), for which he won the Golden Globe for Best Actor/Drama. In television he played lead roles in five television series: the sitcom Valentine's Day (1964–65), drama The Name of the Game (1968–71), Search (1972–73), Matt Helm (1975) and Finder of Lost Loves (1984).

A Hatful of Rain is a 1957 American dramatic film about a young married man with a secret morphine addiction, based on a 1955 Broadway play of the same name. It is a medically and sociologically accurate account of the effects of morphine on an addict and his family. The frank depiction of drug addiction in a feature film was a rarity for its time. 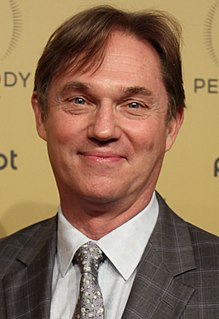 Richard Earl Thomas is an American actor. He is best known for his leading role as budding author John-Boy Walton in the CBS drama The Waltons, for which he won one Emmy Award and received nominations for another Emmy Award and two Golden Globe Awards. He also starred in Stephen King's miniseries IT and played Special Agent Frank Gaad on FX's spy thriller series The Americans. 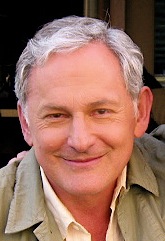 Victor Joseph Garber is a Canadian-American actor and singer. He is known for playing Jesus in Godspell, Anthony Hope in Sweeney Todd: The Demon Barber of Fleet Street, John Wilkes Booth in Assassins, Jack Bristow in the television series Alias, Max in Lend Me a Tenor, Thomas Andrews in James Cameron's Titanic, and Ken Taylor, Canadian Ambassador to Iran, in Argo. He was a series regular on Legends of Tomorrow, as Dr. Martin Stein, having previously played the same role in a recurring capacity on The Flash as well as the web series Vixen. 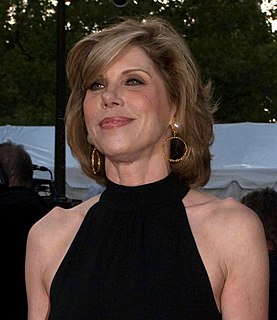 Christine Jane Baranski is an American actress, singer, and producer. She is a 15-time Emmy Award nominee, winning once in 1995 for Outstanding Supporting Actress in a Comedy Series for her role as Maryanne Thorpe in the sitcom Cybill (1995–98). Baranski has received further critical acclaim for her performance as Diane Lockhart in the legal drama series The Good Wife (2009–2016) and its spinoff series The Good Fight (2017–present), as well as her recurring role as Dr. Beverly Hofstadter in the sitcom The Big Bang Theory (2009–2019) for which she has received four Emmy nominations. She is also known for her roles in numerous successful TV Films, most notably her portrayal of Kate in To Dance with the White Dog (1993), Prunella Stickler in Eloise at the Plaza, and Eloise at Christmastime, and Amanda in Who Is Simon Miller? (2011). 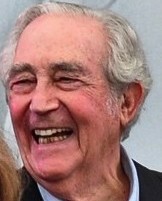 James Karen was an American character actor of Broadway, film and television. Karen was best known for his roles in Poltergeist, The Return of the Living Dead, Invaders from Mars, and in The Pursuit of Happyness. 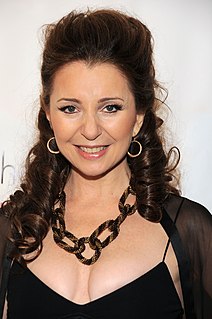 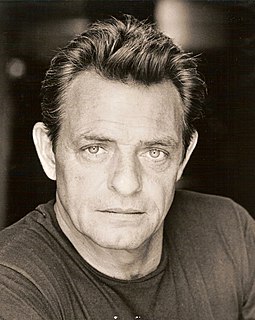 Richard James Bright was an American actor well known for his role as Al Neri in the Godfather films. Mary Janice Rule was an American actress "at her most convincing playing embittered, neurotic socialites". 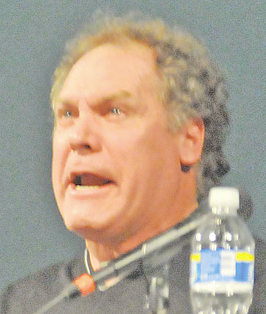 Marin Yvonne Ireland is an American stage, film, and television actress. In 2009, she won the Theatre World Award and was nominated for the Tony Award for Best Featured Actress in a Play for reasons to be pretty. Since 2015 she stars on the Amazon Studios original series Sneaky Pete.

Steve Gravers was an American character actor who appeared in numerous television shows and also in several movies in a career that lasted from 1952 until his death in 1978.