He was educated at Saint Mark's Catholic (elementary) School, St. Thomas Academy and later attended the University of Minnesota, receiving a BA degree and later, in 1963, a JD degree. He also played football at the University of Minnesota and in the Canadian Football League for the Winnipeg Blue Bombers, winning the Grey Cup in 1961. [2] After practicing law with the firm of Dorsey & Whitney in Minneapolis, Wright joined SuperValu, Inc., in March 1977 as senior vice president for administration. In 1978 Wright was named chief operating officer and president.

Politically, he was a member of George W. Bush for President and of the National Republican Congressional Committee.

Wright was a member of the boards of Wells Fargo & Company, Canadian Pacific Railway, Cargill, Inc., S.C. Johnson & Son, and Honeywell International, Inc. He is also a trustee of St. Thomas Academy, a former member of the University of Minnesota Law School Board of Visitors (1999–2004), and trustee emeritus of the University of Minnesota Foundation. He died on January 27, 2020. [3]

SuperValu, Inc. is an American wholesaler and retailer of grocery products. The company, headquartered in the Minneapolis suburb of Eden Prairie, Minnesota, has been in business since 1926. It is a wholly owned subsidiary of UNFI.

Wayne Sales is a Canadian business executive and the former Chief Executive Officer of Canadian Tire Corp. Ltd.. He held position from August 2000 to May 2006. Prior to this, he held the position of Executive VP at Canadian Tire Retail. In May 2006, Mr. Sales was replaced by Tom Gauld.

Stephen W. Sanger is a former chairman and chief executive officer of General Mills, former chairman of Wells Fargo, as well as a director of Target Corporation, and Pfizer.

James John Nance was an American industrialist who became president of the Studebaker-Packard Corporation. Later, he was Chief Executive of the Central National Bank of Cleveland, Chairman of the Executive Committee of Montgomery Ward and Chairman of the Board of Trustees of the Cleveland State University and a major property investor.

Charles H. Noski has been the Chairman of the Board of Directors at Wells Fargo since March 2020. He has previously held a variety of positions, including the position of CFO at Northrop Grumman, AT&T, and Bank of America, as well as the positions of director and chairman of the audit committee of Microsoft.

John H. Dasburg, grew up in Miami, Florida and graduated from Miami High School. He served in the United States Navy during the Vietnam War. He attended the University of Florida for college, and used the GI Bill to get his MBA also from UF. He was one of the youngest name partners at Peat, Marwick Mitchell accounting firm, and went on to become one of the senior members of the executive team at Marriott. He later accepted a position with Northwest Airlines, and became the CEO in 1990. He is credited with saving the airline from bankruptcy in the early 1990s. He served as chairman, CEO, and president of Burger King and chairman and CEO of DHL Airways. He is currently Chairman and CEO of ASTAR Air Cargo, Inc. 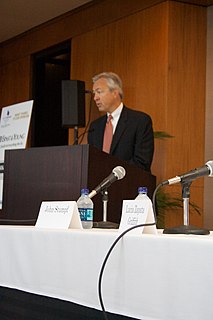 John Gerard Stumpf is a former American business executive and retail banker. He was the chairman and chief executive officer of Wells Fargo, one of the Big Four banks of the United States. He was named CEO in June 2007, elected to the board of directors in June 2006, and named president in August 2005. He became chairman in January 2010. Stumpf left the positions of chairman and CEO of Wells Fargo on October 12, 2016, following a scandal involving customer accounts and subsequent pressure from the public and lawmakers. He was succeeded by Timothy J. Sloan. 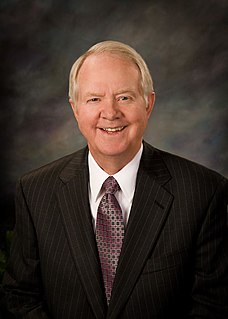 Archie W. Dunham is the former Chairman Emeritus and former Independent Non-executive Chairman of Chesapeake Energy in Oklahoma City. He served as President and Chief Executive Officer of Conoco Inc. from January 1996 to August 2002, then as Chairman of ConocoPhillips, following the merger of Conoco Inc. and Phillips Petroleum Company, until his retirement on September 30, 2004.

Susan E. Engel is an American business executive. She is the retired chief executive officer of Lenox Group, Inc., and former member of the Wells Fargo & Company board of directors. 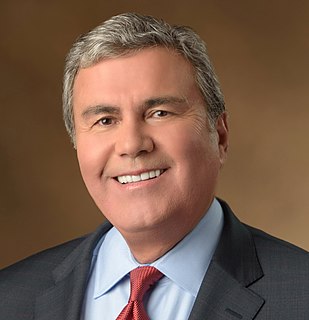 Enrique Hernandez Jr. is an American lawyer and business executive. He is president and chief executive officer (CEO) of Inter-Con Security Systems, Inc., and a director of Wells Fargo & Company. He has been the non-executive chairman of McDonald's since May 2016, and a director since 1996.

Jeffrey (Jeff) Noddle was the executive chairman of SuperValu, which is the third-largest grocery retail company in the United States, as of 2008, and a leading food distributor. He has served as CEO from June 2001 to June 2009 and has been with SuperValu since 1976.

Douglas M. Baker Jr. is chairman of the board and chief executive officer of Ecolab, Inc., a Fortune 500 company in water, hygiene and energy technologies and services.

Michael Jackson is the Executive Chairman and former chief executive officer, and president of AutoNation, Inc. Under his guidance the organization became the largest automotive retailer in the United States, using a more customer-focused, transparent and contemporary business model.

Lee Reuben Anderson Sr. is an American businessman and philanthropist. He was the owner and chairman of the Minnesota-based APi Group Inc., a holding company for numerous construction and fire-protection firms. His charitable interests include children's health, higher education, and the welfare of American military veterans.

Kevin Fulbright Warren is an American attorney and sports executive. He is the Commissioner of the Big Ten Conference. The first Commissioner who is African-American, he is also the first in any of the major American student-sports conferences in history. Warren was previously the Chief Operating Officer of the Minnesota Vikings of the National Football League, and was the highest-ranking African-American executive working on the business side for an NFL team. In 2015, Warren became the first African-American Chief Operating Officer of an NFL team. On June 4, 2019, Warren was elected as the Big Ten Conference Commissioner.

Charles "Charlie" W. Scharf is an American businessman who serves as the chief executive officer and president of Wells Fargo. He was previously the CEO of Visa Inc. and BNY Mellon, and has been an independent director on the Microsoft board of directors since 2014.

Albert T. Annexstad is an American businessman and philanthropist.