Michel Henri Aumont (15 October 1936 – 28 August 2019) was a French theatre, film, and television actor. [1] [2] [3] Throughout his career, he gained four Molière Awards and nominations for three César Awards. In 2015, he was made Grand Officer of the National Order of Merit.

Born October 15, 1936 in Paris. He studied at the Paris Conservatory of Dramatic Art.

From the 1970s, he became one of the leading comedic actors in French cinema, despite having played mostly supporting roles. [2]

He worked on the Comédie-Française stage for thirty years. [4] 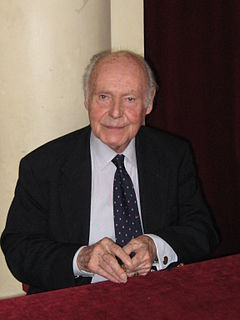 René de Obaldia was a French playwright and poet. He was elected to the Académie française on 24 June 1999. 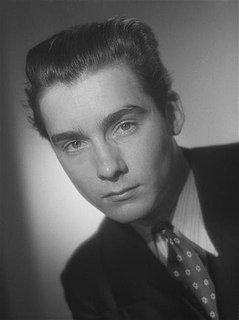 Michel Bouquet was a French stage and film actor. He appeared in more than 100 films from 1947 to 2020. He won the Best Actor European Film Award for Toto the Hero in 1991 and two Best Actor Césars for How I Killed My Father (2001) and The Last Mitterrand (2005). He also received the Molière Award for Best Actor for Les côtelettes in 1998, then again for Exit the King in 2005. In 2014, he was awarded the Honorary Molière for the sum of his career. He received the Grand Cross of the Legion of Honor in 2018.

Michel Robin was a French film, stage, and television actor. A sociétaire of the Comédie-Française since 1996, he also appeared in 120 films from 1966 to 2018. He won several awards for his acting, including the Moliere Award for Best Supporting Actor and the Grand Jury Prize winner at the Locarno Festival in 1979. 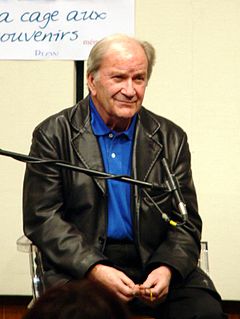 Pierre Mondy was a French film and theatre actor and director.

Arnaud Giovaninetti was a French actor.

Maria Pacôme was a French actress and playwright.

Events in the year 2019 in Mauritania.

Guy Laporte was a French actor.

François Lalande was an Algerian-born French actor. He had performed in the theatre, on television, and films.

Étienne Draber was a French actor.

Michel Ruhl was a French actor.