Miguel Castro Enriquez ( Tagalog pronunciation:  [ɛnˈɾɪkɛs] ; born September 29, 1951, Santa Ana, Manila), also known as Mike Enriquez, is a Filipino television and radio newscaster. He is also the Consultant for radio operations of GMA Network, and president of the network's regional and radio subsidiary, RGMA Network Inc., and the Station Manager of Super Radyo DZBB 594 AM.

He started his career in broadcasting as a staff announcer at the Manila Broadcasting Company in 1969. It began when he visited a friend in that company and accidentally discovered his interest in radio. [1] He has since worked in various positions, as a broadcast reporter, a news editor, program director, and station manager, until he became manager of a medium-sized radio network. He also had stints in other radio networks such as Freedom Broadcasting Radio Network and Radio Mindanao Network (RMN), where he became vice president for the company. He was the man behind the huge success of DWKC 93.9, which stayed in the number 1 spot for so many years before he left in 1995. He is the voice behind the Mellow Touch 94.7 signature and introduction. [1] He also became a disc jockey known as "Baby Michael" and he played a cameo role as a disc jockey in Andrew E.'s 1992 movie Mahirap ang Maging Pogi (It's Not Easy Being Handsome).

In 1994, after leaving RMN, Enriquez would join GMA to head its radio division and expand its radio networks, with only 4 originating stations at that time.

In 1995, Enriquez was convinced by the network to be the anchor, in what would be his first on-cam appearance, of the 1995 senatorial election coverage, with then broadcast journalist Karen Davila as co-anchor. He would later remark numerous times, "Itong mukhang ‘to sa palagay mo pang TV ito?"

Months later, the network executives called for him to come back; he would anchor a 15-minute newscast, in the early evening slot, together with Davila. The late-afternoon news program, entitled Saksi: GMA Headline Balita premiered on October 2, 1995.

In September 1998, Enriquez would land his anchor-duties into the late-night newscast GMA Network News with Vicky Morales. Since his first months on Network News, they decided to change the language to "Taglish", and later, changed to Filipino in 1999.

In January 1999, Enriquez returned to radio via Super Radyo DZBB, with his new program based on his former newscast, Saksi sa Dobol B .

Throughout his career as a news anchor, he would cover numerous news events ranging from the Payatas landslide, the eve of the Iraq War, the Funeral of Pope John Paul II Vatican, and Tacloban, which was then ravage from the aftermath of Typhoon Haiyan.

He has been named as one of the most child-friendly personalities by the Southeast Asian Foundation for Children and thrice consecutively by the Anak TV Seal awards. [2]

On August 22, 2018, Enriquez revealed he has been on a medical leave because of a couple of ailments, which is why he hasn't been on 24 Oras and Super Radyo DZBB lately. [3]

Enriquez is the eldest of three children. [4] He uses the term "destructive to a certain extent" to describe his curiosity-filled, active childhood. [4]

He had always been very active in church, and used to be an altar boy with an ambition to be a Franciscan priest. [5] However, his parents refused to sign a consent sheet that would allow him to stay at the seminary until he became a priest. [5]

Instead, he was enrolled at De La Salle College (now De La Salle University-Manila), taking up AB Liberal Arts in Commerce. [6] Enriquez finished his degree in 1973 and now teaches in Broadcast Management. He is currently a member of the Board of Trustees of La Salle Green Hills and acts as the Treasurer and Chairman of its Finance Committee.[ citation needed ]

Mike has been married to Lizabeth "Baby" Yumping for twenty-nine years, but they have no children.[ citation needed ]

The GMA Network Center is the headquarters and broadcast complex of the GMA Network, a major radio and television network in the Philippines. It is located at EDSA corner Timog Avenue, Diliman, Quezon City. It is the network's main television and radio production center, and its main transmission facility for most of Metro Manila. The building houses Super Radyo DZBB 594 AM, Barangay LS 97.1 FM, GMA-7 and GTV-27.

Frontpage: Ulat ni Mel Tiangco is a Philippine television news broadcasting show broadcast by GMA Network. Anchored by Mel Tiangco, it premiered on August 23, 1999 on the network's evening line up replacing GMA Network News. The show concluded on March 12, 2004. It was replaced by 24 Oras in its timeslot.

Victoria "Vicky" Morales-Reyno is a broadcast journalist from the Philippines. She is best known for being one of the anchors of GMA Network's early evening newscast 24 Oras with Mike Enriquez and Mel Tiangco as well as for being the host of the Saturday afternoon documentary-drama show Wish Ko Lang! For hosting Wish Ko Lang!, she got the "Best Public Service Program Host" award during the 29th PMPC Star Awards for Television in 2015 given by the Philippine Movie Press Club. She previously anchored Saksi, the late news program of GMA Network, from 1999 to 2014. In GTV, she hosts a magazine news program entitled Good News Kasama si Vicky Morales, which was started in 2011 when GTV was previously known as GMA News TV. 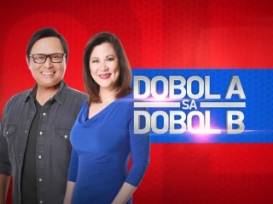 Danifel Manaba Campilan, was a radio and TV reporter for GMA Network. As a radio reporter and later as a TV reporter, Campilan was practically in the center of many upheavals and shakeups that the country has gone through, from the impeachment of former Philippine president Joseph Estrada and the swearing in of President Gloria Macapagal-Arroyo to the impeachment bid of Supreme Court Chief Justice Hilario Davide.

Julius Caesar Concepcion Babao, known professionally as Julius Babao, is a Filipino broadcast journalist, radio commentator and former talk show host for the Philippine television station ABS-CBN. He is most notable for anchoring TV Patrol from 2003 to November 2010. 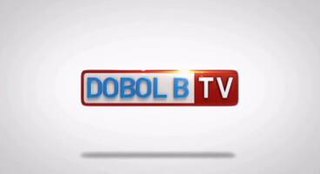 PiliPinas Debates 2016 is a debate series administered by the Commission on Elections (COMELEC) with the assistance of the Kapisanan ng mga Brodkaster ng Pilipinas in preparation for the May 9, 2016 general election. In January 2016, the Commission on Elections confirmed that they would hold three presidential debates and one vice presidential debate. This will be the first time that the COMELEC will host debates since the 1992 elections, with ABC-5 as the host network fresh from the launch of the recently restored broadcast network on February 21 of the same year, after a 20-year rest due to Martial Law. The debates were branded as PiliPinas Debates 2016. The first word is a portmanteau of Pili, Filipino for "choose" and Pinas, shortcut for the Philippines in Filipino. 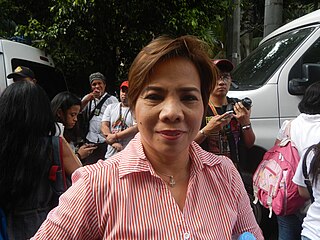