Francesco Puccioni (26 April 1961 – 30 January 2009), better known under his stage name Mike Francis, was an Italian singer and composer, born in Florence, Italy. Internationally, he was best known for his 1984 hit, "Survivor", and his collaborations with American singer Amii Stewart.

Puccioni formed his first band at age 14 with schoolmates from l'Istituto di Studi Americano in Rome. Under the stage name Mike Francis, he had his first hit with "Survivor" in 1984 and went on to record ten studio albums. Among his best known works is the song "Friends", a duet with Amii Stewart released in 1984 which became a big hit in the UK and the Philippines.

Beginning in 2000, assisted by his brother Mario (Mari-One) and by the Maltese multi-instrumentalist Aidan Zammit, he founded the group Mystic Diversions. [2] Songs by Mystic Diversions were featured on many high-profile chill-out and lounge compilations. In addition to new, original song material, the group also did covers of 1970s and 1980s songs like "Float On" (by The Floaters), and "A Warm Summer Night" (by Chic). The band was composed of members Francesko (Francesco Puccioni), Mari-One (Mari-One Puccioni), and Aidan Zammit. Additional musicians for live sets consisted of Agostino Marangolo (drums), Fabio Pignatelli (bass), Marco Rinalduzzi (guitars), Giovanni Imparato (percussion and vocals), and Wendy Lewis & Laura Serra (backing vocals). [3]

His 2007 album Inspired followed the cover of Van Morrison's "Someone Like You", together with Blank & Jones for the compilation album Café del Mar Vol. 12. His website states him as saying: "From that moment many other songs were born, in a simple and spontaneous way, simply "inspired"..." [4]

Puccioni died aged 47 on 30 January 2009 of lung cancer in Rome. [5] His last compilation album The Very Best of Mike Francis (All Was Missing) was released just days before his death.

Amy Paulette "Amii" Stewart is an American disco and soul singer and dancer most famous for her 1979 U.S. Billboard number 1 hit cover of Eddie Floyd's song "Knock on Wood", an all-time classic of the disco genre. Stewart is the stepsister of actress-singer Miquel Brown and aunt to Brown's actress-singer daughter Sinitta.

Baltimora was an Italian music project from Milan, active from 1984 to 1987. They are best known for their 1985 single "Tarzan Boy" and are often considered a one-hit wonder in the United Kingdom and the United States due to the song's success compared to their other singles. In other European countries, including their native Italy, Baltimora enjoyed more success.

Change is an Italian-American post-disco group formed in Bologna, Italy, in 1979 by businessman and executive producer Jacques Fred Petrus (1949–1987) and Mauro Malavasi. They were heavily influenced by the disco band Chic. The current incarnation of the group formed in 2018.

Goblin is an Italian progressive rock band known for their soundtrack work. They frequently collaborate with Dario Argento, most notably creating soundtracks for Profondo Rosso in 1975 and Suspiria in 1977. CD re-releases of their soundtracks have performed well, especially in Germany and Japan. Goblin returned with a series of live concerts in Europe in 2009 and in North America in 2013.

"Knock on Wood" is a 1966 hit song written by Eddie Floyd and Steve Cropper and originally performed by Floyd. The song has become covered by later artists, most notably Amii Stewart in 1979. Stewart's disco version was the most successful on weekly music charts.

Roger Maxwell Chapman, also known as Chappo, is an English rock vocalist. He is best known as a member of the progressive rock band Family, which he joined along with Charlie Whitney, in 1966 and also the rock, R&B band Streetwalkers formed in 1974. His idiosyncratic brand of showmanship when performing and vocal vibrato led him to become a cult figure on the British rock scene. Chapman is claimed to have said that he was trying to sing like both Little Richard and his idol Ray Charles. Since the early 1980s he has spent much of his time in Germany and has made occasional appearances there and elsewhere.

Litfiba is an Italian rock band formed in Florence, Italy, in early 1980. 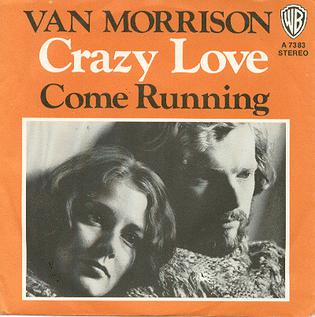 "Crazy Love" is a romantic ballad written by Northern Irish singer-songwriter Van Morrison and included on his 1970 album, Moondance. The song was originally released as the B-side to "Come Running" in May 1970 before it was released as a single in the Netherlands, "Come Running" as the B-side. The cover of the single shows Morrison with his then-wife, Janet "Planet" Rigsbee. The photograph was taken by Elliot Landy, the official photographer of the 1969 Woodstock festival.

Try Love is a studio album by Amii Stewart, first released in Italy in 1984. It includes singles "That Loving Feeling", "I Gotta Have You Back" and "Try Love".

Pearls – Amii Stewart Sings Ennio Morricone is a studio album by Amii Stewart released in 1990. The album which covers many of film composer Ennio Morricone's best known songs was recorded with Rome's Philharmonic Orchestra.
The album has been re-released as My Heart And I, Desire, One Love, Saharan Dream and Here's To You.

Magic is a studio album by Amii Stewart released in 1992. The album which includes singles "Don't Be So Shy" and "Don't Stop" was a collaboration with Narada Michael Walden and British songwriting duo Climie Fisher.

Unstoppable is a compilation/studio album by Amii Stewart released in 1999 which includes new versions of some of the greatest hits from her disco career, selected tracks from the 80's and 90's as well as two previously unreleased recordings, the title track and "Can I Come Home".

The Greatest Hits is a compilation album of recordings by Amii Stewart released in 2005. The album is more or less a re-release of Hot Productions' 1996 compilation Knock On Wood - The Best Of Amii Stewart with a few changes. While this edition is digitally remastered it omits 1985 hit "Friends" and replaces it with the instrumental reprise of "Paradise Bird".

All of Me is a greatest hits album of recordings by Amii Stewart released in Europe in 1995. The album includes most of Stewart's greatest hits and single releases until that point, from her career as a disco diva through her '80s and '90s collaborations with Mike Francis, Giorgio Moroder, Bolland & Bolland and Ennio Morricone.

Aidan Zammit is a musician from Sliema, Malta. He has lived in Italy since 1985. 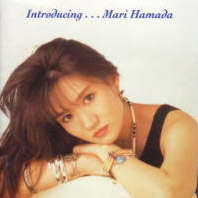 Introducing... Mari Hamada is the first international release by Japanese singer/songwriter Mari Hamada, released on May 30, 1993 in Asia and January 24, 1994 in Europe by MCA Records. The album was co-produced by Marc Tanner, best known for producing Nelson's debut album After the Rain. Some of the English songs are reworked versions of Hamada's hit singles from previous Japanese releases. Both releases differ wherein the Asian release contains English and Japanese songs, while the European release is all-English. The additional English songs on the European version were compiled in a second Asian release titled All My Heart on August 4, 1994.

"Friends" is a song by American singer Amii Stewart, released as a single in 1984. The song contains backing vocals by Italian musician Mike Francis, who also wrote and composed the song. It did not initially appear on the 1984 album Try Love, except for the Dutch release, but was included on later pressings of the album. It was a hit in the UK, peaking at No. 12 and in Italy, reaching number one. In the U.S., the song reached No. 46 on the Billboard Hot Black Singles chart in 1985.

"Together" is a song by American singer Amii Stewart and Italian musician Mike Francis, released as a single in 1985. The duet was a number nine hit in Italy in July 1985. It appeared on Francis' 1985 album Features, and Stewart's 1985 compilation album The Best of Amii Stewart.