Born in Neath, Gwilym is the brother of actor Robert Gwilym, son of Arthur Aubrey Remington Gwilym and Renée Mathilde Eugénie Léonce Dupont. [2] His parents were the proprietors of a women's clothing chain in Wales and his maternal grandfather was the Belgian oil industrialist Edmond Jules Dupont from Liège. [3] Mike Gwilym's interest in acting began while at Wycliffe Preparatory School, [4] [5] but he began his acting career while at university at Oxford with the Oxford University Dramatic Society, and went on to join the Glasgow Citizens' Theatre before becoming an associate actor of the Royal Shakespeare Company

His stage debut was as 'Prince Hal' in Henry IV, Part 1 at the Playhouse Theatre, Sheffield, UK in 1969.

Gwilym joined the Royal Shakespeare Company in 1974; his debut in London was with that company in that year as 'Vlass' in Summerfolk , at the Aldwych Theatre. [2] He starred in many of their productions during the late 1970s and early 1980s, including The Comedy of Errors , King Lear , Troilus and Cressida , and Love's Labour's Lost . He made his television debut in the BBC's 1975 adaptation of How Green Was My Valley . His most high-profile role was as jockey-turned-detective Sid Halley in The Racing Game, a six-part Yorkshire Television series based on Dick Francis's 1965 novel Odds Against, [6] and his film credits include roles in Hopscotch (1980), Venom (1981), Priest of Love (1981), A.D. (1985), and Peter the Great (1986). He subsequently returned to playing classical roles on stage and screen. In the BBC Television Shakespeare series, he starred in Coriolanus (as Aufidius), in Love's Labour's Lost (as Berowne), and Pericles, Prince of Tyre in the title role.

Gwilym retired from the professional stage to the South of Spain (province of Malaga), where his parents had a summer home. From the year 2001 he has shared a home with his partner in Sotogrande in the province of Cadiz. [7] 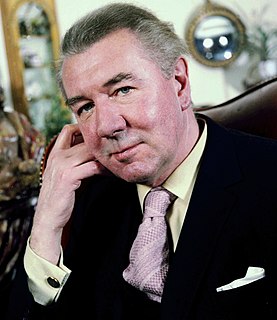 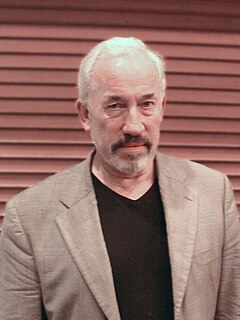 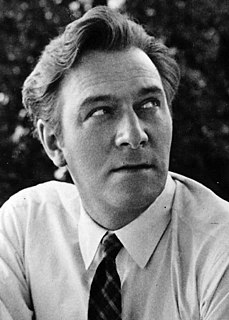 Walter Stacy Keach Jr., known professionally as Stacy Keach, is an American actor and narrator. He has played mainly dramatic roles throughout his career, often in law enforcement or as a private detective. His most prominent role was as Mickey Spillane's fictional detective Mike Hammer, which he played in numerous stand-alone television films and at least three television series throughout the 1980s and 1990s. The role earned him a Golden Globe Award nomination in 1984.

Charles Keating was an English actor. 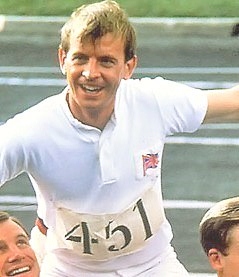 Ian Charleson was a Scottish stage and film actor. He is best known internationally for his starring role as Olympic athlete and missionary Eric Liddell, in the Oscar-winning 1981 film Chariots of Fire. He is also well known for his portrayal of Rev. Charlie Andrews in the 1982 Oscar-winning film Gandhi. 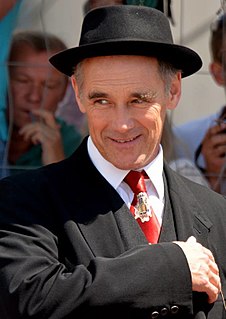 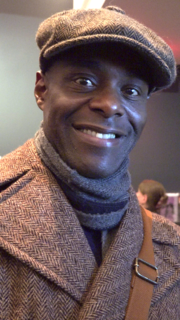 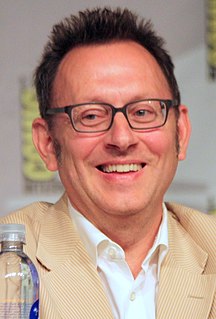 Leonard Joel "Lenny" Baker was an American actor of stage, film, and television, best known for his Golden-Globe-nominated performance in the 1976 Paul Mazursky film Next Stop, Greenwich Village and his 1977 Tony Award-winning performance in the stage play I Love My Wife.

Michelle Terry is an Olivier Award–winning English actress and writer, known for her extensive work for Shakespeare's Globe, the Royal Shakespeare Company and the Royal National Theatre, as well as her television work, notably writing and starring in the Sky One television series The Café. Terry took up the role of artistic director at Shakespeare's Globe in April 2018. 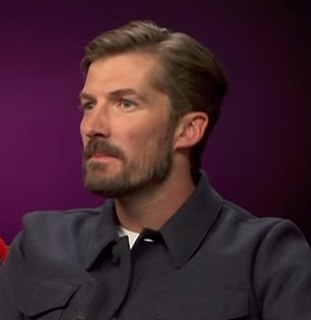 Dikran Tulaine is an English-Armenian actor, storyteller and playwright. He had a recurring guest role of Max on the NBC series The Blacklist (2013–15), and was in the films G.I. Joe: Retaliation (2013), Black Knight (2001) and Seeking Justice (2011).