Mytishchi is a city and the administrative center of Mytishchinsky District in Moscow Oblast, Russia, which lies to the northeast of Russia's capital Moscow, on the Yauza River and the Moscow–Yaroslavl railway. Population: 173,160.

Ufa is the capital city of the Republic of Bashkortostan, Russia, and the industrial, economic, scientific and cultural center of the republic. As of the 2010 Census, its population was 1,062,319, making it the eleventh most populous city in Russia.

Alekseev was the vice-director of the Institute of Linguistics of the Russian Academy of Sciences, and the head of its section on Caucasian languages.

The Russian Academy of Sciences consists of the national academy of Russia; a network of scientific research institutes from across the Russian Federation; and additional scientific and social units such as libraries, publishing units, and hospitals.

He studied linguistics at Moscow State University with Aleksandr E. Kibrik, taking part in several field trips to Pamir and Daghestanian languages. He defended his dissertation in 1975, supervised by Georgiy A. Klimov, on "The problem of the affective/experiential sentence construction". 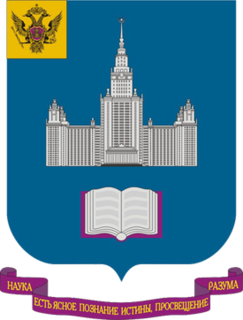 Moscow State University is a coeducational and public research university located in Moscow, Russia. It was founded on 23 January [O.S. 12 January] 1755 by Mikhail Lomonosov. MSU was renamed after Lomonosov in 1940 and was then known as Lomonosov University. It also houses the tallest educational building in the world. Its current rector is Viktor Sadovnichiy. According to the 2018 QS World University Rankings, it is the highest-ranking Russian educational institution and is widely considered the most prestigious university in the former Soviet Union.

Alexander Kibrik was a Russian linguist, doctor of philology and the head of the department of theoretical and applied linguistics of the Philological Faculty of Moscow State University.

Alekseev's later contributions mostly concerned the historical-comparative study of Daghestanian languages. He was a close colleague and collaborator of Sergei A. Starostin.

Slavic studies, Slavonic studies or Slavistics is the academic field of area studies concerned with Slavic areas, Slavic languages, literature, history, and culture. Originally, a Slavist or Slavicist was primarily a linguist or philologist researching Slavistics, a Slavic (AmE) or Slavonic (BrE) scholar. Increasingly historians and other humanists and social scientists who study Slavic area cultures and societies have been included in this rubric.

In linguistics, the Japhetic theory of Soviet linguist Nikolay Yakovlevich Marr (1864–1934) postulated that the Kartvelian languages of the Caucasus area are related to the Semitic languages of the Middle East. The theory gained favor among Soviet linguists for ideological reasons, as it was thought to represent "proletarian science" as opposed to "bourgeois science".

Tabasaran is a Northeast Caucasian language of the Lezgic branch. It is spoken by the Tabasaran people in southern part of the Russian Republic of Dagestan. There are two main dialects: North (Khanag) and South Tabasaran. It has a literary language based on the Southern dialect, one of the official languages of Dagestan.

Bernard S. Comrie, is a British-born linguist. Comrie is a specialist in linguistic typology and linguistic universals, and on Caucasian languages. 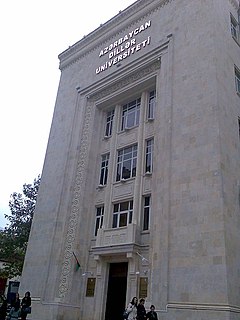 Azerbaijan University of Languages is a public university in Baku, Azerbaijan. The student body consists of approximately 4000 undergraduates and 900 graduate students. The university has a combined faculty of more than 700 teachers. 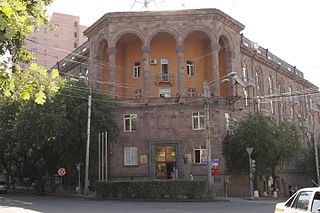 Boris Grigorevich Kolker is a language teacher, translator and advocate of the international language Esperanto. He was until 1993 a Soviet and Russian citizen and since then has been a resident and citizen of the United States residing in Cleveland, Ohio. In 1985 he was awarded a Ph.D. in linguistics from the Institute of Linguistics of the Academy of Sciences of the USSR in Moscow.

Valery Pavlovich Alekseyev was a Russian anthropologist, director of the Institute of Archaeology in Moscow (1987–1991) and member of the Soviet Academy of Sciences, exceptionally without having been a member of the Communist Party.

Svetlana Burlak, Russian: Светлана Анатольевна Бурлак) is a Russian linguist, an Indo-European languages scholar, as well as an author of works on comparative linguistics and on the genesis of human language. She is a senior researcher at the Institute of Oriental Studies of the Russian Academy of Sciences and a Tocharist. Burlak has composed many linguistic problems, and has also written several manuals and popular science publications. She is one of the permanent professors of the summer linguistic school and summer ecological school. Professor of the Russian Academy of Sciences.

Georgy Klimov was a Russian linguist and a leading specialist of the Caucasian languages. His interest primarily focused on the Kartvelian linguistics but also encompassed the Burushaski language and the Amerind language group.

Eugene Petrovich Chelyshev or E. P. Chelyshev is a Russian indologist, academician and public figure. He is a full-time member of the Russian Academy of Sciences (1987), and he was the Academician-Secretary of the Department of Literature and Language Sciences (1988–2002), and a member of the Presidium of the Russian Academy of Sciences. He was awarded two Orders of the Red Star, Order of the Patriotic War II degree (1985), Order "For Merit to the Fatherland" IV Degree (1997), III degree (2007), Order of Honour (2012). Member of the Writers' Union of Russia.

Viacheslav Chirikba is a linguist and politician from Abkhazia. He was Minister for Foreign Affairs of Abkhazia between 2011 and 2016. 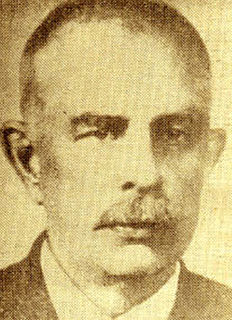 Alexei Vasilkovich Mirtov was a Russian linguist and a major specialist in the field of the history of language, dialectology and modern Russian language. Professor, Doctor of Philological Sciences. 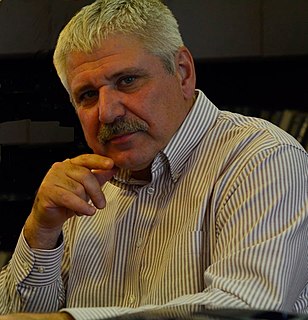 Andrej Kibrik is a Russian linguist, the director of the Institute of Linguistics of the Russian Academy of Sciences, and professor at the Philological Faculty of the Moscow State University. Member of the Academia Europaea since 2013. 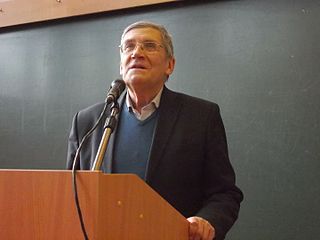 Vladimir Mikhaylovich Alpatov is a Soviet and Russian linguist, Doctor of Philology (1983), a Corresponding Member of the Russian Academy of Sciences (2008). He is an author of more than 200 works in linguistics and a specialist in Japanese studies and the history of linguistics.