The first Minister of Public Health was appointed in 1900, during the premiership of Richard Seddon. The word "Public" was dropped from the title when Sir Māui Pōmare took over the portfolio from 27 June 1923, as simply "Minister of Health".

In the health system reforms of the 1980s, the Department of Health lost responsibility for both the provision and funding of healthcare – these roles were transferred to separate Crown Health Enterprises (the precursors to today's District Health Boards) and the Health Funding Authority, respectively. The only function remaining was policy-making (resulting in the department being renamed a Ministry). For a time, there was a separate Minister in Charge of Crown Health Enterprises, who was not necessarily the same as the Minister of Health. Further reforms have changed this, however – the Health Funding Authority has been re-absorbed into the Ministry of Health, and the modern District Health Boards, while not part of the Ministry, are considered a responsibility of the Minister of Health.

In July 2022, on the passing of the Pae Ora (Healthy Futures) Act 2022, District Health Boards were disestablished and the provision and funding of healthcare was centralised under Health New Zealand.

A quango or QUANGO is an organisation to which a government has devolved power, but which is still partly controlled and/or financed by government bodies. The term was originally a shortening of "quasi-NGO", where NGO is the acronym for a non-government organization.

The health board system of Ireland was created by the 1970 Health Act. This system was initially created with eight health boards, each of which were prescribed a functional area in which they operated. The system was reformed in 1999 from eight to eleven regional bodies.

The Ministry of Education is the public service department of New Zealand charged with overseeing the New Zealand education system.

The Ministry of Health is the public service department of New Zealand responsible for healthcare in New Zealand. It came into existence in its current form in 1993.

The Te Manatū WakaMinistry of Transport is the public service department of New Zealand charged with advising the government on transport policy. 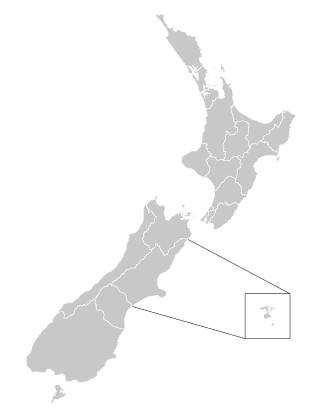 District health boards (DHBs) in New Zealand were organisations established by the New Zealand Public Health and Disability Act 2000 under the Fifth Labour Government, responsible for ensuring the provision of health and disability services to populations within a defined geographical area. They existed from 1 January 2001, when the Act came into force, to 30 June 2022. Initially there were 21 DHBs, and this was reduced to 20 organisations in 2010: fifteen in the North Island and five in the South Island. DHBs received public funding from the Ministry of Health on behalf of the Crown, based on a formula that took into account the total number, age, socio-economic status and ethnic mix of their population. DHBs were governed by boards, which were partially elected and partially appointed by the minister of Health.

The New Zealand Government is the central government through which political authority is exercised in New Zealand. As in most other parliamentary democracies, the term "Government" refers chiefly to the executive branch, and more specifically to the collective ministry directing the executive. Based on the principle of responsible government, it operates within the framework that "the Queen reigns, but the government rules, so long as it has the support of the House of Representatives". The Cabinet Manual describes the main laws, rules and conventions affecting the conduct and operation of the Government.

Te Puni Kōkiri is the principal policy advisor of the Government of New Zealand on Māori wellbeing and development. Te Puni Kōkiri was established under the Māori Development Act 1991 with responsibilities to promote Māori achievement in education, training and employment, health, and economic development; and monitor the provision of government services to Māori. The Māori name means "a group moving forward together". 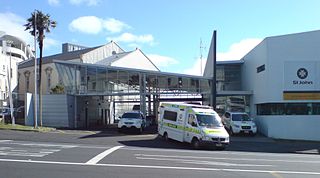 The healthcare system of New Zealand has undergone significant changes throughout the past several decades. From an essentially fully public system based on the Social Security Act 1938, reforms have introduced market and health insurance elements primarily since the 1980s, creating a mixed public-private system for delivering healthcare. 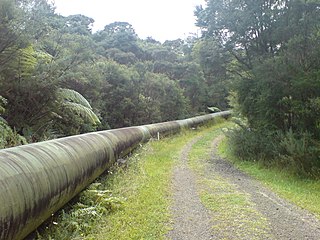 Water supply and sanitation in New Zealand is provided for most people by infrastructure owned by territorial authorities including city councils in urban areas and district councils in rural areas. As at 2021, there are 67 different asset-owning organisations.

Ministry of Health (Alberta) is a ministry of the Executive Council of Alberta. Its major responsibilities include setting "policy and direction to achieve a sustainable and accountable health system to promote and protect the health of Albertans."

Te Whatu Ora – Health New Zealand is a public health agency established by the New Zealand Government to replace the country's 20 district health boards (DHBs) on 1 July 2022. Health NZ will work alongside the Māori Health Authority (MHA) and Public Health Agency to manage the provision of healthcare services in New Zealand. Its chief executive Margie Apa was appointed in December 2021.

Te Aka Whai Ora – the Māori Health Authority (MHA) is an independent New Zealand government statutory entity tasked with managing Māori health policies, services, and outcomes. The Health Authority will work alongside the Ministry of Health and the public health agency Health New Zealand, the latter of which will replace the 20 existing district health boards (DHB). On 20 December 2021, Riana Manuel was selected to be the Chief Executive of the agency, which would be a permanent agency on 1 July 2022.

Budget 2022, dubbed the Wellbeing Budget 2022, is the New Zealand budget for fiscal year 2022/23, presented to the House of Representatives by Finance Minister, Grant Robertson, on 19 May 2022 as the fifth budget presented by the Sixth Labour Government. This budget was released in the midst of socio-economic impacts of the widespread community transmission of the SARS-CoV-2 Omicron variant, rising living costs, and the 2022 Russian invasion of Ukraine.

The Public Health Agency (PHA) is a directorate within the New Zealand Ministry of Health responsible for managing population and public health. It was established on 1 July 2022 as part of a large scale reform of public health services in New Zealand.

The Pae Ora Act 2022 is a New Zealand Act of Parliament that replaces the district health board system with a national public health service called Health New Zealand. It also establishes a separate Māori Health Authority (MHA) and a new Public Health Agency. The bill passed its third reading on 7 June 2022 and became law on 14 June 2022.