Ministerialists and Oppositionists (Western Australia) were political groupings that were in force in the Western Australian parliament in the elections of the early twentieth century.

The turbulent and unresolved alignments in Western Australian politics following the John Forrest era did not settle until after the first world war.

The Ministerialist grouping in 1911 evolved into the Western Australian Liberal Party (1911–17) under the guidance of John Forrest. [1]

In other states of Australia the term had been used prior to federation. [4]

The Communist Party of Australia (CPA) was founded in 1920 and dissolved in 1991. The CPA achieved its greatest political strength in the 1940s and faced an attempted ban in 1951. Though it never presented a major challenge to the established order in Australia, it did have a (relatively) large membership and a significant influence on the trade unions, social movements, and the national culture.

Walter Maxwell Nairn was an Australian politician. He was a member of the Australian House of Representatives from 1929 to 1943, representing the electorate of Perth for the Nationalist Party of Australia and its successor the United Australia Party. He was the Speaker of the House from 1940 to 1943. 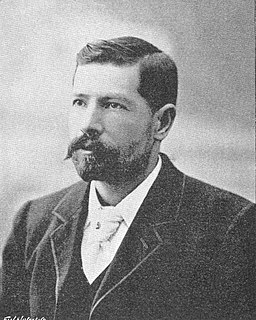 Henry Gregory was an Australian politician. He was a Ministerialist member of the Western Australian Legislative Assembly from 1897 to 1911, representing the electorates of North Coolgardie (1897-1901) and Menzies (1901-1911). He was state Minister for Mines from 1901 to 1904 under George Leake and Walter James and Minister for Mines and Railways from 1905 to 1911 under Hector Rason, Newton Moore and Frank Wilson. He rose to become Treasurer and acting Premier when Wilson was out of state from 1910 to 1911, but lost his seat at the 1911 state election.

This is a list of members of the 17th Legislative Assembly of Queensland from February 1908 to October 1909, as elected at the 1908 state election held on 5 February 1908.

Elections were held in the Australian state of Queensland on 27 August 1904 to elect the members of the state's Legislative Assembly. The Ministerial Party maintained government with the continued support of the Labour Party. 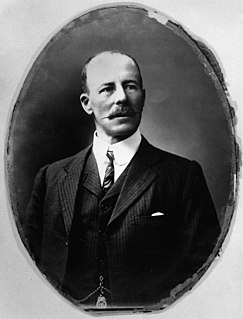 Francis Grayson was a shopkeeper and member of the Queensland Legislative Assembly.

Henry Moreton Stevens was a member of the Queensland Legislative Assembly.

Edward Bowdich Swayne was a member of the Queensland Legislative Assembly.

John Norman was a member of the Queensland Legislative Assembly. 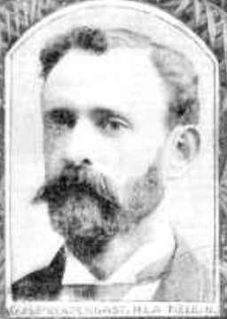 The 1908 Victorian state election was held in the Australian state of Victoria on 29 December 1908 to elect 40 of the 65 members of the state's Legislative Assembly. The other 25 seats were uncontested.