The Ministry of External Affairs (abbreviated as MEA; IAST: Vidésha Mantrālaya) of India, also known as the Foreign Ministry, is the government agency responsible for the conduct of foreign relations of India. The Ministry comes under the Government of India and responsible for India's representation in the United Nations. It also advises other Ministries and State Governments when the latter have dealings with foreign governments or institutions.

The Ministry was initially the Ministry of External Affairs and Commonwealth Relations, a holdover from the British Raj. It was renamed the Ministry of External Affairs in 1948. [5] Prime Minister Jawaharlal Nehru held the portfolio as an additional charge till his death in 1964 and it was only then that a separate Minister with Cabinet rank was appointed. The ministry is responsible for the administration of Naga Hills, Tuensang Area, Indian Emigration Act of 1923, the Reciprocity Act of 1943, the Port Haj Committee Act of 1932, the Indian Merchant Shipping Act in so far as it relates to pilgrim ships, the Indian Pilgrim Shipping Rules of 1933, the Protection of Pilgrims Act of 1887 (Bombay) and the Protection of the Mohammedan Pilgrims Act of 1896 (Bengal) are also the special responsibility of the Ministry of External Affairs.

The Ministry is the cadre controlling authority of the Indian Foreign Service, the service is wholly under the administration and supervision of the External Affairs Ministry.

The Secretary General was the senior most official in the ministry till the post was abolished in 1964. [6] The delineation of responsibilities up to that time was as follows:

The Foreign Secretary is the most senior civil servant who is the head of the Department of Foreign Affairs, [8] and is supported by other secretary level officers.

Development Partnership Administration (DPA) is an agency under the Ministry of External Affairs formed in 2013 to increased its strategic footprint and for the effective execution of projects with professionals from diverse backgrounds. India has an elaborate project portfolio in its neighbourhood, including Bhutan, Nepal, Afghanistan, Maldives, Sri Lanka, and Bangladesh, as well as Africa and Latin America.

It is headed by Sujata Mehta, one of India’s foremost diplomats and former Indian representative to UN Conference on Disarmament, Geneva. Mehta is Special Secretary in the MEA. [11] [12]

India Perspectives [13] is the flagship publication of the Ministry of External Affairs. A bi-monthly magazine, it is digitally published in English and Hindi, and 14 other international languages, with a readership spanning 170 countries. It is crafted to support the Ministry’s diplomatic initiatives and highlight India’s bilateral ties with the rest of the world.

The magazine provides an insight into India’s culture and tradition along with elements of contemporary India. With intelligent, analytical and verified editorial content, the publication is one of the most authentic sources of information regarding India’s ‘soft diplomacy’ initiatives as well as its rich cultural, scientific and political heritage. By showcasing the country’s various facets through original stories on travel, art, music, cinema and more, the magazine takes India to the world.

Prominent civil servants-turned-authors who started their careers with the Indian Foreign Service and Ministry of External Affairs include Vikas Swarup, Navtej Sarna and Abhay K.

The office of the Ministry is located in the South Block building which also contains the Prime Minister's office and Ministry of Defence. Other offices are located in Jawaharlal Nehru Bhawan, Shastri Bhawan, Patiala House, and ISIL Building. [14] 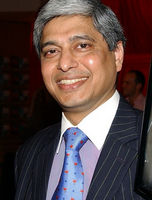 Vikas Swarup is an Indian civil servant of the Indian Foreign Service cadre and a writer. He is the current Secretary (West) at the Ministry of External Affairs, India and has previously served as High Commissioner of India in Canada and has been the official spokesperson of the Ministry of External Affairs of India. He is best known as the author of the novel Q & A, adapted in film as Slumdog Millionaire, the winner of Best Film for the year 2009 at the Academy Awards, Golden Globe Awards and BAFTA Awards.

The Indian Foreign Service is a central civil service under Group A and Group B of the Central Civil Services of the executive branch of the Government of India. 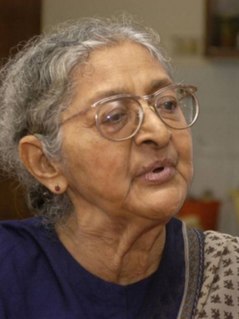 The Sushma Swaraj Institute of Foreign Service (SSIFS) India is the civil service training institute in New Delhi where Indian Foreign Service officers are trained. After completion of training, the trainee officers of IFS cadre are awarded a MA from Jawaharlal Nehru University, Delhi. The Institute functions under the Ministry of External Affairs, Government of India.

Shamma Jain is an Indian senior diplomat currently serving as the Indian ambassador to Greece since June 2017. She has also served as the ambassador of India to Panama, Costa Rica, Nicaragua, Ivory Coast, Liberia, Sierra Leone and Guinea from 2008 to 2011. Aside from serving as an ambassador, Jain has worked in other diplomatic positions, including as the Deputy Chief of Mission in Rome, political counsellor in the United States, and at the permanent delegation of India to UNESCO in Paris.

The Ministry of Foreign Affairs, abbreviated KLN, is a ministry of the Government of Malaysia that is responsible for foreign affairs, Malaysian diaspora, foreigners in Malaysia, diplomacy, foreign relations, counter terrorism, bilateral affairs, multilateral affairs, ASEAN, international protocol, consular services, maritime affairs, chemical weapons. The current ministry is based in Putrajaya. The Ministry of Foreign Affairs Malaysia is also widely known as Wisma Putra, which is also the name of its building in Putrajaya.

Ruchira Kamboj is an Indian diplomat from the Indian Foreign Service, 1987 batch and India's current Ambassador to the Kingdom of Bhutan. She has previously served as High Commissioner of India to South Africa and Ambassador/Permanent Representative of India to UNESCO, Paris. She was the All India women's topper of the 1987 Civil Services batch and the topper of the 1987 Foreign Service batch. Ruchira Kamboj is the first female Ambassador of India to the Kingdom of Bhutan. 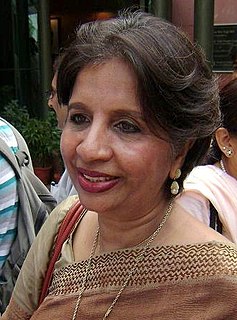 Nirupama Menon Rao is a retired civil servant of 1973 batch Indian Foreign Service cadre who served as India's Foreign Secretary from 2009 to 2011, as well as being India's Ambassador to the United States, China and Sri Lanka during her career.

The Foreign Secretary of India is the top diplomat of India and administrative head of the Ministry of External Affairs. This post is generally held by an IFS officer of the rank of Secretary to Government of India. The current and 33rd Foreign Secretary is Harsh Vardhan Shringla who took charge on January 29, 2020. Shringla is a 1984 batch IFS. He previously served as India's envoy to the United States, Bangladesh and Thailand.

Subrahmanyam Jaishankar is an Indian diplomat and politician who is the current Minister of External Affairs of the Government of India since 31 May 2019. He is a member of the Bharatiya Janata Party and is a Member of Parliament in the Rajya Sabha since 5 July 2019, representing Gujarat. He has previously served as the Foreign Secretary from January 2015 to January 2018.

Syed Akbaruddin is a retired Indian civil servant from 1985 batch of the Indian Foreign Service and served as India's permanent representative at the United Nations at New York from January 2016 to April 2020. He had previously served as official spokesperson of India's Ministry of External Affairs from 2011 to 2015 and was Indian representative at IAEA from 2006 to 2011. 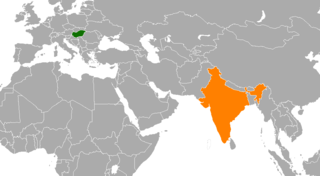 Ajay Bisaria is an Indian career diplomat in the Indian Foreign Service. Since 2020, he has served as the High Commissioner of India to Canada. Previously, he served as High Commissioner of India to Pakistan from 12 December 2017 – 31 August 2019. Prior to joining the diplomatic service, Bisaria worked briefly with the American Express Bank and Bharat Heavy Electricals Limited in Delhi.

Harsh Vardhan Shringla is an Indian Foreign Service Officer serving as the 33rd and current Foreign Secretary of India, since 29 January 2020. He previously served as the Ambassador of India to the United States of America, High Commissioner to Bangladesh and Ambassador to Thailand.