Ministry of Finance of Serbia Building

It is the work of Russian architect Nikolaj Petrovič Krasnov, [1] the most important representative of the academic historicism in the Serbian interwar architecture. [2] Due to the importance that the building has as an anthological work of Belgrade academic interwar architecture, it represents the immovable cultural property as the cultural monument. [3] The building was constructed between 1926 and 1928, after the design by the architect Nikolay Krasnov, [4] as the author of the original design of the building, and the later addition of the third floor from 1938.

The building is conceived as the monumental object at the crossroads of the busy Knez Miloš Street and Nemanjina Street. It has the square-shaped basis with the spacious inner courtyard. The interior was designed according to its purpose. The exquisite artistry of the facades reflects in the richness of the decorative architectural plastic, a number of details, studied ratio between the masses. The dynamic facades, designed in the style of аcademism, have massive pilasters, between the first and the second floor windows. The most luxurious is the corner part of the building, where the vertical effect is underlined by the dome with the bronze sculpture on its top – the personification of Yugoslavia. This sculpture, as well as other free standing sculptures on the facades of the building, Fertility with cornucopia, Crafts, Industry and Mercury were the works of a sculptor Đorđe Jovanović. [5] The choice of motifs and the symbols of the facade sculptures was determined by the institution located in the building. The symbolism of the motifs was determined by the activity of the institution the object was initially intended for. The Ministry of Finance of the Kingdom of Yugoslavia Building was designated as the cultural property.

In NATO aggresion 1999. building of Government of Serbia was bombed and badly damaged.

Today, this building is a site of the Government of Serbia.

Ilija M. Kolarac Endowment, also known as the Kolarac People's University Building, is at 5 Students' Square in the heart of Belgrade. The building is a monument of a great cultural and historical importance and as such was declared as the immovable cultural property. 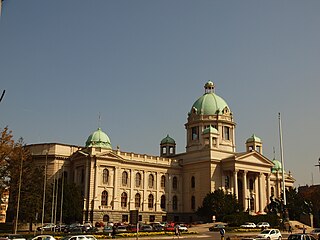 Memorial Ossuary Mačkov kamen is a memorial monument located near Krupanj, Serbia, which stands on the mountain Jagodnja at an elevation of 923 m. The remains of fallen soldiers from the First World War are stored inside. 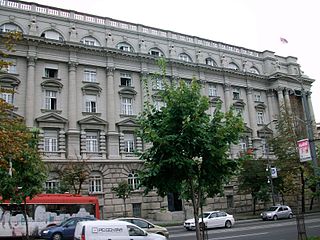 The Army Headquarters Building, also known as the Stone Palace and the Baumgarten's Palace, is located in Serbia, in Belgrade at 33 Kneza Miloša street. It was built in the period from 1924 to 1928 after the design of the architect, Russian immigrant, Vasily Wilhelm Baumgarten. This monumental and decorative building represents one of the best examples of public buildings erected in Belgrade in the period between two World Wars in the style of academism. After the Second World War in the time of the Socialist Federal Republic of Yugoslavia, it was the used as the headquarters of the Yugoslav People's Army. Since 1984 the building has been under the protection of the country and has the status of cultural monument. 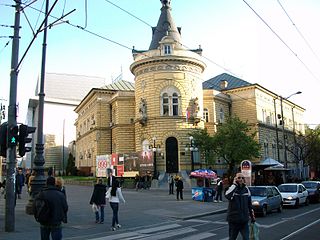 The Officers' Club in Belgrade, is situated at 48 Kralja Milana Street and as the memorial of the development of Belgrade at the end of the 19th century it has the status of a cultural monument.

The photographic studio of Milan Jovanović was constructed in 1903 as the first and so far the only structure built for the purpose of taking and developing photographs.

The Realka High School Building is located at the corner of 14 Uzun Mirkova Street and Tadeuša Košćuška Street, built between 1835 and 1840 in the style of classicism, most probably after the design of Franc Janke. Its social and historical value lies in the importance it had as the school building which attended and in which taught many important persons of 19th century Serbia: the teachers Stevan Todorović, Todor Mijušković, Petar Ubavkić, Mihajlo Valtrović, Đorđe Krstić, and students Kosta Glavinić, Milan Kapetanović, Svetozar Jovanović, Milorad Ruvidić, Danilo Vladisavljević, Nikola Nestorović...The building was named after the Belgrade Realka, located in it for a long time. The oldest preserved building in Belgrade was built in European style and is a unique example of classicism. 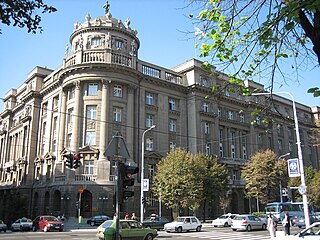 Jovan Cvijić's house is situated in Belgrade, in 5 Jelena Ćetković Street. The house was built in 1905, on the site of the former garden of Мitropolit Mihailo of Belgrade, which in 1907 was transformed into the square. A couple of years later, more precisely in 1924, the square was named Коpitareva gradina, after the famous Slavist and linguist, Јеrnej Kopitar. Many important figures of that time used to build their houses in this area: a sculptor Petar Pavličanin, a doctor and a writer Laza Lazarević, an architect Milan Antonović.

Krsmanović's House, situated at 34 Terazije Street in Belgrade, was built in 1885 for a merchant. In 1918, it became the house of Alexander Karađorđević, Prince Regent of Yugoslavia and was used as a theatre before it became public property after World War II. It has served as the Protocol building of the Ministry of Foreign Affairs. The Academic art house is considered among the best designs of the architect Jovan Ilkić. 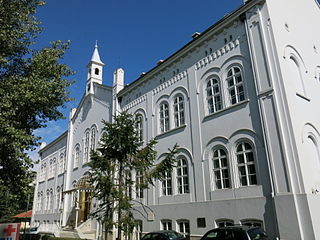 The First Town Hospital was built in Belgrade, the capital of Serbia in 1868. The construction was initiated by the ruling prince Mihailo Obrenović as the first building in Belgrade built purposely to serve as a hospital. 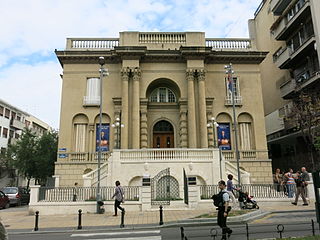 Genčić's family house in Belgrade is situated at 51 Krunska Street and represents the immovable cultural property as the cultural monument.

Main Post Office Building in Belgrade is located on the corner of Takovska Street and Boulevard of Kralj Aleksandar, close to the National Assembly, the building of the President of Serbia and the Belgrade City Assembly. It is one of the most representative buildings of the most important state institution for postal traffic and services. It was constructed in the period from 1935 to 1938 as the palace of the Post Office Savings Bank, the Main Post Office and the Main Telegraph. Since the completion of the work to date, the part of the palace from Takovska Street designed for the work of the Main Post Office has not changed its basic purpose. On the other hand, the part of the palace from King Alexander Boulevard in which the Post Office Savings Bank was located, from 1946 to September 2006, was used to house the National Bank until its relocation to a new facility on Slavija Square. Since 2003, some ministries of the Republic of Serbia were located in this building, and since 2013, it is used by the Constitutional Court of Serbia. The same year, in 2013, the Palace of the Main Post Office was declared a cultural monument.

The PRIZAD building (TANJUG) is in Belgrade, at 2 Obilićev venac. Because of its architectural and urban, cultural and historical value, the building has the status of a cultural monument.

"Artisans Club" building in Belgrade is located in Belgrade, in 2, Hilandarska Street. It was built for the needs of the Craftsmen Association. It represents an immovable cultural property as a сultural monument. 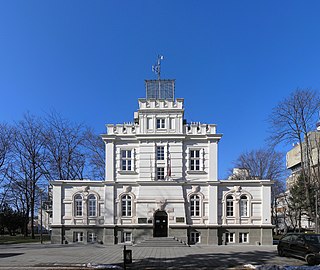 The First Serbian Observatory is located in Belgrade, in 8, Bulevar oslobođenja, and it has the status of a cultural monument of exceptional importance.

House of Leona Panajot is at 31 Francuska Street in Belgrade, in the city municipality of Stari grad. It was built in 1908, and represents immovable cultural property as a cultural monument. 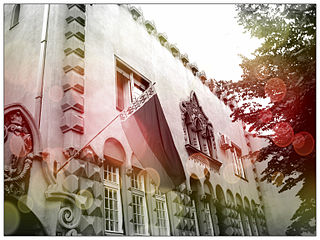 Škarka’s Villa is located at 13 Deligradska Street in Belgrade, Serbia, on Vračar slope, near Slavija Square.

Vladimir Nikolić, was a Serbian architect notable for his projects built in Vojvodina province. He mostly worked in Neo-renaissance, Neo-romanticic and Serbo-Byzantine Revival styles.