Ministry of Transport (運輸省, Un'yu-shō) was a ministry of the Japanese government.

It managed 849 public corporations before its 2001 merger. It merged into the Ministry of Land, Infrastructure, Transport and Tourism (MLIT) in January 2001. [1]

This article deals with the diplomatic affairs, foreign policy and international relations of Uruguay. At the political level, these matters are officially handled by the Ministry of Foreign Relations, also known as Cancillería, which answers to the President.

Ministry of Home Affairs was a ministry in the Japanese government that existed from July 1, 1960, to January 5, 2001, and is now part of the Ministry of Internal Affairs and Communications. The head of the ministry was a member of the Cabinet of Japan.

James Timothy Hardin was an American folk and blues musician and composer. As well releasing his own material, several of his songs, including "If I Were a Carpenter", became hits for other artists. 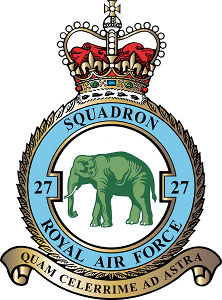 No. 27 Squadron of the Royal Air Force operates the Boeing Chinook from RAF Odiham.

The Order of the Rising Sun is a Japanese order, established in 1875 by Emperor Meiji. The Order was the first national decoration awarded by the Japanese government, created on 10 April 1875 by decree of the Council of State. The badge features rays of sunlight from the rising sun. The design of the Rising Sun symbolizes energy as powerful as the rising sun in parallel with the "rising sun" concept of Japan. 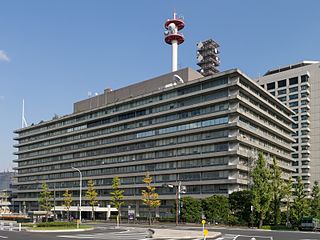 This page lists the number of book titles published per country per year from various sources. According to UNESCO, this is an important index of standard of living, education, and of a country's self-awareness. No standardised way to track the number of books published exists which can make it difficult to compare countries or track the industry as a whole. One method is to track how many International Standard Book Numbers (ISBNs) are registered by each country.

The Kawasaki C-2 is a mid-size, twin-turbofan engine, long range, high speed military transport aircraft developed and manufactured by Kawasaki Aerospace Company. In June 2016, the C-2 formally entered service with the Japan Air Self-Defense Force (JASDF). There are ongoing efforts to sell it overseas to countries such as New Zealand and the United Arab Emirates. The aircraft is to supplant and replace the older Kawasaki C-1 turbofan transport that has been in service since the 1970s.

Crime in the Maldives ranks from low to moderate, but crime rates in the country have increased significantly in recent years. Incidents of theft on beaches or in hotels do occur. Juvenile delinquency is a growing problem in the Maldives. According to the data available from the Ministry of Defence and National Security, there has been an increase in petty crime in the country. In 1992, 169 cases of petty crime were reported, while the number was 462 in 1996. The number of sentenced persons under the age of 19 also increased from 391 in 1988 to 512 in 1998. Fraud examiner Peter Lilley in his book Dirty Dealing writes that money laundering is not a significant problem in the Maldives.

The Japan Tourism Agency, JTA, is an organization which was set up on October 1, 2008 as an agency of the Ministry of Land, Infrastructure, Transport and Tourism.

The Aircraft Accidents Investigation Commission was a government agency of Japan which investigated aviation accidents and incidents. It was subordinate to the Ministry of Transport, and after January 2001 the Ministry of Land, Infrastructure, Transport and Tourism (MLIT).

Ministry of Construction was a government ministry of Japan headquartered in Kasumigaseki, Chiyoda, Tokyo.

M. Craig Barnes is an American Presbyterian clergyman and professor who serves as president of Princeton Theological Seminary.