Ministry of the Interior (Turkey)

The Ministry of the Interior (Turkish : İçişleri Bakanlığı) is a government ministry office of the Republic of Turkey, responsible for interior security affairs in Turkey.

The current Minister of the Interior is Süleyman Soylu, [1] after the resignation of his predecessor Efkan Ala on 31 August 2016. [2] [3]

Ministers of the Interior

Main article: List of Ministers of the Interior of Turkey

The Ministry of Culture and Tourism is a government ministry of the Republic of Turkey, responsible for culture and tourism affairs in Turkey. Revolving fund management of the ministry is carried by DÖSİMM. On January 25, 2013, Ömer Çelik was appointed as minister following a cabinet change succeeding Ertuğrul Günay, who was in office since 2008.

The Ministry of National Defense is a government ministry office of the Republic of Turkey, responsible for coordinating and supervising all agencies and functions of the government concerned directly with national security and the Turkish Armed Forces. It is headquartered at the Bakanlıklar in Ankara.

The Ministry of Environment and Urban Planning is a government ministry office of the Republic of Turkey, responsible for the environment, public works, and urban planning in Turkey. The ministry is headed by Murat Kurum.

The Ministry of Industry and Technology is a government ministry office of the Republic of Turkey, responsible for industrial and commercial affairs in Turkey. The ministry is headed by Mustafa Varank.

Osman Güneş, is a Turkish bureaucrat. In accordance with Article 114 of the Constitution of the Republic of Turkey, he has served as neutral Minister of Interior till the 2007 general elections.

The third cabinet of Recep Tayyip Erdogan is the government of Turkey from 2011 to 2014, during the 24th parliamentary term of the Grand National Assembly of Turkey. The cabinet succeeded the second Erdoğan cabinet following the 2011 Election. 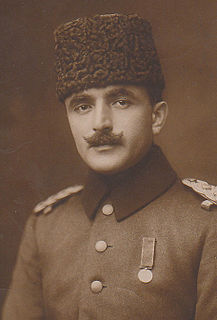 Geographical name changes in Turkey have been undertaken, periodically, in bulk from 1913 to the present by successive Turkish governments. Thousands of names within the Turkish Republic or the Ottoman Empire have lost or departed from their popular or historic alternatives in favour of recognizably Turkish names, as part of the Turkification policy. The governments have argued that such names are foreign or divisive. Names changed were usually of Armenian, Greek, Georgian, Bulgarian, Kurdish, Zazaki, Syriac, Yazidi or Arabic origin. 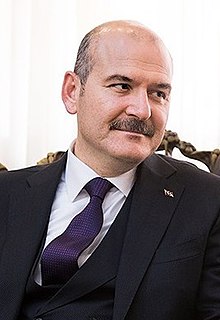 The Ministry of Youth and Sports of Turkish Republic is a governmental agency within the Cabinet of Turkey in charge of regulating activities related to sports and youth development in Turkish Republic. The ministry is headed by Mehmet Kasapoğlu. Deputy ministers are Hamza Yerlikaya and Sinan Aksu.

Efkan Ala is a Turkish politician and former civil servant who served as the Minister of the Interior from November 2015 to August 2016;. He previously held the same post from 2013 to June 2015 despite not being a member of parliament at the time. He served as Governor of Batman from 2003 to 2004, as Governor of Diyarbakır from 2004 to 2007, and as Undersecretary to the Prime Minister from 2007 to 2013. 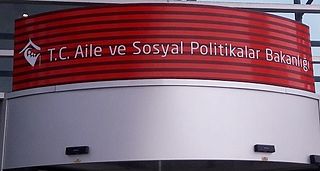 Sebahattin Öztürk is a Turkish politician, civil servant and bureaucrat who served as the Minister of the Interior of Turkey between March and August 2015. Previously the Undersecretary to the Interior Ministry since 2014, he took over as Minister from Justice and Development Party politician Efkan Ala three months prior to the June 2015 general election, as required by Article 114 of the Turkish Constitution. He is, formally, of no political affiliation.

Kenan İpek is a Turkish legal prosecutor and judge who served as the Minister of Justice of Turkey from 7 March to 17 November 2015. Having previously served as the Undersecretary to the Justice Ministry, İpek succeeded the Justice and Development Party minister Bekir Bozdağ as the Minister of Justice in accordance to Article 114 of the Turkish Constitution three months before the June 2015 general election. He is, formally, of no political affiliation, and concurrently served as the President of the Supreme Board of Judges and Prosecutors during his time as Minister.

Feridun Bilgin is a Turkish civil servant and politician who served as the Minister of Transport, Maritime and Communication of Turkey from 7 March to 17 November 2015. Formerly the Undersecretary to the Ministry, Bilgin took over from the Justice and Development Party minister Lütfi Elvan as required by Article 114 of the Turkish constitution. He was one of the founders of the newly founded Future Party in 2019.

Ayşen Gürcan is a Turkish academic and bureaucrat who served as the Minister of Family and Social Policy in the interim election government formed by Prime Minister Ahmet Davutoğlu from 28 August to 17 November 2015. She is the first government minister in Turkey to wear a headscarf.

Selami Altınok is a Turkish civil servant who served as the Minister of the Interior in the interim election government formed by Prime Minister Ahmet Davutoğlu between 28 August and 17 November 2015. He previously served as the 10th Governor of Aksaray from 2012 to 2014 and was appointed as the General Director of Security in İstanbul on 16 December 2013. He is also a former Kaymakam (sub-governor).

Naci Ağbal is a Turkish politician and former civil servant from the Justice and Development Party (AKP) who currently serves as the Minister of Finance as of 24 November 2015. He has been the Member of Parliament for the electoral district of Bayburt since the June 2015 general election. He previously served as the Undersecretary to the Ministry of Finance between 2009 and 2015, resigning in order to contest the election.

The 2019–20 coronavirus pandemic was confirmed to have spread to Turkey when its first case was officially confirmed on 11 March 2020 (UTC+03:00). The first death due to coronavirus disease in the country occurred on 17 March 2020. On 23 March 2020, the Minister of Health Fahrettin Koca announced that cases of coronavirus had spread all over Turkey.

This article documents the timeline of COVID-19 in Turkey.