The Mirdasid dynasty (Arabic : المرداسيون‎, romanized: al-Mirdāsiyyīn), also called the Banu Mirdas, was an Arab dynasty that controlled the Emirate of Aleppo more or less continuously from 1024 until 1080.

The Mirdasids were members of the Banu Kilab, [1] an Arab tribe that had been present in northern Syria for several centuries. Like the other Arab tribes of the region, the Mirdasids were Shi'a Muslims. Such Arab tribes were susceptible to the propaganda of the Qarmatians, who denounced the wealth of the urban Sunni population. As a result, they were given to Shia sympathies. [2] However, as a result of the expansion of the Seljuk Turks into the area they were constrained to convert to Sunni Islam under Rashid al-Dawla Mahmud.

Unlike other Arab tribes of Syrian province that managed to establish their autonomy or independence in the late 10th/early 11th centuries, the Mirdasids focused their energies on urban development. As a result, Aleppo prospered during their reign. The Mirdasids demonstrated a high degree of tolerance to Christians, favoring Christian merchants in their territories and employing several as viziers. This policy, no doubt influenced by comparatively good relations with the Christian Byzantine Empire, often upset the Muslim population.

Militarily, the Mirdasids had the advantage of light Arab cavalry, and several Arab groups in the region, such as the Numayrids of Harran and their own Kilabi brethren, provided valuable assistance. Later on, the Seljuks supplanted the Byzantines and Fatimids as their primary antagonist; the Turks' light cavalry was superior to their own and the Mirdasids had a much more difficult time dealing with them. The Mirdasids had resorted to recruiting Turkic mercenaries into their armies, although this caused its own problems, as the Turks began to acquire an increased role in the government.

After the overthrow of the Hamdanids in 1004, Aleppo had been ruled by several princes nominally subordinate to the Fatimids. It was from these individuals that Salih ibn Mirdas took the town in 1024. [1] When he died fighting the Fatimids five years later, his two sons Shibl al-Daula Nasr and Mu'izz al-Daula Thimal succeeded him, although Nasr quickly became sole amir. Despite a victory over the Byzantines in Azaz in 1030, [1] in the next year he became a Byzantine vassal. Later he transferred his allegiance to the Fatimids. However, the Fatimid governor of Damascus, Anushtakin al-Dizbari, killed Nasr in battle and took Aleppo 1038.

Nasr's brother Thimal managed to recover Aleppo in 1042 and eventually made peace with the Fatimids. He was a vassal of both the Byzantine Emperor and Fatimid Caliph. Troubles with the Kilab, however, caused him to give up Aleppo to the Fatimids in exchange for several coastal towns. The Kilab threw their support behind Thimal's nephew Rashid al-Daula Mahmud, who took Aleppo in 1060. Thimal returned and in 1061 regained Aleppo from Mahmud, but died a year later.

After Thimal's death a succession dispute emerged between Mahmud and Thimal's brother 'Atiyya ibn Salih, leading to a split in the Mirdasid domains. Mahmud controlled the western half, while 'Atiyya controlled the east. In order to gain an edge over Mahmud, 'Atiyya recruited a band of Turks, but they later defected to Mahmud, forcing 'Atiyya to give up Aleppo in 1065.

The Turks began moving into northern Syria in greater numbers, forcing Mahmud to convert to Sunni Islam and become a vassal of the Seljuk sultan. Mahmud's death in 1075, followed by that of his son and successor Nasr ibn Mahmud in 1076, resulted in Nasr's brother Sabiq ibn Mahmud becoming amir. Conflicts between him and members of his family, along with several different Turkish groups, left the Mirdasid domains devastated, and in 1080, prompted by Sabiq, the Uqailid Sharaf al-Daula Muslim took over Aleppo. The Mirdasids maintained a level of influence in the region after the loss of Aleppo, and attempted to stem the advance of the First Crusade.

According to the Sharafnama, [9] the Kurdish Mirdasi dynasty, ruling Eğil, Palu and Çermik, took its name from the Mirdasids. Part of the Mirdasids had fled to this region after Salih ibn Mirdas had been killed in 1029. The ruling dynasty allegedly commenced in the early 11th century, when a mystic by the name of Pir Mansour travelled from Hakkari to the village of Pîran, close to the fortress of Egil. He attained widespread fame among the local Kurds and Mirdasids, and his son, Pir Bedir took the fortress of Egil by force and initiated the dynasty's rule over the region. [10] 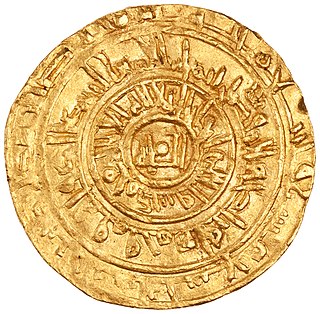 Abu Ali Salih ibn Mirdas, also known by his laqabAsad al-Dawla, was the founder of the Mirdasid dynasty and emir of Aleppo from 1025 until his death in May 1029. At its peak, his emirate (principality) encompassed much of the western Jazira, northern Syria and several central Syrian towns. With occasional interruption, Salih's descendants ruled Aleppo for the next five decades. 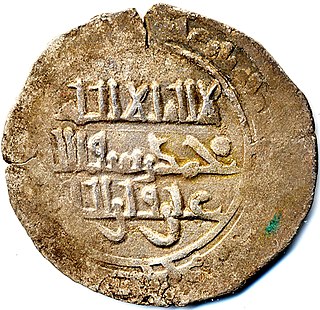 Abu Kamil Nasr ibn Salih ibn Mirdas, also known by his laqab of Shibl al-Dawla, was the second Mirdasid emir of Aleppo, ruling between 1029/30 until his death. He was the eldest son of Salih ibn Mirdas, founder of the Mirdasid dynasty. Nasr fought alongside his father in the battle of al-Uqhuwanah near Tiberias, where Salih was killed by a Fatimid army led by Anushtakin al-Dizbari. Afterward, Nasr ruled the emirate jointly with his brother Thimal. The young emirs soon faced a large scale Byzantine offensive led by Emperor Romanos III. Commanding a much smaller force of Bedouin horsemen, Nasr routed the Byzantines at the Battle of Azaz. 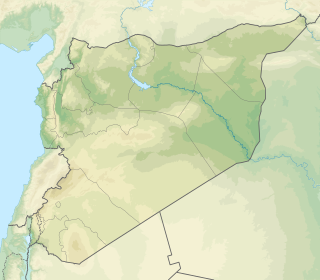 The Battle of Azaz was an engagement fought in August 1030 near the Syrian town of Azaz between the Byzantine army, led by Emperor Romanos III Argyros in person, and the forces of the Mirdasid Emirate of Aleppo, likewise under the personal command of Emir Shibl al-Dawla Nasr. The Mirdasids defeated the much larger Byzantine army and took great booty, even though they were eventually unable to capitalise on their victory.

The Banu Kilab was an Arab tribe that dominated central Arabia during the late pre-Islamic era. It was a major branch of the Banu Amir ibn Sa'sa' tribe and was thus of Qaysi lineage. During and after the Muslim conquest of Syria, Kilabi tribesmen migrated to northern Syria. Their chieftain Zufar ibn al-Harith al-Kilabi led the Qaysi revolt against the Umayyad Caliphate until he secured peace with the latter in 691. 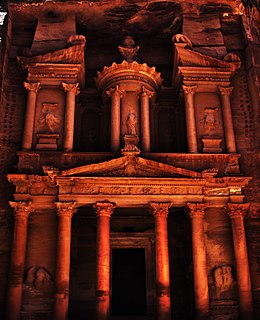 The Jarrahids were an Arab dynasty that intermittently ruled Palestine and controlled Transjordan and northern Arabia in the late 10th and early 11th centuries. They were described by historian Marius Canard (1888–1982) as a significant player in the Byzantine–Fatimid wars in Syria who "created for themselves, in their own best interests, a rule of duplicity, treason and pillage". They were the ruling family of the Tayy tribe, one of the three powerful tribes of Syria at the time; the other two were Kalb and Kilab.

Sharaf al-Maʿālī Abu Manṣūr Anūshtakīn al-Dizbarī was a Fatimid statesman and general who became the most powerful Fatimid governor of Syria. Under his Damascus-based governorship, all of Syria was united under a single Fatimid authority. The historians of his day, including Ibn al-Qalanisi and Ibn al-Adim, noted Anushtakin's wealth, just rule and fair treatment of the population, with whom he was popular. 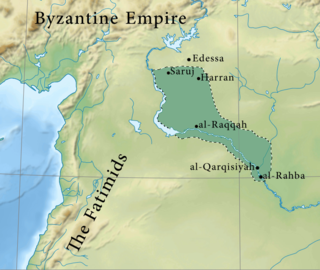 The Numayrids were an Arab dynasty based in Diyar Mudar. They were emirs (princes) of their namesake tribe, the Banu Numayr. The senior branch of the dynasty, founded by Waththab ibn Sabiq in 990, ruled the Euphrates cities of Harran, Saruj and Raqqa more or less continuously until the late 11th century. In the early part of Waththab's reign, the Numayrids also controlled Edessa until the Byzantines conquered it in the early 1030s. In 1062, the Numayrids lost Raqqa to their distant kinsmen and erstwhile allies, the Mirdasids, while by 1081, their capital Harran and nearby Saruj were conquered by the Turkish Seljuks and their Arab Uqaylid allies. Numayrid emirs continued to hold isolated fortresses in Upper Mesopotamia, such as Qal'at an-Najm and Sinn Ibn Utayr near Samosata until the early 12th century, but nothing is heard of them after 1120.

Abūʾl Nasr Manṣūr ibn Luʾluʾ, also known by his laqab of Murtaḍā al-Dawla, was the ruler of the Emirate of Aleppo between 1008 and 1016. He succeeded his father Lu'lu' al-Kabir, with whom he had shared power. Unlike Lu'lu', however, Mansur's rule was opposed by Aleppo's notables, who chafed at his oppression and monopolization of power. Both Mansur and his father harassed the remaining members of the Hamdanid dynasty, in whose name they ostensibly ruled. On the diplomatic front, Mansur balanced ties with both the Byzantine Empire and the Fatimid Caliphate, and maintained the emirate's Shia Muslim orientation.

Muqallid ibn Kamil ibn Mirdas was a member of the Mirdasid dynasty, a commander of the Banu Kilab and at times served as governor of the Aleppo Citadel and the Mirdasids' envoy to the Byzantines and Fatimids.

Abū'l-Faḍl Rifq al-Khādim was a black African eunuch in the court of the Fatimid caliph al-Mustansir and a commander of the Fatimid army. In 1024, during the reign of Caliph al-Zahir, Rifq led policing expeditions in the Egyptian countryside, earning him a reputation of loyalty. In 1049, he was appointed governor of Damascus in place of Nasir al-Dawla al-Hamdani, and headed a 30,000-strong expedition to assert Fatimid control over Aleppo, then held by the Mirdasid emir Thimal ibn Salih. His army consisted of Berbers, Turks, black Africans and, after it entered Syria, local Bedouin tribes. These diverse and often antagonistic factions quarreled frequently, weakening Rifq's army. After initial clashes with Thimal's troops outside Aleppo, many Bedouin defected and Rifq's officers ultimately deserted him for refusing their counsel. Rifq was captured, received a head injury and died in Mirdasid custody.

The Banu Munqidh, also referred to as the Munqidhites, were an Arab family that ruled an emirate in the Orontes Valley in northern Syria from the mid-11th century until the family's demise in an earthquake in 1157. The emirate was initially based in Kafartab before the Banu Munqidh took over the fortress of Shayzar in 1081 and made it their headquarters for the remainder of their rule. The capture of Shayzar was the culmination of a long, drawn out process beginning with the Banu Munqidh's nominal assignment to the land by the Mirdasid emir of Aleppo in 1025, and accelerating with the weakened grip of Byzantine rule in northern Syria in the 1070s.

Asad al-Dawla Abū Dhūʿaba ʿAṭiyya ibn Ṣāliḥ was the Mirdasid emir of Aleppo in 1062–1065. Prior to his assumption of the emirate in Aleppo, he had been the Mirdasid emir of al-Rahba from 1060. He continued as the emir of al-Rahba and the eastern portion of the Mirdasid realm after losing Aleppo to his nephew Mahmud ibn Nasr. He lost al-Rahba in 1070. He entered Byzantine protection afterward and launched a failed assault against Mahmud’s territories before his death in Constantinople.

Makīn al-Dawla al-Ḥasan ibn ʿAlī ibn Mulhim ibn Dīnār al-ʿUqaylī was a Fatimid general who led the Fatimid reconquest of Ifriqiya and expeditions in Syria. He served as the governor of Aleppo in 1058–1060 and military governor of Jund al-Urdunn in 1062.

Hārūn ibn Malik al-Turk, better known as Ibn Khān, was the leader of the first recorded group of free Turkmen troops to enter Syria. Previous groups of Turks that had been present in Syria were slave soldiers and pages and their descendants. Ibn Khan had been invited to Syria to bolster the Mirdasid emir of Aleppo, Atiyya ibn Salih, against his nephew and rival claimant to the emirate, Mahmud ibn Nasr, in 1064.