Žeravica was born in Split, where he started his swimming career. He later moved to Zagreb.

His greatest success was winning the 1999 European short course gold in 50 m backstroke, ahead of his compatriot Tomislav Karlo.

As of 2015 [update] , Žeravica is head coach of Galatasaray SK swimming in Istanbul.

Krešimir "Krešo" Ćosić was a Croatian professional basketball player and coach. He was a collegiate All-American at Brigham Young University.

Perica Bukić is a Croatian former professional water polo player and politician. He represented Yugoslavia at the 1984 and 1988 Summer Olympics.

Duje Draganja is a retired Croatian swimmer who won the silver medal in men's 50 metres freestyle race at the 2004 Summer Olympics in Athens, Greece.

Gordan Kožulj is a former backstroke swimmer from Croatia. During his sporting career, Gordan achieved numerous successes some of them are: US (1998), Europe and World (2000) swimming championship titles, and breaking European and World short course swimming records. More specifically, at the 2003 World Aquatics Championships he won a silver medal in 200 m backstroke. In 2000 in Athens he became a world champion in 200 m backstroke . In 1999 he won two silver medals at the European Championships in Istanbul, Turkey. Later on, in 2000 and 2002 he became a European champion in 200 m backstroke. Furthermore, Gordan competed in four consecutive Summer Olympics for his native country, starting in Atlanta 1996 and followed by Sydney 2000, Athens 2004 and Beijing 2008.

Marko Maksimović is a Bosnian Serb football manager and former player who is currently in charge of Second League of the Republika Srpska club FK Jedinstvo Žeravica.

Miloš ("Mićo") Milošević is a swimmer from Croatia. His best swimming discipline was butterfly stroke, but he also competed in freestyle and backstroke.

Ranko Žeravica was a Serbian professional basketball coach. With a career that spanned over 50 years, he is most noted for his work with the senior Yugoslav national team, during the 1960s, 1970s, and early 1980s. In particular, Žeravica's single biggest achievement was guiding the country to its first ever major competition win — a gold medal on home soil, at the 1970 FIBA World Championship — leading to a huge expansion of the game of basketball throughout Yugoslavia.

Dominik Straga is a Croatian swimmer, who specialized in freestyle and butterfly events. He represented his nation Croatia at the 2008 Summer Olympics and has claimed multiple Croatian championship titles and three national records in the long and short course freestyle, and butterfly. He also won two bronze medals in the same stroke at the 2006 European Junior Swimming Championships in Palma de Mallorca, Spain, with respective times of 24.62 and 54.51.

Alexei Puninski is a Russian-born Croatian swimmer, who specialized in freestyle and butterfly events. He represented his nation Croatia at the 2008 Summer Olympics, and has claimed multiple Croatian championship titles and national records in both the freestyle and butterfly. He has also won a career total of three medals in a major international competition, spanning the European Junior Championships and European Short Course Championships in Helsinki, Finland, with respective times of 24.57 and 23.21.

Žeravica is a Serbo-Croatian surname, meaning "ember" or "live coal". It may refer to:

Grujica Žeravica was a Serb hajduk commander active in the Ottoman territories of Herzegovina and southern Dalmatia during the Venetian–Ottoman war (1645–69). The hajduks, Ottoman subjects, crossed into Venetian territory from where they "jumped into" Ottoman territory. These guerilla forces closely cooperated and were recruited by the Republic of Venice to defend the Venetian–Ottoman frontier during the war. He was a comrade of acclaimed Bajo Pivljanin. 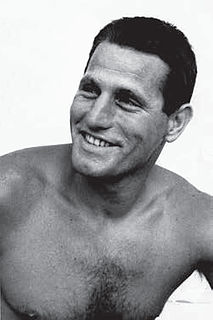 Zlatko Šimenc is a retired Croatian water polo player and coach (1969-1975) of Slovenian origin. He was part of the Yugoslav teams that won a silver medal at the 1964 Olympics and placed fourth in 1960. He won three more medals at the European championships in 1958–1966.

Boris Savić is a Bosnian professional football manager and former player who is the manager of First League of RS club Rudar Prijedor.