Mischa Spoliansky (28 December 1898 – 28 June 1985) was a Russian-born composer who made his name writing cabaret and revue songs in the Weimar Republic of the 1920s and early 1930s, before he was forced to emigrate to London in 1933 when Hitler rose to power. He stayed in Britain for the rest of his life, re-inventing himself as a composer of film scores. [1]

Spoliansky was born into a Jewish, musical family in Białystok, then part of the Belostok Oblast of the Russian Empire. His father was an opera singer and his sister would later become a pianist and his brother Alexander was a cellist. After the birth of Mischa the family moved to Warsaw, and later Kalisz. After the early death of his mother, the family moved to Vienna. [1]

Spoliansky's early musical education in piano, violin and cello began at the age of five and was continued in Dresden under Professor Mark Guensberg. He made his public debut aged 10. Shortly thereafter, his father died and Spoliansky moved to Königsberg (Prussia) where he had relatives. In 1914 however as a result of the war he had to flee to Berlin, where his brother worked as a cellist and his sister Lisa, a pianist, began studies with Artur Schnabel. [2]

Spoliansky worked in a coffeehouse as a pianist in order to continue his musical education at the Stern'sches Konservatorium. Spoliansky's first compositions were played by the UFA-Filmtheaterorchester in Friedrichstraße. In addition he worked as a composer and pianist in a pit orchestra (where Marlene Dietrich played in the second violins) [3] and in a Russian émigré cabaret. There Friedrich Hollaender and Werner Richard Heymann heard him and invited him to write and play for the literary cabaret Schall und Rauch  [ de ] in the basement of the Großes Schauspielhaus, which Max Reinhardt had founded in 1919. Spoliansky set the texts of Kurt Tucholsky, Klabund, Joachim Ringelnatz, and accompanied stars such as Gussy Holl, Paul O'Montis, Rosa Valetti and Trude Hesterberg.

In 1920 under the pseudonym "Arno Billing" he composed the melody for the first homosexual anthem called Das lila Lied , (The Lavender Song) which he dedicated to Magnus Hirschfeld, the sexologist who attracted the young Christopher Isherwood to Berlin a decade later. [4] It was published with other texts such as "Sei meine Frau für vierundzwanzig Stunden".

In 1922 he met the poet Marcellus Schiffer and the diseuse Margo Lion. He married the dancer Elsbeth (Eddy) Reinwald in the same year. In 1927 Spoliansky accompanied Richard Tauber in a recording of 12 songs from Schubert's Winterreise , having recorded an album of 12 German folk-songs with the tenor in the previous year.

On May 15, 1928, the musical revue Es liegt in der Luft  [ de ] opened at the Komödie am Kurfürstendamm, Berlin, with music by Spoliansky and lyrics by Marcellus Schiffer. Viktor Rotthaler has described it as "the first attempt at a German language musical. [5] The music draws on influences from American jazz and Argentine tango now characteristic of the cabaret music of Berlin in the 1920s. [6] Marlene Dietrich was in the cast. One year later Dietrich would be "discovered" in Spoliansky's revue Zwei Krawatten (text by Georg Kaiser) by Josef von Sternberg, who was searching for the leading actress for The Blue Angel .

Emigration to London and film work

When Hitler came to power in 1933, Spoliansky, like all Jewish artists in Germany, was no longer allowed to work in the now "Aryan" entertainment business. He was forced to emigrate to London, where he began a second career as a film composer. He was taken under the wing of the expatriate film community, as well as British producers and directors, such as Alfred Hitchcock, who had made films in Berlin in what had been, until Hitler's rule, the international centre for film production. Spoliansky's naturalisation as a British national succeeded in large part thanks to Schlager "Heute Nacht oder nie" from the film Das Lied einer Nacht (1932), which made Spoliansky world-renowned.

In 1935, he was hired by Zoltan Korda to compose the music for Sanders of the River , which was being shot on location in Nigeria. This included songs that were meant to be "authentic" Nigerian music, performed by star Paul Robeson, and the local Nigerian cast members and extras, but they were composed in London by Spoliansky. Many years later, Korda was delighted to discover, in a remote river in the Congo, Spoliansky's theme song for the film being sung by Congolese fishermen as they paddled their boats upriver. Spoliansky had never been to Africa, but his work was so authentic that it became, in a sense, genuinely authentic. [7]

Sanders of the River began a collaboration with Robeson. Among his very best songs were the four that he wrote for Robeson featured in Sanders of the River in 1935 ("The Canoe Song", "Love Song", "Congo Lullabye" and "The Killing Song") and King Solomon's Mines in 1937 ("Ho, Ho" and "Climbing Up!"). Another of his songs was performed by Elisabeth Welch in 1937 ("Red Hot Annabelle"). Other film successes included "Dedication" (the theme from Idol of Paris ), the music for The Happiest Days of Your Life and "The Melba Waltz (Dream Time)" from Melba . He also continued writing for the theatre: the musical Who's Taking Liberty? ran for 59 performance at the Whitehall Theatre in 1939. [8] In 1943, Spoliansky gave a recital of his own film music in London. [9]

In 1950, Hitchcock remembered Spoliansky, and hired him to write the song "Love Is Lyrical (Whisper Sweet Little Nothing to Me)", performed by Marlene Dietrich in the film Stage Fright . In later years he composed scores for films such as Trouble in Store (1953), Saint Joan (1957), The Whole Truth (1958), North West Frontier (1959), The Battle of the Villa Fiorita (1965), The Best House in London (1969) and Hitler: The Last Ten Days (1973), on which he clearly had a personal perspective.

Post-war revues in London include One, Two, Three (1947) and Four, Five, Six (1948), both at the Duke of York's Theatre and both starring Binnie Hale. In the 1950s and 1960s Spoliansky attempted to re-introduce the German public to the musical, first with Katharina Knie (1957) in Munich – based on a circus story and dealing with themes of vagrant life and settledness – and then with Wie lernt man Liebe (1967), also in Munich, at the Cuvilliés-Theater. These met with little success, probably due to anti-American sentiment in Germany at the time. [10] Spoliansky returned to Berlin in 1977 to appear at a gala in the Renaissance Theatre, and made several return visits over the next few years. [11]

He was also a composer of concert works, such as his Symphony in Five Movements, composed over a long period between 1941 and 1969. [12] This work, along with his orchestral jazz piece Boogie (1958) and the overture to his last stage show My Husband and I (aka Wie lernt man Liebe) were recorded by the Liepāja Symphony Orchestra conducted by Paul Mann, in 2022. [13] There are also some small piano pieces. [1]

In 1976, Spoliansky was interviewed for the American documentary Memories of Berlin: The Twilight of Weimar Culture . He remained Dietrich's regular confident right up until his death in London in 1985 at the age of 87. [14]

Since his death, his works have occasionally been produced in theatres. For example, the 1932 cabaret opera Rufen Sie Herrn Plim (as Send for Mr Plin) had a successful production at the Battersea Arts Centre in 1999, transferring to Covent Garden the following year. In the 2004/2005 season Zwei Krawatten was produced in Dortmund, and Rufen Sie Herrn Plim in the Städtischen Bühnen Münster (2002/2003) and later in a theatre in Kassel. All Spoliansky archives are held in the Akademie der Künste, Berlin.

Renée Marcelle "Zizi" Jeanmaire was a French ballet dancer, actress and singer. She became famous in the 1950s after playing the title role in the ballet Carmen, produced in London in 1949, and went on to appear in several Hollywood films and Paris revues. She was the wife of dancer and choreographer Roland Petit, who created ballets and revues for her.

Nacht und Träume is a lied for voice and piano by Franz Schubert, from a text by Matthäus von Collin, and published in 1825. In Otto Erich Deutsch's catalogue of Schubert's works, it is D. 827. 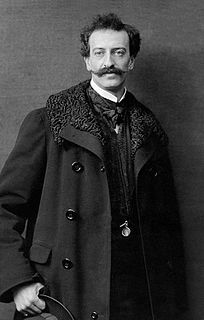 Oscar Nathan Straus was a Viennese composer of operettas, film scores, and songs. He also wrote about 500 cabaret songs, chamber music, and orchestral and choral works. His original name was actually Strauss, but for professional purposes he deliberately omitted the final 's'. He wished not to be associated with the musical Strauss family of Vienna. However, he did follow the advice of Johann Strauss II in 1898 about abandoning the prospective lure of writing waltzes for the more lucrative business of writing for the theatre. 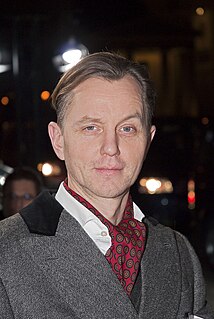 Max Raabe is a German jazz singer. He is best known as the founder and leader of the Palast Orchester. 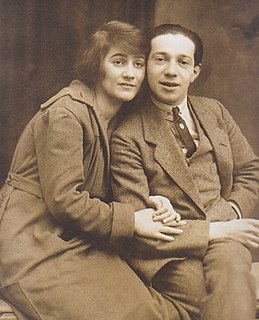 Friedrich Hollaender was a German film composer and author.

Marianne Rosenberg is a German Schlager music singer and songwriter.

Walter Kollo was a German composer of operettas, Possen mit Gesang, and Singspiele as well as popular songs. He was also a conductor and a music publisher.

Nicholas "Slug" Brodszky was a composer of popular songs for the theatre and for films. 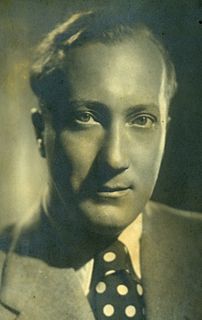 Bruno Balz was a German songwriter and schlager writer. 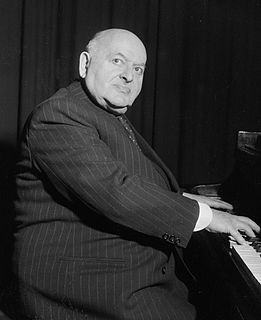 Rudolf Nelson was a German composer of hit songs, film music, operetta and vaudeville, and the founder and director of the Nelson Revue, a significant cabaret troupe on the 1930s Berlin nightlife scene. 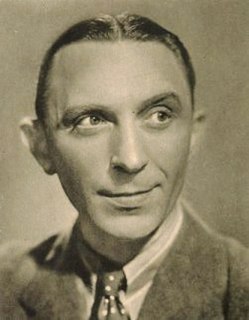 "Das lila Lied" is a German cabaret song written in 1920 with lyrics by Kurt Schwabach and music by Mischa Spoliansky and is considered one of the first gay anthems.

Hans-Otto Borgmann was a German film music composer during the Third Reich.

Peter Paul Kreuder was a German-Austrian pianist, composer and conductor. 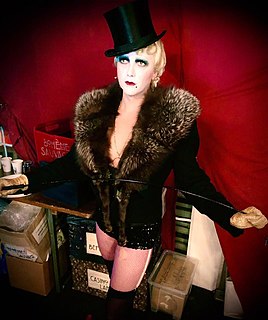 Le Pustra is an actor, singer, salonnier and kunstfigur who has performed in European cabaret and variety since 2006 but is best known as the creative director of the Weimar Cabaret inspired theatre play Le Pustra's Kabarett der Namenlosen. Le Pustra incorporates elements of Theatre, Drag and Fashion in his work and is often seen in macabre white face make-up, resembling a Weimar porcelain doll or Pierrot.

Irene Eisinger was a German and British opera singer and film actress. Her career was closely linked to the foundation and the early years of the Glyndebourne Festival Opera.

Wikimedia Commons has media related to Mischa Spoliansky .
This page is based on this Wikipedia article
Text is available under the CC BY-SA 4.0 license; additional terms may apply.
Images, videos and audio are available under their respective licenses.