Last updated June 02, 2022
Prefecture of Japan
Not to be confused with Miyazaki Prefecture.
Prefecture in Tōhoku, Japan

Sendai is the capital and largest city of Miyagi Prefecture, and the largest city in the Tōhoku region, with other major cities including Ishinomaki, Ōsaki, and Tome. [2] Miyagi Prefecture is located on Japan's eastern Pacific coast and bounded to the west by the Ōu Mountains, the longest mountain range in Japan, with 24% of its total land area being designated as Natural Parks. Miyagi Prefecture is home to Matsushima Islands, a group of islands ranked as one of the Three Views of Japan, near the town of Matsushima.

Miyagi Prefecture was formerly part of the province of Mutsu. [3]

On March 11, 2011, a 9.0 magnitude earthquake and a subsequent major tsunami hit Miyagi Prefecture, causing major damage to the area. [4] The tsunami was estimated to be approximately 10 metres (33 ft) high in Miyagi Prefecture. [5]

On April 7, 2011, a magnitude 7.4 earthquake struck off the coast of Miyagi, Japan. Workers were then evacuated from the nearby troubled Fukushima Daiichi nuclear facility once again, as a tsunami warning was issued for the coastline. Residents were told to flee for inner land at that time.

In 2013, Crown Prince Naruhito and Crown Princess Masako visited the prefecture to see the progress made since the tsunami. [6]

Miyagi Prefecture is in the central part of Tōhoku, facing the Pacific Ocean, and contains Tōhoku's largest city, Sendai. There are high mountains on the west and along the northeast coast, but the central plain around Sendai is fairly large.

Matsushima is known as one of the three most scenic views of Japan, with a bay full of 260 small islands covered in pine groves.

Oshika Peninsula projects from the northern coastline of the prefecture.

See also: List of cities in Miyagi Prefecture by population

Although Miyagi has a good deal of fishing and agriculture, producing a great deal of rice and livestock, it is dominated by the manufacturing industries around Sendai, particularly electronics, appliances, and food processing.

In July 2011, the Japanese government decided to ban all shipments of beef cattle from northeast Miyagi Prefecture over fears of radioactive contamination. [10] This has since been rescinded.

According to Japanese census data, Miyagi prefecture experienced its greatest period of growth from 1940 to 1950 and continued to exhibit growth up until the 21st century. [11] Nevertheless, like the majority of Japan, the population of Miyagi has begun to slowly decline. The prefectural capital of Sendai, however, has seen a moderate, but steady rise in population over the past twenty years. [12]

The sports teams listed below are based in Miyagi Prefecture.

Sendai was the castle town of the daimyō Date Masamune. The remains of Sendai Castle stand on a hill above the city.

Miyagi Prefecture boasts one of Japan's three greatest sights. Matsushima, the pine-clad islands, dot the waters off the coast of the prefecture.

The following are also noted as attractions: 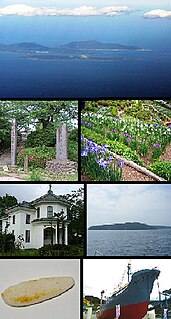 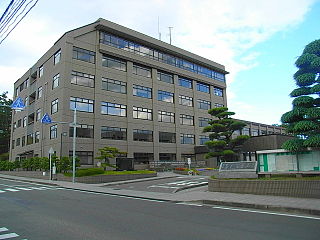 Tagajō is a city located in Miyagi Prefecture, Japan. As of 1 June 2020, the city had an estimated population of 62,869 in 27,869 households, and a population density of 3,200 people per km². The total area of the city is 19.64 square kilometres (7.58 sq mi). The city was named after Taga Castle, the capital of Mutsu Province from the Nara period. 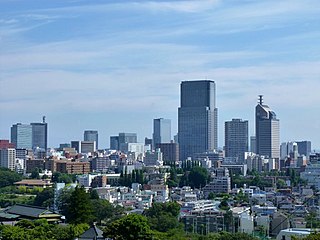 Sendai is the capital city of Miyagi Prefecture, the largest city in the Tōhoku region, and the second largest city north of Tokyo. As of 1 June 2020, the city had a population of 1,091,407 in 525,828 households, and is one of Japan's 20 designated cities. The city was founded in 1600 by the daimyō Date Masamune. It is nicknamed the City of Trees; there are zelkova trees lining many of the main thoroughfares such as Jōzenji Street and Aoba Street. In the summer, the Sendai Tanabata Festival, the largest Tanabata festival in Japan, is held. In winter, the trees are decorated with thousands of lights for the Pageant of Starlight, lasting through most of December. 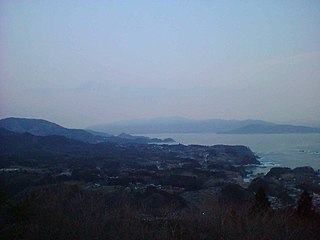 Karakuwa was a town located in Motoyoshi District, in the extreme northeast of Miyagi Prefecture, bordering Kesennuma to the north-west and Rikuzentakata, part of Iwate Prefecture, to the north, and with Kesennuma Bay including Oshima island to the west, Hirota Bay to the north-east, and the Pacific Ocean to the south and east.

The Ōfunato Line is a local railway line in Iwate Prefecture, Japan, operated by the East Japan Railway Company. It originally connected Ichinoseki Station in Ichinoseki to Sakari Station in Ōfunato, on the Tohoku coast. 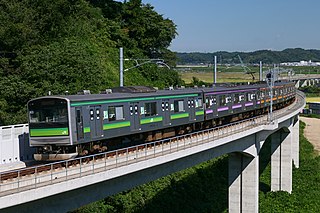 The Senseki Line is a railway line in Miyagi Prefecture, Japan, owned and operated by the East Japan Railway Company. It connects Aoba-dōri Station in Sendai to Ishinomaki Station in Ishinomaki, and provides access to the central coast areas of Miyagi Prefecture, significantly the Matsushima area. It connects with the Sendai Subway Nanboku Line at Aoba-dōri Station; the Tōhoku Shinkansen, the Tōhoku Main Line and the Senzan Line at Sendai Station; and the Ishinomaki Line in Ishinomaki. The name Senseki (仙石) comes from the combination of the first kanji of Sendai (仙台) and Ishinomaki (石巻), the two cities that the Senseki Line connects. It is also the only line in Sendai area that is powered by DC overhead power line.

Minamisanriku is a town in Miyagi Prefecture, Japan. As of 1 May 2020, it had an estimated population of 12,516, and a population density of 77 persons per km² in 4504 households. The total area of the town is 163.40 square kilometres (63.09 sq mi). It is a resort town on a coastline of wooded islands and mountainous inlets; large sections of which suffered from damage due to the 2011 Tōhoku earthquake and tsunami.

National Route 45 is a national highway of Japan connecting Aoba-ku, Sendai and Aomori, Aomori. Alongside Japan National Route 6, it is a main route along the Pacific coast of eastern Japan. It is paralleled closely by the incomplete Sanriku Expressway between Sendai and Hachinohe.

National Route 398 is a national highway of Japan connecting Ishinomaki, Miyagi and Yurihonjō, Akita in Japan, with a total length of 273.6 km (170.01 mi). 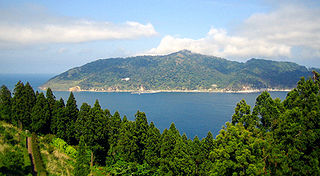 Minami Sanriku Kinkasan Quasi-National Park was a Quasi-National Park on the Pacific coast of northern Miyagi Prefecture, Japan. Established in 1979, the park extended along 180 km of the coast of southern Sanriku and encompassed Mount Kinka. On 31 March 2015, in the aftermath of the 2011 Tōhoku earthquake and tsunami, the Park was incorporated into Sanriku Fukkō National Park.

Tohoku Soccer League (東北社会人サッカーリーグ) is a Japanese football league covering the Tōhoku region, the 6 prefectures of Akita, Aomori, Fukushima, Iwate, Miyagi and Yamagata. It is one of the nine Japanese Regional Leagues, the fifth and sixth league levels in the Japanese association football league system.

Sanriku Fukkō National Park is a national park extending along the Sanriku Coast of Japan from Hachinohe in Aomori Prefecture through Iwate Prefecture to Kesennuma in Miyagi Prefecture. The national park was created on 24 May 2013 and covers a land area of 28,537 hectares (110.18 sq mi)