Like the three specials of Gundam SEED , these specials feature new or changed scenes of the TV series. However unlike the TV series, which was told in the points of view of main characters Shinn Asuka and Kira Yamato, the Special Edition was told through the eyes of Athrun Zala, giving the movies a much more neutral point of view. The DVD quartet, as opposed to the series, seems to put much more emphasis on Shinn's romantic relationship with Lunamaria Hawke and much less emphasis on Lunamaria's prior crush on Athrun so that fans[ citation needed ] could see a much easier transition from Shinn being romantically involved with Stella Loussier to Lunamaria, rather than in the series, which just had it as a sudden occurrence. 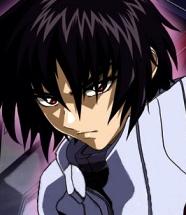 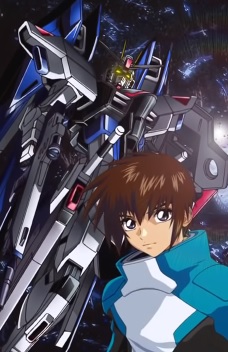 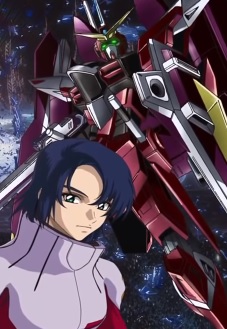 Athrun Zala is a fictional character from the Japanese science fiction anime television series Mobile Suit Gundam SEED and its sequel Mobile Suit Gundam SEED Destiny, part of the Gundam franchise. In the former, Athrun Zala is introduced as a member from the military organization ZAFT, composed of genetically enhanced humans known as Coordinators. Participating in the war between Coordinators and regular humans, referred to as Naturals, Athrun discovered that his childhood friend Kira Yamato was a member of the Naturals' military organization, the Earth Alliance, despite being a Coordinator. Across the series, Athrun encounters Kira and, after almost killing him, Athrun starts questioning his own motives to participate in the war. Athrun returns in Gundam SEED Destiny participating in another war and is the protagonist of its compilation films. He is voiced in Japanese by Akira Ishida and in English by Samuel Vincent in the Ocean dub and by Chris Hackney in the NYAV dub. 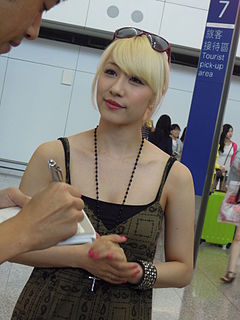 Nami Tamaki is a Japanese pop singer. As a teenager under the Sony Music Japan label, she had four top-ten albums, two of which reached number one. Her singles were used as theme songs for anime shows such as Mobile Suit Gundam Seed, Gundam Seed Destiny, and D. Gray-man, as well as being representative of the J-Pop music trend. She has various commercial tie-ins with the anime and games industry, and has also performed in stage musicals and a movie.

"Enrai: Tooku ni Aru Akari" is a single released by High and Mighty Color on October 25, 2006.

See-Saw was a Japanese pop duo originally from Tokyo, Japan. Its members included Chiaki Ishikawa (vocals) and Yuki Kajiura; former member Yukiko Nishioka left the group in April 1994 to pursue a writing career. The group temporarily disbanded in 1995, but reunited in 2001.

Rie Tanaka is a Japanese voice actress and singer. Notable among her numerous roles in anime are Lacus Clyne in Mobile Suit Gundam Seed and Mobile Suit Gundam Seed Destiny, Chi in Chobits, Minna-Dietlinde Wilcke in Strike Witches and Suigintou in the anime adaptation of Rozen Maiden. In video games, she provides the voice of title character Neptune in the Hyperdimension Neptunia franchise.

Houko Kuwashima is a Japanese voice actress and singer. She is capable of playing a variety of roles, ranging from young boys to feminine women. Kuwashima is currently affiliated with Aoni Production. Her first major role was as Yurika Misumaru in Martian Successor Nadesico. She had lead or major roles as Sango in Inuyasha, Nakahito Kagura in Steel Angel Kurumi, Marlene Angel in Blue Gender, Kenny in Beyblade, Quon Kisaragi in RahXephon, Flay Allster in Mobile Suit Gundam Seed, Stella Loussier in Mobile Suit Gundam Seed Destiny, Sheila in Tweeny Witches, Wendy Garret in Gun Sword, Shūrei Hong in The Story of Saiunkoku, Clare in Claymore, Michru Kita in Zombie-Loan, Fuyuki Hinata in Sgt. Frog, Cirucci and Soifon in Bleach, Allison in Allison and Lilia, Uka in Inari, Konkon, Koi Iroha, and Itsuki Myoudouin / Cure Sunshine in HeartCatch PreCure. In video games, she voices Mei Ling and Para-Medic in Metal Gear Solid, Seong Mi-na in Soulcalibur, Kasumi in Dead or Alive, Presea Combatir in the Tales series, Tomoyo Sakagami in Clannad, Isara Gunther in Valkyria Chronicles, and Chizuru Yukimura in Hakuoki. In film, she had voice roles as the title character in Princess Arete, Yuki Mori in Space Battleship Yamato 2199, Rosé Thomas in Fullmetal Alchemist: Conqueror of Shamballa, and Poko in Doraemon: Nobita in the Robot Kingdom. She has also performed songs for anime, such as "Tokihanate!" (解き放て), which was used as the opening theme to Blue Gender. 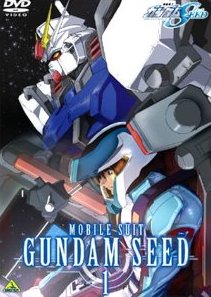 Takanori Nishikawa is a Japanese musician, singer, songwriter, record producer, actor, and voice artist. He performs under the stage name T.M.Revolution (TMR), which stands for "Takanori Makes Revolution", stemming from the famous '80s pop electronic band TM Network. Despite most of his songs being written by Akio Inoue and composed/arranged by Daisuke Asakura, T.M.Revolution is considered Nishikawa's solo project. Nishikawa is also known for contributions of ending and opening themes to many notable anime and game series. 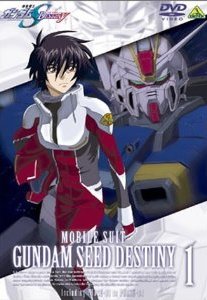 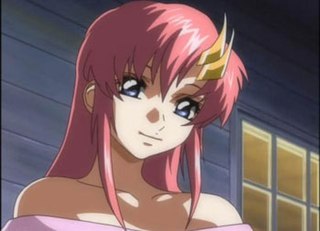 Matthew Erickson is a Canadian voice actor who works for Ocean Studios in Vancouver, British Columbia, Canada and the Calgary, Alberta-based Blue Water Studios. He was born and raised in rural Alberta. He has played several roles in anime, most notably Zoids: Chaotic Century, Zoids: Guardian Force, Shinn Asuka in Gundam Seed Destiny and Amuro Ray in Zeta Gundam.

Chiaki Morosawa was a Japanese anime screenwriter and the creator of the fictional universe of "Cosmic Era" the setting (narrative) for the anime Mobile Suit Gundam SEED and its related series. Born in Urawa, Saitama, Saitama City, Saitama Prefecture, Kantou Region, Japan. Blood type: O. An older sister of Kazuyuki Morosawa. She was the wife of Mitsuo Fukuda, and the mother of their children.