Alhaji Mohammed Goni is a retired civil servant who was Governor of Borno State, Nigeria (1979–1983) in the Nigerian Second Republic.

In 1977, he transferred to the Nigerian National Supply Company. [1]

In April 1979, Mohammed Goni resigned from the National Supply Company and entered politics. [1] He was elected as the first civilian governor of the former Borno State, on the platform of the Great Nigeria Peoples Party (GNPP), and was in office from October 1979 to September 1983. [2] He was also part of the Progressives Coalition led by Chief Obafemi Awolowo. [3] Goni founded the Borno Radio Television (BRTV) to counter the propaganda which was being pumped out of the Federal Government owned and sponsored Nigerian Television Authority (NTA). [4] In retrospect, his period of office was considered one of achievement when compared with his successors. [5]

Before the 1983 elections, Goni transferred to the Unity Party of Nigeria (UPN), running unsuccessfully for reelection against the Nigerian People's Party (NPP) candidate Sheikh Jarma. [6] In the case of Federal Electoral Commission v Alhadji Mohammed Goni (1983), the Supreme Court of Nigeria condemned cross-carpeting by political officeholders. [7]

Mohammed Goni was a member of the committee that drafted the 1995 Constitution. [1] In the April 2003 general elections he ran on the United Nigeria People's Party (UNPP) platform as vice-presidential candidate with Jim Nwobodo as the presidential candidate. They were not elected. [3]

In January 2011 he was elected by PDP delegates in Borno state to be their gubernatorial flag-bearer in the April 2011 elections.

Borno, also known as Borno State, is a state in north-eastern Nigeria. Its capital and largest city is Maiduguri. The state was formed in 1976 from the split of the North-Eastern State. Until 1991 it contained what is now Yobe State. The motto or slogan of the state is "Home of Peace". Borno is the homeland of the Kanuri people in Nigeria and several other ethnic groups.

Alhaji Attahiru Dalhatu Bafarawa was governor of Sokoto State in Nigeria from 29 May 1999 to 29 May 2007.

Ali Modu Sheriff is a Nigerian politician. He is Borno State's first governor to serve two consecutive terms (2003–2011). Though Sheriff had held two elected offices as a member of All Nigeria People's Party, he would later join the All Progressives Congress becoming a founding member of that party. In 2014, Sheriff switched affiliation to the People's Democratic Party. He acted as the National Working Committee chair from 16 February, 2016 until the National Convention, when he was removed and replaced by Ahmed Makarfi. On the 26th of April 2018 he defected back to All Progressives Congress

Mohammed Abba Gana served as a Special Adviser on Civil Society to the Nigerian Vice President Atiku Abubakar until 22 June 2006, when he was sacked by President Olusegun Obasanjo. He had previously served as a Federal Capital Territory Minister from 8 February 2001 to 17 July 2003. 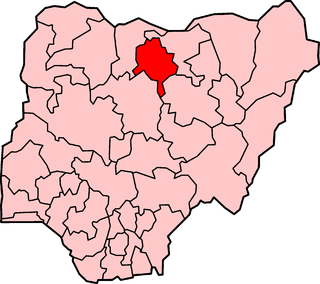 Rabi'u Musa Kwankwaso, FNSE, FNIQS is a Nigerian Muslim politician who was the Governor of Kano State from 1999 to 2003 and 2011 to 2015. He was elected to the Senate in 2015, under the platform of the All Progressives Congress, APC, representing the Kano central senatorial district.. After he lost his re-election in 2003, he was appointed the first civilian Minister of Defence of the Fourth Republic from 2003 to 2007. 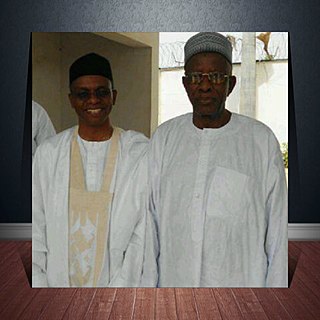 Abubakar Saleh Michika was a Nigerian civilian governor of Adamawa State, Nigeria from 2 January 1992 to 17 November 1993. He was a member of the then ruling National Republican Convention (NRC). He worked with the British Bank of West Africa in 1966, then John Holt company before joining politics. He was born in Michika, headquarters of the Michika Local Government Area (LGA), in what is now known as Adamawa State Northeast Nigeria. He attended his primary school and Secondary schools in Yola Middle School and done his post secondary education at the School for Arabic studies. He is married to four wives with 38 children, 17 boys and 21 girls, 105 grandchildren, and four great-grandchildren, all from his four wives; Hajiya Daudu, Mairama, Aisha and Nana Saleh Michika of Algerian and Nigerien descent from Tamanrasset Province, Algeria. Prominent among his children is Jalal-Eddeen Abubakar Saleh, PhD, an associate professor of public health, a consultant public health physician, a board-certified epidemiologist of the American College Of Epidemiology, a board-certified physician of the American College Of Physicians, member of the American Association for physician leadership, and an alumnus of the famous Imperial College London, the London School Of Hygiene and Tropical Medicine, and the Walden University U.S.A.

James Manager is a Nigerian senator who represents the People's Democratic Party in the Delta South Senatorial District of Delta State. He became a Senator in 2003. 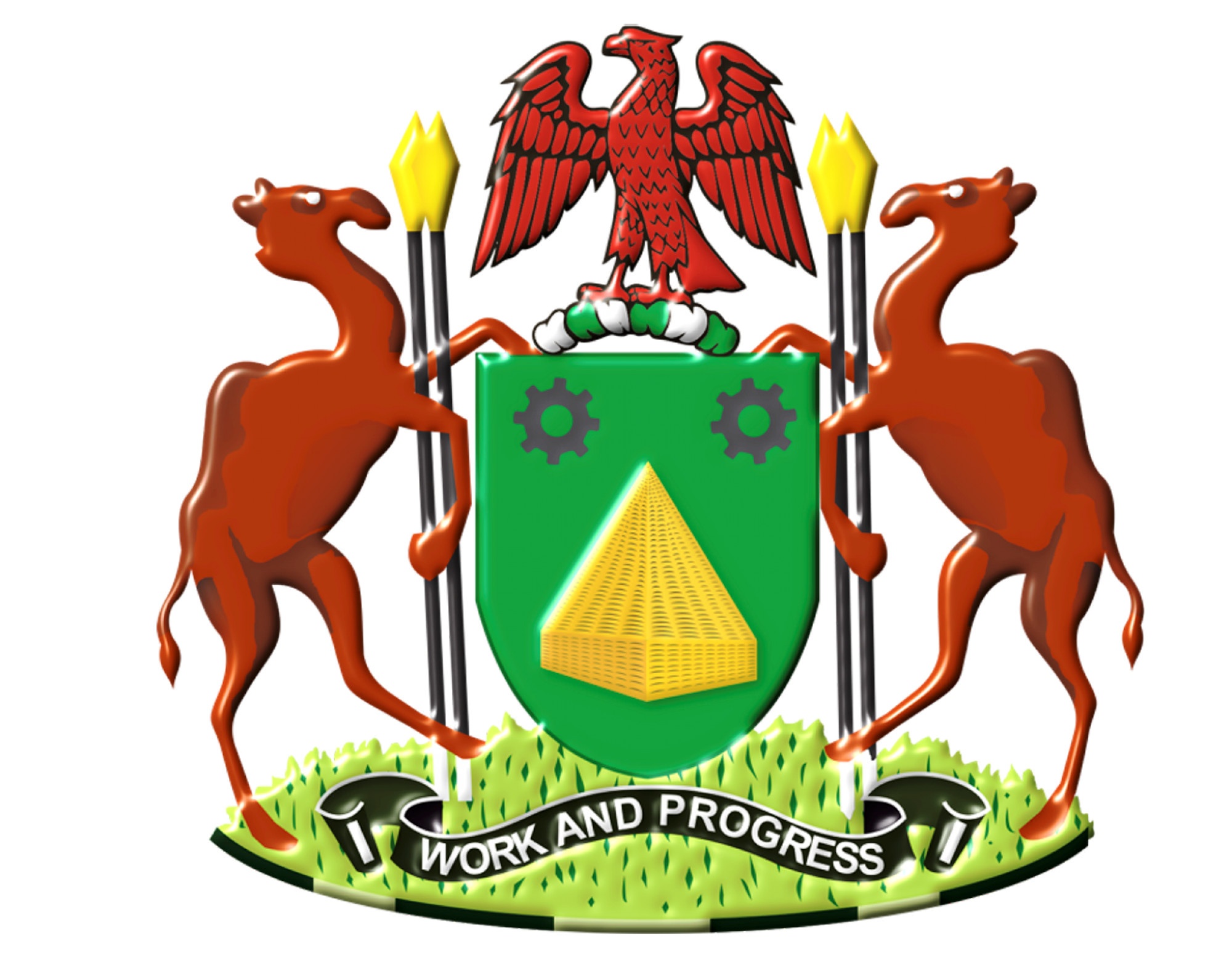 Alhaji Muhammadu Abubakar Rimi was a Nigerian politician, who was the governor of Kano State during the Nigerian Second Republic. He died following an attack by armed robbers.

Kaka Mallam Yale is a Nigerian senator who was elected to represent the All Nigeria Peoples Party (ANPP) in Borno State in April 2007.

Ibrahim Gaidam is a Nigerian politician and the incumbent Senator of Yobe State East District l, Nigeria since June 2019. He was the immediate past governor of Yobe State, succeeded by the Former APC National Secretary, Mai Mala Buni on 29 May 2019.

James Ifeanyichukwu Nwobodo is a Nigerian businessman and politician who was governor of Anambra State (1979–1983) during the Nigerian Second Republic and was Senator for Enugu East in Enugu State (1999–2003). In 2003, he ran unsuccessfully in the Nigerian Presidential elections.

Shettima Mustafa OFR is a Nigerian academic and politician who served as Minister of Agriculture (1990–1992), and in 2007 was appointed Minister of Defense in the cabinet of President Umaru Yar'Adua. Later he became Minister of the Interior. He left office in March 2010 when Acting President Goodluck Jonathan dissolved his cabinet.

Alhaji Mohammed Awwal Ibrahim is a Nigerian traditional ruler who served as governor of Niger State from October 1979 to December 1983 during the Nigerian Second Republic. He was elected on the National Party of Nigeria (NPN) platform.

Kashim Ibrahim-Imam is a Nigerian politician who was twice the People's Democratic Party (PDP) candidate for Governor of Borno State in 2003 and 2007, losing both times to the All Nigeria Peoples Party (ANPP) candidate Ali Modu Sheriff.

Khalifa Ahmed Zanna was a Nigerian politician who was elected Senator for Borno Central, in Borno State, on the 9 April, 2011 national elections at the age of 55. He was elected under the [[People Democratic Party(Nigeria) and was re-elected 2015 and died on 16 may, 2015 few days to inauguration.

Kashim Ibrahim Shettima is a current Senator and the former governor of Borno state.

Mohammed Ali Ndume born is a Nigerian politician who was a member of the Federal House of Representatives from 2003 to 2011. He was elected to the Senate for Borno South, Borno State, Nigeria in April 2011 running on the People's Democratic Party (PDP) ticket.

Emmanuel Dangana Ocheja is a Nigerian Senator who represented Kogi East senatorial district in the National Assembly, and a member of the All Progressives Congress. 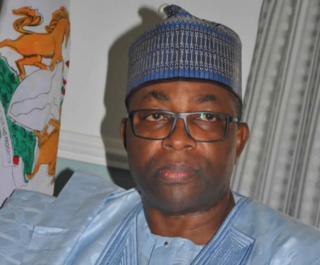