Mohammed V was one of the sons of Sultan Moulay Yusef, who was enthroned by the French in September 1912 and his wife Lalla Yaqut. [1] On 18 November 1927, a "young and timid" 17-year-old Muhammad bin Yusef was enthroned after the death of his father and the departure of Hubert Lyautey. [2]

At the time of Mohammed's enthronement, the French colonial authorities were "pushing for a more assertive 'native policy.'" [2] On 16 May 1930, Sultan Muhammad V signed the Berber Dahir, which changed the legal system in parts of Morocco where Amazigh languages were primarily spoken ( Bled es-Siba ), while the legal system in the rest of the country (Bled el-Makhzen) remained the way it had been before the French invasion. [2] [3] Although the sultan was under no duress, he was only 20 years old. [2] This dhahir "electrified the nation"; it was sharply criticized by Moroccan nationalists and catalyzed the Moroccan Nationalist Movement  [ ar; fr ]. [2]

Sultan Muhammad V participated in the Anfa Conference hosted in Casablanca during World War II. [2] On 22 January 1943, he met privately with the US president Franklin Delano Roosevelt Jr. and the Prime Minister of the UK Winston Churchill. [2] At this dinner, Roosevelt assured the sultan that "the post-war scene and the pre-war scene would ... sharply differ, especially as they related to the colonial question." [2] The sultan's 14-year-old son and future king of Morocco, Hassan II, also attended and later stated that Roosevelt said, "Ten years from now your country will be independent." [2]

"There are competing accounts of exactly what Mohammed V did or did not do for the Moroccan Jewish community" during the Holocaust. [4] However, "though a subject of debate, most scholars stress the benevolence of Mohammed V toward the Jews" during the Vichy era. [5] Mohammed reportedly refused to sign off on efforts by Vichy officials to impose anti-Jewish legislation upon Morocco and deport the country's 250,000 Jews to their deaths in Nazi concentration camps and extermination camps in Europe. [6] The sultan's stand was "based as much on the insult the Vichy diktats posed to his claim of sovereignty over all his subjects, including the Jews, as on his humanitarian instincts." [6] Partial Nazi race measures were enacted in Morocco over Mohammed's objection, [6] and Mohammed did sign, under the instructions of Vichy officials, two decrees that barred Jews from certain schools and positions. [7]

Nevertheless, Mohammed is highly esteemed by Moroccan Jews who credit him for protecting their community from the Nazi and Vichy French government, [4] and Mohammed V has been honored by Jewish organizations for his role in protecting his Jewish subjects during the Holocaust. [8] Some historians maintain that Mohammed's anti-Nazi role has been exaggerated; historian Michel Abitol writes that while Mohammed V was compelled by Vichy officials to sign the anti-Jewish dahirs, "he was more passive than Moncef Bay (ruler of Tunisia during the Second World War) in that he did not take any side and did not engage in any public act that could be interpreted as a rejection of Vichy's policy." [7]

Revolution of the King and the People

Sultan Muhammad V was a central figure in the independence movement in Morocco, or as it is also called: the Revolution of the King and the People (ثورة الملك والشعب). This Moroccan Nationalist Movement  [ ar; fr ] grew from protests regarding the Berber Dahir of 16 May 1930. His central position in the Proclamation of Independence of Morocco further boosted his image as a national symbol. On 10 April 1947, he delivered a momentous speech in Tangier, appealing for the independence of Morocco, without calling out specific colonial powers. [9]

On 20 August 1953 (the eve of Eid al-Adha), the French colonial authorities forced Mohammed V, an important national symbol in the growing Moroccan independence movement, into exile in Corsica along with his family. His first cousin once removed, Mohammed Ben Aarafa, called the "French sultan," was made a puppet monarch and placed on the throne. [10] In response, Muhammad Zarqtuni bombed Casablanca's Central Market on Christmas Eve of that year. [10]

Mohammed V and his family were then transferred to Madagascar in January 1954. Mohammed V returned from exile on 16 November 1955, and was again recognized as Sultan after active opposition to the French protectorate. In February 1956 he successfully negotiated with France and Spain for the independence of Morocco, and in 1957 took the title of King.[ citation needed ]

He died at 51 years old 26 February 1961 following complications of a minor operation he had undergone. [11]

The Mohammed V International Airport and Stade Mohamed V of Casablanca are named after him, as well as numerous universities and various public spaces across Morocco. There is an Avenue Mohammed V in nearly every Moroccan city and a major one in Tunis, Tunisia, and in Algiers, Algeria.

In December 2007, The Jewish Daily Forward reported on a secret diplomatic initiative by the Moroccan government to have Mohammed V admitted to the Righteous Among the Nations. [12]

His first wife was Lalla Hanila bint Mamoun. They married in 1925. [13] [14] She was the mother of his first daughter Lalla Fatima Zohra.

His second wife was his first cousin Lalla Abla bint Tahar. She was the daughter of Moulay Mohammed Tahar bin Hassan, son of Hassan I of Morocco. She married Mohammed V in 1928 and died in Rabat on 1 March 1992. She gave birth to five children: the future King Hassan II, Lalla Aicha, Lalla Malika, Moulay Abdallah and Lalla Nuzha. [15]

Haj Muhammad Ben Abdessalam al-Muqri was a senior Moroccan official of the late 19th and early 20th century. He was an adviser and grand vizier to several sultans of Morocco, including under French colonial domination.

Hassan II was the King of Morocco from 1961 until his death in 1999. A member of the Alaouite dynasty, which has ruled the country since the mid 17th century, he was the eldest son of Mohammed V, Sultan, and then King, of Morocco (1909–1961), and his second wife, Lalla Abla bint Tahar (1909–1992). Hassan was known as one of the most severe and autocratic rulers of Morocco, widely accused of authoritarian practices and civil rights abuses, particularly during the Years of Lead.

The 'Alawi dynasty – also rendered in English as Alaouite, 'Alawid, or Alawite – is the current Moroccan royal family and reigning dynasty. They are an Arab sharifian dynasty and claim descent from the prophet Muhammad through one of his relatives.

Prince Moulay Rachid of Morocco, also known as Prince Moulay Rachid ben al-Hassan, was born on 20 June 1970 in Rabat as the youngest male child of the late King Hassan II and his second wife, Lalla Latifa Hammou. He holds a doctorate in international politics and serves Morocco as a diplomat. He is currently second in the line of succession to the Moroccan throne.

Mohammed Ben Aarafa, or Ben Arafa, was a paternal first cousin once removed of Sultan Mohammed V of Morocco; he was put in Mohammed V's place by the French after they exiled Mohammed V to Madagascar in August 1953. His reign as "Mohammed VI" was not recognized in the Spanish-protected part of Morocco. Protests against Ben Aarafa helped lead to Moroccan independence, which was agreed to between France and Mohammed V, after his abdication in October 1955.

Moulay Hassan bin Mohammed is the Crown Prince of Morocco. He is the elder child of King Mohammed VI of Morocco and Princess Lalla Salma. He has a younger sister, Princess Lalla Khadija. He is named after his grandfather Hassan II; upon his accession, he is expected to bear the regnal name Hassan III. In 2015, Hassan began participating with his father at public official engagements. 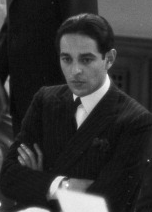 Prince Moulay Abdellah of Morocco, KCVO, was the brother of Moulay Hassan, later King Hassan II of Morocco and the son of King Mohammed V of Morocco (1909–1961) and his second wife, Lalla Abla bint Tahar (1909–1992).

Princess Lalla Aicha of Morocco was the younger sister of the late King Hassan II of Morocco, and daughter of King Mohammed V of Morocco and his second wife, Lalla Abla bint Tahar.

Dowager Sultana Lalla Khanata bint Bakkar also known as Hinata binti Bakar al-Gul, was de facto ruler of Morocco from 1729 to ca. 1754. She was one of the four wives of Sultan Moulay Ismail, who reigned from 1672 to 1727, and acted as his de facto First Minister and Secretary. After his death, she remained a de facto ruler during the unstable situation which followed as the mother of Sultan Moulay Abdallah.

Princess Lalla Amina was a member of the Moroccan royal family and former President of the Royal Moroccan Federation of Equestrian Sports.

Princess Lalla Malika was a sister of the late King Hassan II of Morocco, and daughter of King Mohammed V of Morocco and his second wife, Lalla Abla bint Tahar. She was the chairwoman of the Moroccan Red Crescent from 1967 until her death.

Sultana Lalla Aisha Al Mubaraka, often referred to as Zaydana, was one of the four wives of Sultan Moulay Ismail of Morocco. She had an acknowledged influence over the affairs of state through her personal influence over the sultan. Some Europeans are even said to have called her the "Empress of Morocco" as a result.

Prince MoulayIdriss El Alaoui is an Alaouite dynasty prince. In addition to being a special advisor to king Mohammed VI, he is businessman. He live in Meknes, Morocco.

Lalla is an Amazigh word meaning "Lady", "My lady", "Miss." or "Mrs.". The honorific title Lalla is used all over North Africa by both Amazigh- and non-Amazigh-speakers, especially in Morocco, Algeria, Tunisia, Mauritania, and Libya, to politely address or mention any woman. In Morocco, if the respected or adult woman is known to the person, he or she would address her using the title Lalla before using her personal name or family name. In Mauritania, Lalla is often used on its own as a given name for women. It is sometimes also used with another noun to form a compound given name, such as in the names of Lalla-Aicha and Lalla-Mariem.

Mohammed El Alaoui is the current Chamberlain (حاجب) of king Mohammed VI of Morocco. He is reportedly a very close friend of the monarch, in addition to being his distant Alaouite cousin.

Princess Lalla Nuzha was a sister of the late King Hassan II of Morocco, and daughter of King Mohammed V of Morocco and his second wife, Lalla Abla bint Tahar.

Ahl Fas Mosque is a mosque in the capital city of Rabat, Morocco. It is located at the mechouar of Al-Sayeed. The mosque was commissioned by the Alaouite sultan Mohammed ben Abdallah in the 18th century. It was renovated several times, during the era of Muhammad IV, Yusef, Muhammad V, Hassan II, and Muhammad VI. The mosque is known as a place where the king gives the khotbah (sermon) during the Friday Prayer or Eid Prayers, a tradition dating back to the era of Moulay Yusef.