Behavior or behaviour is the range of actions and mannerisms made by individuals, organisms, systems, or artificial entities in conjunction with themselves or their environment, which includes the other systems or organisms around as well as the (inanimate) physical environment. It is the computed response of the system or organism to various stimuli or inputs, whether internal or external, conscious or subconscious, overt or covert, and voluntary or involuntary.

Harry Smith was the founding editor in chief, while Loren Rieseberg is the current editor. Its 2017 impact factor is 6.131.

Harry Smith was a British botanist. Smith is best known for his discovery that phytochromes can detect changes in the colour that plants receive, which allows them to adjust their growth rates accordingly.

The impact factor (IF) or journal impact factor (JIF) of an academic journal is a scientometric index which reflects the yearly average number of citations to recent articles published in that journal. It is frequently used as a proxy for the relative importance of a journal within its field; journals with higher impact factors are often deemed to be more important than those with lower ones. The impact factor was devised by Eugene Garfield, the founder of the Institute for Scientific Information (ISI). Impact factors are calculated yearly starting from 1975 for journals listed in the Journal Citation Reports (JCR).

Macroevolution is evolution on a scale at or above the level of species, in contrast with microevolution, which refers to smaller evolutionary changes of allele frequencies within a species or population. Macroevolution and microevolution describe fundamentally identical processes on different scales.

Evolutionary biology is the subfield of biology that studies the evolutionary processes that produced the diversity of life on Earth, starting from a single common ancestor. These processes include natural selection, common descent, and speciation.

Allan Charles Wilson was a Professor of Biochemistry at the University of California, Berkeley, a pioneer in the use of molecular approaches to understand evolutionary change and reconstruct phylogenies, and a revolutionary contributor to the study of human evolution. He was one of the most controversial figures in post-war biology; his work attracted a great deal of attention both from within and outside the academic world. He is the only New Zealander to have won the MacArthur Fellowship.

Hydrobiology is the science of life and life processes in water. Much of modern hydrobiology can be viewed as a sub-discipline of ecology but the sphere of hydrobiology includes taxonomy, economic biology, industrial biology, morphology, physiology etc. The one distinguishing aspect is that all relate to aquatic organisms. Much work is closely related to limnology and can be divided into lotic system ecology and lentic system ecology. 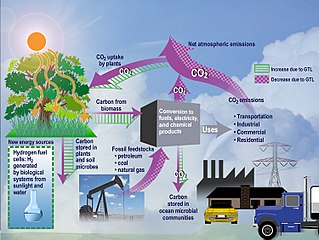 Systems ecology is an interdisciplinary field of ecology, a subset of Earth system science, that takes a holistic approach to the study of ecological systems, especially ecosystems. Systems ecology can be seen as an application of general systems theory to ecology. Central to the systems ecology approach is the idea that an ecosystem is a complex system exhibiting emergent properties. Systems ecology focuses on interactions and transactions within and between biological and ecological systems, and is especially concerned with the way the functioning of ecosystems can be influenced by human interventions. It uses and extends concepts from thermodynamics and develops other macroscopic descriptions of complex systems.

Bacteriophages (phages), potentially the most numerous "organisms" on Earth, are the viruses of bacteria. Phage ecology is the study of the interaction of bacteriophages with their environments. 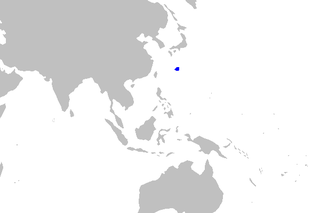 The rasptooth dogfish is a dogfish, found on the Kyushu-Palau Ridge in the northwest Pacific Ocean at depths of 360 m. Its maximum length is unknown. This species was originally described as Centroscyllium sheikoi, and subsequently allocated to the newly-named genus Miroscyllium based on anatomical features not shared with other Centroscyllium. More recent molecular data suggest this species belongs to the genus Etmopterus, but as of June 2014 Miroscyllium sheikoi remains the valid name recognized by FishBase, the Catalog of Fishes World Register of Marine Species, and the IUCN

The Australian Journal of Zoology is an international peer-reviewed scientific journal published by CSIRO Publishing. It publishes original research and review articles on zoology, with a special focus on Australian fauna. It is broad in scope, covering a range of disciplines, including anatomy, physiology, molecular biology, genetics, reproductive biology, developmental biology, parasitology, morphology, behaviour, ecology, zoogeography, systematics and evolution.

Malacologia is a peer-reviewed scientific journal in the field of malacology, the study of mollusks. The journal publishes articles in the fields of molluscan systematics, ecology, population ecology, genetics, molecular genetics, evolution, and phylogenetics.

The American Journal of Primatology is a monthly peer-reviewed scientific journal and the official journal of the American Society of Primatologists. It was established in 1981 and covers all areas of primatology, including the behavioral ecology, conservation biology, evolutionary biology, life history, demography, paleontology, physiology, endocrinology, genetics, molecular genetics, and psychobiology of non-human primates. Besides its regular issues, the journal publishes a yearly supplementary issue detailing the program of the society's annual meetings. The editor-in-chief is Karen Bales. The types of papers published are: original research papers, review articles, book reviews, commentaries, and plenary addresses. 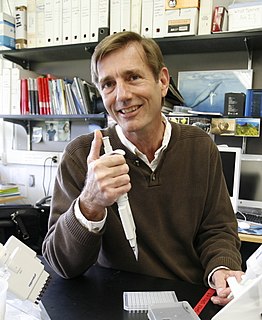 C. Scott Baker is an American molecular biologist and cetacean specialist. He is Associate Director of the Marine Mammal Institute at Oregon State University. He is also Adjunct Professor of Molecular Ecology and Evolution at the University of Auckland, and Editor of the Journal of Heredity. 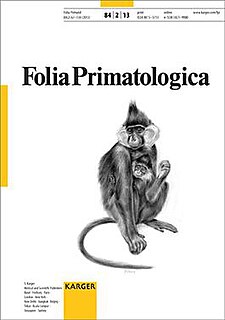 Folia Primatologica is an international peer-reviewed journal focusing on primatology, the study of monkeys, apes, lemurs, and other primates. It is the official journal of the European Federation for Primatology, and official journal of the Primate Society of Great Britain. Founded in 1963, the journal covers diverse areas of primatology, including molecular biology, social behaviour, ecology, conservation, palaeontology, systematics and functional anatomy. Folia Primatologica is published six times per year. As of 2013 the editor is Robin H. Crompton at the University of Liverpool. The journal is indexed with PubMed, Medline. 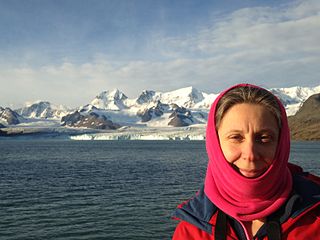 Louise Allcock is a British researcher, best known for her work on ecology and evolution of the cephalopods of the Southern Ocean and deep sea. She is the editor of the Zoological Journal of the Linnean Society. 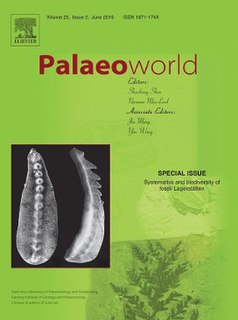 Palaeoworld is a peer-reviewed academic journal with a focus on palaeontology and stratigraphy research in and around China. It was founded in 1991 by the Nanjing Institute of Geology and Palaeontology at the Chinese Academy of Sciences (NIGPAS). The journal has been published quarterly since 2006; prior to 2006, it did not adhere to a fixed publication schedule.