Slaoui is the former head of the vaccines department at GlaxoSmithKline (GSK). [2] He worked at the company for thirty years,retiring in 2017. On May 15,2020,President Donald Trump announced that Slaoui would manage the U.S. government's development of a vaccine used to treat coronavirus disease in OPWASP; [3] Slaoui resigned on January 12,2021 after successfully having helped introduce a number of vaccines to the US and global markets.

Slaoui was born on July 22,1959,in Agadir,Morocco. [4] The city was evacuated in February 1960 after an earthquake,and Slaoui was raised in Casablanca. [5] His father worked in the irrigation business [6] and died when Slaoui was a teenager,leaving his mother to raise him and his four siblings. [5]

Slaoui graduated from Mohammed V High School in Casablanca. In 1976 at age 17,Slaoui left Morocco to study medicine in France but missed the registration deadline due to new registration procedures and his mother being ill. [6] He enrolled at the Universitélibre de Bruxelles,where he received a BS and MS in biology. During this time he was very politically active. [6] In 1983,Slaoui earned a PhD in molecular biology and immunology from the Free University of Brussels. [7] [8] His thesis was titled Etude de la diversitéet de la sélection des répertoires idiotypiques dans le système immunitaire . Slaoui's doctoral advisor was immunologist Jacques Urbain. [9]

Slaoui took postgraduate courses at Harvard Medical School and the Tufts University School of Medicine [3] without earning degrees. [10] In 1998,he received an accelerated MBA from the International Institute for Management Development (IMD) in Lausanne,Switzerland. [8]

Slaoui and his wife lived in the United States from 1983 to 1985 while each did post-doctoral research at Harvard. [5] When she was recruited to continue research on influenza at SmithKline-RIT in Belgium (which would later become part of GlaxoSmithKline (GSK)), [6] Slaoui got a job teaching immunology at the University of Mons in Belgium. [11]

In 1988,after consulting for SmithKline-RIT for three years,Slaoui joined the company as a vaccine researcher. [5] [7] In 2006,he was appointed head of research and development at GlaxoSmithKline,succeeding Tachi Yamada. [13] [14] In 2007,he announced plans to establish a neurosciences research group in Shanghai that would employ a thousand scientists and cost $100 million;it ceased operations in August 2017. [15]

In 2008,Slaoui led the $720 million acquisition of Sirtris Pharmaceuticals,which folded amidst turmoil in 2013. [16] In 2012,he oversaw GSK's purchase of Human Genome Sciences for over $3 billion. [16] He "sold off GSK’s entire oncology business,which Novartis turned into a 'cancer heavyweight'" One "pharma industry veteran" told a reporter in 2020 that "those are three of the worst deals in drug industry history." [16]

Slaoui spent thirty years working at GSK. [3] During his time there,Slaoui oversaw the development of numerous vaccines,including Cervarix to prevent cervical cancer,Rotarix to prevent gastroenteritis in children,and an Ebola vaccine. [12] He also spent 27 years researching on a malaria vaccine,Mosquirix,that was approved by the European Medicines Agency in 2015 and touted as the first in the world. [17]

In April 2013,he co-wrote a paper with several other GSK heads that introduced the term "electroceutical" to broadly encompass medical devices that use electrical,mechanical,or light stimulation to affect electrical signaling in relevant tissue types. [18] Over the next several years,he attempted to sell a public audience on GSK's development of bioelectronic medicine,with appearances on YouTube [19] and at futurist conferences. [20]

In July 2013,he wrote an op-ed in the Huffington Post entitled "It’s Time to Further Incentivize Medical Innovation",in which he outlined three recommendations to improve the effectiveness of the pharmaceutical industry. [21]

The Slaoui Center for Vaccines Research in Rockville,Maryland—named after Slaoui and GSK's first research and development institute in the United States—was opened on December 14,2016. [22] [23] [24]

In 2016 he was named to the inaugural board of directors of Galvani Bioelectronics,the joint venture between GSK and Alphabet Corporation subsidiary Verily Life Sciences. [14]

On May 15,2020,President Donald Trump officially announced OPWASP,a project to develop and deliver 300 million doses of a vaccine for the coronavirus disease 2019 by January 2021. [3] Slaoui was named to lead the project,working alongside chief operating officer and four-star general Gustave F. Perna. [29] Other candidates for Slaoui's position reportedly included Elias Zerhouni and Arthur Levinson. [11] [30] President Trump described Slaoui as "one of the most respected men in the world in the production and,really,on the formulation of vaccines",while Secretary of Health and Human Services Alex Azar praised him as "arguably the world’s most experienced and successful vaccine developer". [31]

To avoid a conflict of interest,Slaoui resigned from the board of the Massachusetts-based biotech firm Moderna,which had been developing a vaccine for the coronavirus. [3] [32] Slaoui faced criticism,particularly from Senator Elizabeth Warren,for continuing to have Moderna stock options worth over $10 million. [33] [34] On May 18,2020,Slaoui resigned from the board of manufacturing firm Lonza,which Moderna had partnered with to develop a coronavirus vaccine. [35] On May 19,after initially denying a conflict of interest,Slaoui divested his Moderna stock and donated the value it had gained from May 14 onwards to cancer research. [35] [36] [37]

On May 20, The New York Times reported that Slaoui had also resigned as an adviser to Brii Biosciences,a firm with sizeable Chinese investments,and would be resigning from Artizan Biosciences and Clazado. According to Michael Caputo,Slaoui's decision to retain his GSK stock,even after being announced as OPWASP's chief adviser,was cleared by the Department of Health and Human Services. [38]

Slaoui was scheduled to speak at the annual Biotechnology Innovation Organization (BIO) conference on June 9,2020,but ultimately pulled out,citing his failure to brief Congress beforehand. [39]

On March 24,2021,Slaoui was fired as Chairman of the board of directors of Galvani Bioelectronics—a medical research firm owned mostly by GSK—over historical sexual harassment allegations. [41] [42] [43]

Slaoui has three sons [6] and is married to Kristen Slaoui (née Belmonte),a 1992 graduate of Gettysburg College. [46] : 8  Slaoui's younger sister died at a young age from pertussis. [5] [47] One of his two younger brothers,a pediatrician,Amine,died from pancreatic cancer. [6] His other brother,Mohamed,is a specialist in gastroenterology and his older sister,Hadia,is a university professor of French literature in Morocco. [6] [5]

Slaoui was cited as one of the Top 100 most influential Africans by New African magazine in 2020. [64]

Cervarix is a vaccine against certain types of cancer-causing human papillomavirus (HPV). 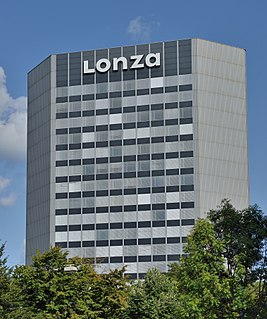 Lonza Group is a Swiss multinational chemicals and biotechnology company, headquartered in Basel, with major facilities in Europe, North America and South Asia. Lonza was established under that name in the late 19th-century in Switzerland. The company provides product development services to the pharmaceutical and biologic industries, including organic, fine and performance chemicals, custom manufacturing of biopharmaceuticals, chemical synthesis capabilities, detection systems and services for the bioscience sector. 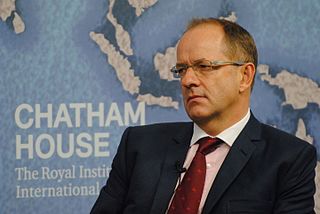 Sir Andrew Philip Witty is a British business executive, who was the chief executive officer (CEO) of GlaxoSmithKline between 2008 and 2017. Witty was succeeded by Emma Walmsley on 1 April 2017. He formerly held the role of chancellor of the University of Nottingham.

Pandemrix is an influenza vaccine for influenza pandemics, such as the 2009 flu pandemic. The vaccine was developed by GlaxoSmithKline (GSK) and patented in September 2006.

GlaxoSmithKline Pharmaceuticals Ltd is an Indian subsidiary of GlaxoSmithKline plc, one of the world's leading research based pharmaceutical and healthcare companies. It is one of the oldest pharmaceuticals companies in India. Its product portfolio includes prescription medicines and vaccines. Its prescription medicines range across therapeutic areas such as anti-infectives, dermatology, gynaecology, diabetes, oncology, cardiovascular disease and respiratory diseases. It also offers a range of vaccines, for the prevention of hepatitis A, hepatitis B, invasive disease caused by H, influenzae, chickenpox, diphtheria, pertussis, tetanus, rotavirus, cervical cancer and others. 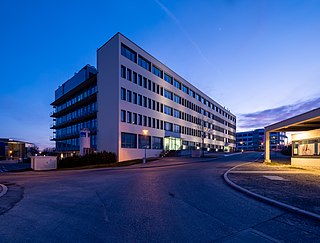 CureVac N.V. is a German biopharmaceutical company that develops therapies based on messenger RNA (mRNA). Legally domiciled in the Netherlands and headquartered in Tübingen, Germany, the company was founded in 2000 by Ingmar Hoerr (CEO), Steve Pascolo (CSO), Florian von der Mulbe (COO), Günther Jung, and Hans-Georg Rammensee. CureVac had approximately 240 employees in November 2015 and 375 in May 2018. 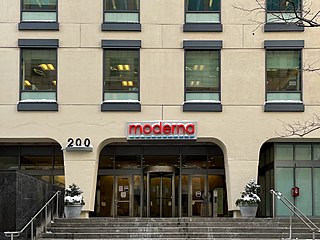 Moderna, Inc., is an American pharmaceutical and biotechnology company based in Cambridge, Massachusetts. It focuses on vaccine technologies based on messenger RNA (mRNA). Moderna's vaccine platform inserts synthetic nucleoside-modified messenger RNA (modRNA) into human cells using a coating of lipid nanoparticles. This mRNA then reprograms the cells to prompt immune responses. Moderna develops mRNA therapeutic vaccines that are delivered in lipid nanoparticles, using mRNA with pseudouridine nucleosides. Candidates are designed to have improved folding and translation efficiency via insertional mutagenesis. 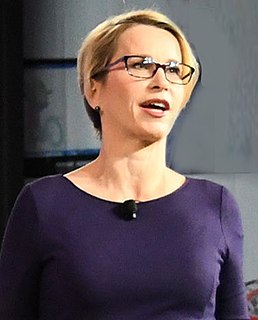 Dame Emma Natasha Walmsley is the chief executive officer (CEO) of GlaxoSmithKline. She succeeded Sir Andrew Witty, who retired in March 2017. Before GSK, she worked for L'Oréal for 17 years, and was a non-executive director of Diageo until September 2016. She grew up Barrow-in-Furness, Cumbria. 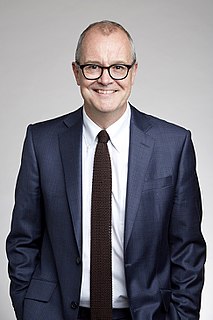 Sir Patrick John Thompson Vallance is a British physician, scientist, and clinical pharmacologist who has worked in both academia and industry. He has served as the Chief Scientific Adviser to the Government of the United Kingdom since 2018.

Paul-Peter Tak is an immunologist and academic specialising in the fields of rheumatology and immunology. In addition to academic research, he served as an executive of several pharmaceutical companies. 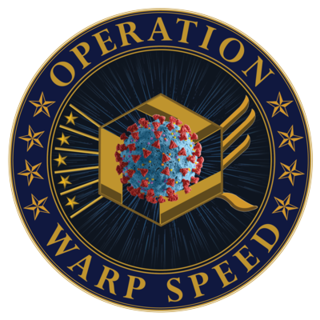 Jason S. McLellan is a structural biologist, associate professor in the Department of Molecular Biosciences and Robert A. Welch Chair in Chemistry at The University of Texas at Austin who specializes in understanding the structure and function of viral proteins, including those of coronaviruses. His research focuses on applying structural information to the rational design of vaccines and other therapies for viruses, including SARS-CoV-2, the novel coronavirus that causes COVID-19. McLellan and his team collaborated with researchers at the National Institute of Allergy and Infectious Diseases’ Vaccine Research Center to design a stabilized version of the SARS-CoV-2 spike protein, which biotechnology company Moderna used as the basis for the vaccine mRNA-1273, the first COVID-19 vaccine candidate to enter phase I clinical trials in the U.S. At least three other vaccines use this modified spike protein: those from Pfizer and BioNTech; Johnson & Johnson and Janssen Pharmaceutica; and Novavax. 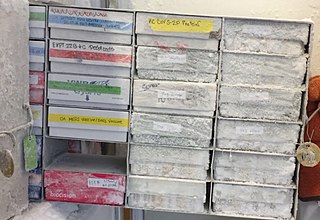 COVID-19's caused virus, SARS-CoV-2, was isolated in late 2019. Its genetic sequence was published on 11 January 2020, triggering an urgent international response to prepare for an outbreak and hasten development of a preventive COVID-19 vaccine. Since 2020, vaccine development has been expedited via unprecedented collaboration in the multinational pharmaceutical industry and between governments. By June 2020, tens of billions of dollars were invested by corporations, governments, international health organizations, and university research groups to develop dozens of vaccine candidates and prepare for global vaccination programs to immunize against COVID‑19 infection. According to the Coalition for Epidemic Preparedness Innovations (CEPI), the geographic distribution of COVID‑19 vaccine development shows North American entities to have about 40% of the activity, compared to 30% in Asia and Australia, 26% in Europe, and a few projects in South America and Africa.