Moríñigo is a municipality located in the province of Salamanca, Castile and León, Spain.As of 2016the municipality has a population of 102 inhabitants. 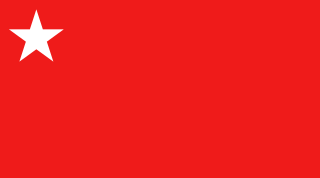 The National Republican Association – Colorado Party is a right-wing political party in Paraguay, founded on 11 September 1887, by Bernardino Caballero. The party was defeated in 2008 after 61 years in power, but the party regained the presidency in the 2013. 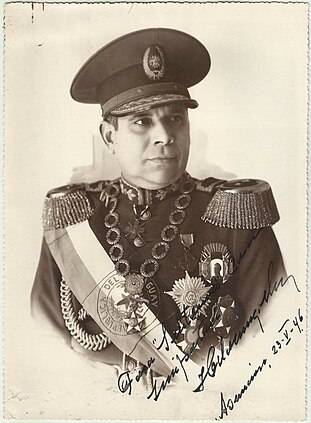 The Paraguayan Civil War was a civil war in Paraguay that lasted from 7 March to August 1947.

Juan Gualberto González was the President of Paraguay and served from 1890 until his forced resignation in 1894.

Marcos Antonio Morínigo Fleytas was a Paraguayan politician who served as President of Paraguay in 1894.

The Liberal Party, commonly known as the Blue Party was a political party in Paraguay, ruling the country for most of the period between 1904 and 1940.

Cristian Venancio Bogado Morínigo is a Paraguayan footballer who plays as a striker.

Afro-Paraguayan are Paraguayans of African descent. They can be found in Camba Cua outside Asuncion; Kamba Kokue outside Paraguari, and the city of Emboscada. Currently, the Afro-Paraguayan population accounts for 1% of the total population.

The Paraguay national under-17 football team represents Paraguay in international football competitions such as FIFA U-17 World Cup and South American Under-17 Football Championship.

Hugo Américo Lusardi Morínigo is a Paraguayan footballer that currently plays as midfielder.

Higinio is a given name. Notable people with the name include:

Las Villas is a comarca in the province of Salamanca, Castile and León, Spain. It contains elevenmunicipalities:

Juan Ignacio Álvarez Morinigo is an Argentine professional footballer who plays as a midfielder for Greek club Panetolikos, on loan from Chacarita Juniors.

The 2019 South American U-17 Championship is an international association football tournament held in Peru from 21 March to 14 April 2019. The ten national teams involved in the tournament were required to register a squad of 23 players; only players in these squads are eligible to take part in the tournament.