Mora Point, on the Mahaicony River in the Mahaica-Berbice Region of Guyana, is a village located 18 km south of the East Coast Highway.

It is an important settlement as the jurisdiction of its Police Outpost extends to almost the entire river.

Mainly a rice-producing village it also houses the pumping station responsible for irrigation of the rice fields in the area.

Kanabec County is a county in the U.S. state of Minnesota. As of the 2010 United States Census, the population was 16,239. Its county seat is Mora.

Dalarna is a landskap in central Sweden. English exonyms for it are Dalecarlia and the Dales.

Fukagawa is a city located in Sorachi Subprefecture, Hokkaido, Japan.

Uran is a coastal town and part of Navi Mumbai, Maharashtra state in Konkan division. It lies in the Raigad district, east of Mumbai across the Dharamtar Creek. Uran is primarily a fishing and agriculture village, which has developed into the special economic zone of Uran. The primary languages spoken are Agri and Koli which is a dialect of Marathi-Kokani.

Hamble-le-Rice is a village and civil parish in the Borough of Eastleigh in Hampshire, England. It is best known for being an aircraft training centre during the Second World War and is a popular yachting location. The village and the River Hamble also featured in the 1980s BBC television series Howards' Way. The village centre, known as The Square, Hamble, has a more traditional English village aesthetic which differentiates it from the small industrial areas close to the village.

Mora is a locality and the seat of Mora Municipality in Dalarna County, Sweden, with 10,896 inhabitants in 2010.

Niki is a town located in Shiribeshi Subprefecture, Hokkaido, Japan. 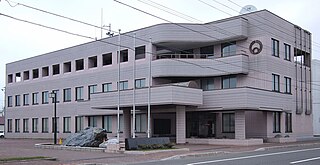 Enbetsu, also known as Embetsu, is a town located in Rumoi, Hokkaidō, Japan. As of 2013, the town had an estimated population of 2,966 and a density of 5 persons per km². The total area is 590.86 square kilometres (228.13 sq mi). The town is bisected by the Enbetsu River, which flows from the Teshio Mountains directly into the Sea of Japan. Enbetsu is the northernmost area of rice production in Japan. 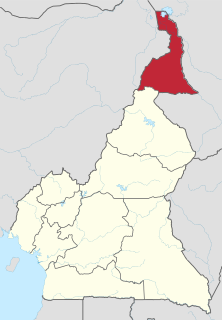 The Far North Region, also known as the Extreme North Region, is the northernmost constituent province of the Republic of Cameroon. It borders the North Region to the south, Chad to the east, and Nigeria to the west. The capital is Maroua. 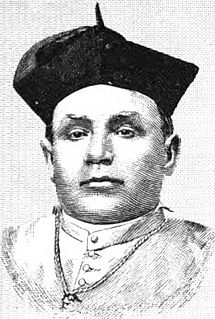 Francisco Mora i Borrell was a Catalan Catholic priest, who served as the Bishop of Monterey-Los Angeles from 1878 to 1896.

Highland Village is a neighborhood in Houston, Texas, United States.

Hebri is a Taluk in Udupi district of Karnataka, Hebri is at the foot of the Western Ghats of India in Karnataka state. This place is a main junction and a central point where roads leading to Mangalore, Brahmavar, Karkala, Kundapura, Agumbe and Udupi. The area's forests get high rainfall throughout the year. Someshwara Wildlife Sanctuary is located nearby which covers the entire route till Agumbe and to western Ghats. This sanctuary houses some of the endangered species like the King Cobra.

La Cueva is an unincorporated community on the Mora River in Mora County, New Mexico, United States, situated at the intersection of New Mexico State Roads 442 and 518.

Bhadrapur is a town and municipality in Jhapa District in the Mechi Zone of southeastern Nepal. It lies on the right bank of the Mechi River, Nepal's eastern municipality borders with Bihar state, India on south and West Bengal state on north. There is a border crossing with customs office for goods. Galgalia village in Kishanganj District borders with Bhadrapur

Yuanli Township is an urban township in southwestern Miaoli County, Taiwan, occupying an area of 68.25 square kilometres (26.35 sq mi), with a population of 46,939 in January 2017. Yuanli is known as "Miaoli's Granary."

Malikwad is a village which is located in the Belgaum district of Karnataka state, India. It is located on the banks of the Doodhganga River. The river acts as the border between Karnataka and Maharashtra. Due to the border separation, the people in the area are bilingual; many can speak as well as write both Kannada and Marathi languages. Facilities in the village include schools, a library, and public toilets. Agriculture is a mainstream source of income of the village. It is regarded as one of the highest sugarcane producing villages. Along with sugarcane, farmers also grow different kinds of fruits and vegetables such as tomatoes and bananas. Almost one member of every family in the area is in the Indian army, so people have called this village “Sainik Malikwad,” the word “sainik” meaning “soldier.”