Ketchum was born on February 5, 1796 at Waterford in Saratoga County, New York. He was the fourth child of Amos Ketchum (1765–1835) and Arabella (née Landon) Ketchum. [2] Among his siblings were Mary Ketchum (wife of Dr. Samuel Akerly who founded the New York Institute for Special Education in 1831) and Hiram Ketchum. [3]

In 1832 he partnered with Thomas Rogers and Jasper Grosvenor to form the manufacturing firm of Rogers, Ketchum and Grosvenor; this firm eventually grew into Rogers Locomotive Works, the second most popular steam locomotive manufacturing company in North America. [4]

Ketchum was also a director of the Illinois Central Railroad. During his time on the board, he was able to funnel many of that railroad's locomotive orders to Rogers. [5]

In the 1860s, he partnered with Peter Cooper, John Jacob Astor Jr., Hamilton Fish and others to form a new committee, the Special Council of Hygiene and Public Health. Joseph Smith served as president and Dr. Willard Parker was vice-president. [6]

Morris Ketchum, with his son Edward B. Ketchum, led the financial firm of Ketchum, Son and Company in New York City. His son Edward was later found to have embezzled nearly $2.5 million to cover his losses in the 1860s; [7] [8] it was Morris's good reputation that kept the public from suspecting Edward of embezzlement for a time. [9] Morris had to resign as president of the Fourth National Bank of New York. [10]

After giving up his fortune to make good on his sons forgeries in 1865, Ketchum moved south and became interested in the Savannah Banking and Trust Company of Savannah, Georgia and the Central Railroad. [3]

Ketchum was married three times. His later marriage was to Margaret Miller (1807–1893), [11] a daughter of Judge Sylvanus Miller of Long Island. [12] He was the father of three sons and two daughters that survived him, including: [3]

Ketchum died at his home, 19 Washington Square in New York City, on January 1, 1880. [3] He was buried at Willowbrook Cemetery in Westport, Connecticut. [14]

Matthew Baird was one of the early partners in the Baldwin Locomotive Works.

Morris Ketchum Jesup, was an American banker and philanthropist. He was the president of the American Museum of Natural History.

Jasper Grosvenor (1794–1857) was an American financier of the early to mid 19th century. In 1832 he partnered with Thomas Rogers and Morris Ketchum to form the manufacturing firm Rogers, Ketchum and Grosvenor which became the second most popular steam locomotive manufacturing company in North America in the 19th century. He remained a partner in the business until his death in 1857. 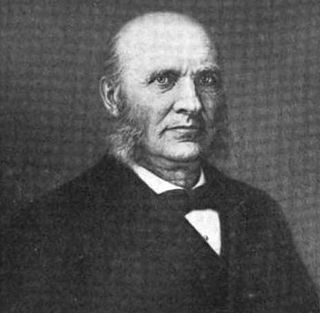 Luzon Buritt Morris was an American lawyer and politician from Connecticut. He served as the 55th Governor of Connecticut. 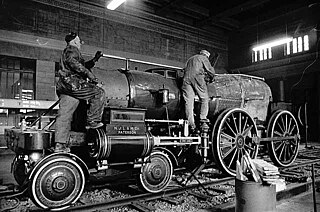 Swinburne, Smith and Company was a railroad locomotive manufacturing company of the mid-19th century. The company was founded in 1845, in Paterson, New Jersey, by a partnership between William Swinburne and Samuel Smith. Swinburne had been a pattern maker for Rogers, Ketchum and Grosvenor of Paterson, who worked his way up to become shop foreman. Smith was foreman moulder at Rogers.

Alfred Smith Barnes was an American publisher and philanthropist. He was known as "the General".

John Adams was an American educator noted for organizing several hundred Sunday schools. He was the 4th Principal of Phillips Academy. His life was celebrated by Dr. Oliver Wendell Holmes, Sr. in his poem, "The School Boy", which was read at the centennial celebration of Phillips Academy in 1878, thus recalls him:

Uneasy lie the heads of all that rule — His most of all whose kingdom is a school.

The Northern Cross Railroad was the first railroad to operate in Illinois, originating in Meredosia and eventually extending both east and west to the state borders. It eventually linked the state capital Springfield east to Decatur and Danville, and west to Jacksonville and the Illinois River, and later to Quincy on the Mississippi River. 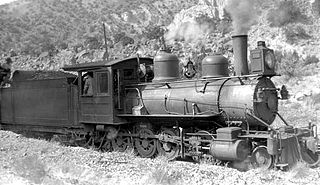 Grant Locomotive Works was a manufacturer of steam railway locomotives from 1867 to 1895, first in Paterson, New Jersey, and then in Chicago. The company built about 1,888 locomotives.

The Fourth National Bank of New York was an American bank based in New York City.

Philo Clark Calhoun was an American industrialist, banker, and politician who served as president of the Fourth National Bank of New York.